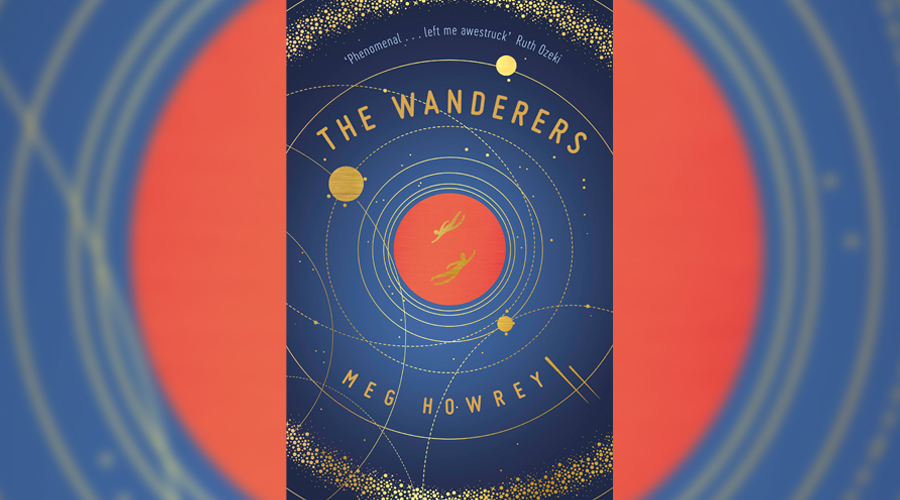 Books set in space, like Spaceman of Bohemia and Hold Back the Stars, seem to be all the rage these days. Meg Howrey’s The Wanderers is the latest addition to the canon, but I should warn those going into the book expecting it to be a dystopian thriller or space opera. While this is loosely an interplanetary novel, it shares more in common with the literary genre.

The Wanderers is the story of a run-up to a space mission to Mars where three cosmonauts – Helen Kane, Yoshihiro Tanaka, and Sergei Kuznetsov – are selected to be a part of a 17 month long simulation in the Utah desert in an operation called Eidolon. During this time they’re monitored on their abilities to endure prolonged isolation, homesickness and socialization with their fellow astronauts.

This book is not plot-driven but instead is a penetrating character study about not only each of the three astronauts but also the people they left behind. In Yoshi’s case it’s his emotionally detached and beguiling wife, Madoko. For Sergei it’s his son, Dmitri, who is a conflicted teenager, and Helen’s Achilles heel is her daughter, who’s a disgruntled comedian, still trying to find the perfect balance between being a celebrity’s daughter and a successful career woman. The narrative switches between these principal characters, giving us a penetrating glimpse into their lives.

Going into isolation for such an extended period of time forces each of the scientists to deconstruct and examine their life decisions, relationships and basically everything that has led them to this point. They indulge in a lot of soul searching and rumination, while also learning to work as a unit, and the writing delicately explores the intricacies of their relationships with each other. The group dynamics between the three astronauts shift and alter during the course of their training as they learn to adjust and accept each other’s singular habits and quirks. Nuanced portrayal of the differing psychological and cultural makeup of each scientist makes for engaging read.

“Being depressed is not the worst thing. It depends on how you address the feeling. Perhaps Sergei is luckier than his crewmates. Americans always desire happiness, so they fear sadness, unlike Russians who can draw strength from mourning. The Japanese too, Sergei understands, have an easier relationship with melancholy. Sergei is very glad that Helen is a woman and not a man. Depressed American men on spaceships are embarrassing.”

For a debut novel, the writing is pitch-perfect and finely attuned to each narrator’s distinctive personality. Howrey makes trenchant observations about family and what the advancement of science means for humanity. This books packs a lot for a single novel, which sometimes makes reading it a bit tough. It is the kind of book that academic courses love to dissect and take apart to analyze all the different themes it addresses.

I found some of the chapters extremely long and unnecessary, specifically those detailing the technical challenges the scientists have to meet. The elaborately detailed simulation complete with the staged formal farewell and protocol can feel ridiculous at times since it is ‘pretend-play’ and this is what some of their family members feel, but it allows them to mentally prepare themselves for the daunting Mars mission. I also felt that the ending was a bit unsatisfactory as there was no significant resolution, since the book ends before the scientists meet their family.

The Wanderers makes pertinent points about inclusivity and multiculturalism. The story shows that the the nationality of a person doesn’t matter; whether they’re American, Russian or Japanese, when we’re down to the bare bones, the essence of family ties and our human bonds are very much the same. This book is a multilayered and expansive work of fiction that examines the value people put on material goals and the actual price of such endeavours.

The Wanderers was published by Scribner UK on 6 April 2017