In the spirit of what seems to have been a theme of my reviews this series, I start with a question: does it actually feel like we’re ten episodes in and looking forward, next week, to the first of the two-part finale? Of course, both those facts are obviously true, but the series seems to have gone by rather quickly. A large part of that is perhaps the effect of having a three-part storyline in the middle – three episodes which didn’t really offer much depth to the Monks storyline – but the other possibility is that this series hasn’t really been that ‘memorable’.

There have been good and bad episodes – how memorable something is doesn’t necessary align perfectly with how good it is – but looking back, not many episodes stick in my mind like those of previous series’ have. Last week’s ‘Empress of Mars’ is perhaps buoyed by recency bias, but that was the most memorable of the series; beyond that, it’s a bit murkier. ‘Smile’ and ‘Extremis’ spring to mind the quickest, but generally, the episodes haven’t had a particularly long lifespan, and don’t seem the sort to have me scouring YouTube for clips years later, as is the case for older episodes of New Who.

I mention this issue of memorability, because it feels like it’ll end up being applicable to ‘Eaters of Light’ too. Here and now, writing almost immediately after the episode, there’s plenty to say; whether it’ll still be on my mind in a couple weeks… time will tell. But that’s a matter for the series review. So, to the ‘plenty’ of things. 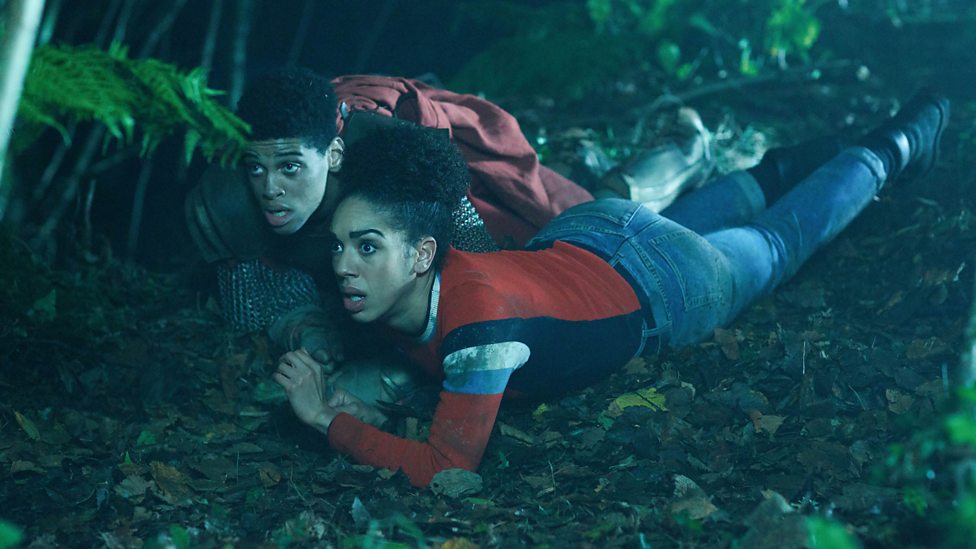 ‘Eaters of Light’ continued a couple of running threads, including the development and contextualisation of Bill’s characterisation. While her status as a black lesbian lead on the show has been explored in various ways through the series, significantly, it hasn’t always just been in finding scenarios in which she stands out. The concerted focus of ‘Thin Ice’ zoned in on Bill in Victorian London well, and ‘The Pilot’ was a rather twee ‘love conquers all’ type-affair, but other episodes have instead placed Bill within a universal context; literally, the context of the universe, which unlike most shows, Who can actually visit. In that sense, ‘Eaters of Light’, through a brief passage of dialogue concerning Bill’s sexuality, becomes equivalent to ‘Oxygen’s’ focus on ethnicity, where it was Bill who, caught off guard, veered towards bigotry in encountering the blue-skinned Dahh-Ren.

Here, Bill fobbed off Lucius by carefully trying to explain that she wasn’t interested in men… only to find that he was bisexual, Vitus – another Roman in the group – was gay, and Lucius found it ‘sweet’ that she ‘restricted’ herself to ‘just’ women. The scene was typical of Doctor Who’s approach to history, in that while there certainly is an abundance of evidence of sexual liberation including lesbianism within Roman literature and artefacts, the scene does somewhat overlook the persistence of gender roles imposed upon women even with an acknowledgement of their sexual preferences. But perhaps that’s too much nuance to cram into a brief scene that is largely immaterial to the overall narrative of the episode.

In any case, it was interesting for Bill, as it again provided a subversion to her (and the audiences) expectation of her ‘otherness’. Both times, she is the outsider, just not in the way you might expect. Incidentally, ‘Oxygen’ and ‘Eaters of Light’ were part of the same filming block for the series – I always find non-chronological filming to be bloody weird, even though it’s rare for shows or films to shoot chronologically (see The Revenant) – but I doubt that had any impact on the thematic overlap of the two. 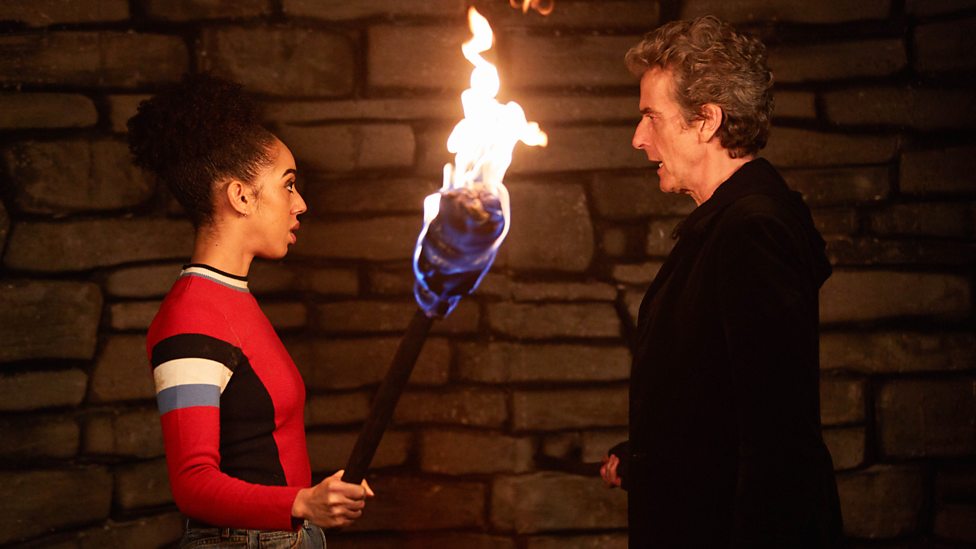 What’s also interesting about the episode with regards to Bill’s sexuality is that it continues her overt lack of ‘successful’ relationships. She barely met actual Heather in ‘The Pilot’, prior to her becoming ‘the pilot’, and her dates with Penny across the ‘Monks Trilogy’ ended up constantly interrupted by various world figures. It’s an interesting break with precedent for the show, as since the start, she’s the first companion of New Who to not have a relationship.

Rose had Mickey (and the Human Doctor in the end, too), Martha had Tom Milligan and then Mickey, Donna was nearly married and then eventually was married, Amy and Rory were, well, Amy and Rory, and Clara had Danny. Some of those relationships were more short-lived than others, and some were better handled than others, but it has been a general ‘thing’ of the show. The change for Bill is good in a way, moving the focus away from a need for a romantic element, but at the same time, it’s perhaps unfortunate that the break should come with the companion who signals a first lead portrayal of another sexuality on the show.

Returning to the episode, I’ll just say this again, as I have a few times this series: the effects have really improved since even series 9. There wasn’t a core need for frequent CGI in ‘Eaters of Light’, but the depiction of the alien dinosaur-looking-locust-things was a continuation of the standard we’ve seen this year. Saying that, I’m not sure it’s absolutely a good thing that the effects on the show have reached the kind of parity where any concept can now be realised without looking too corny. I mean, of course, visually, it’s great for things to look ‘real’, but perhaps it’s a contributing factor to the show being less memorable?

With more visually compelling aliens and locations, there’s less onus on the viewer to buy into the episode, less need for their effort towards a suspension of belief. With worse effects, you have to create the suspense yourself – the Werewolf of ‘Tooth and Claw’ looked bloody ridiculous even for 2006, but it worked with one’s belief as a viewer – and with better effects, you can just sit back and ‘enjoy’. 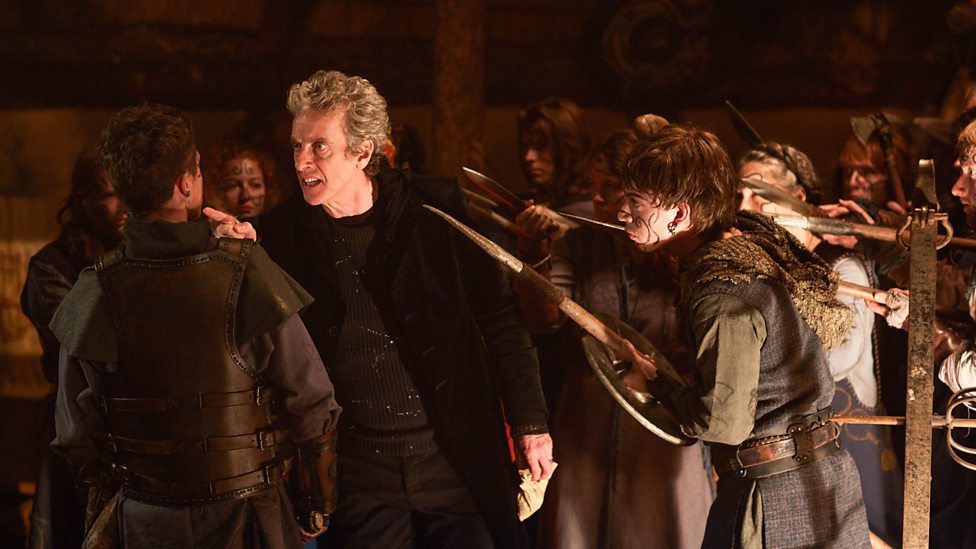 The effects were particularly important, however, to the alien-dinosaur-looking-locust-things, mainly because looks were all we really had. The Doctor was there to fill in a few gaps as usual – they looked for gaps between dimensions, feeding on all the light they could find, even the Sun if they got the chance – but it was a rather shallow backstory. With the lack of focus on the development of the monsters – they remained unnamed, hence my rather exaggerated placeholder – more time was devoted to developing the ‘heroes’. With the split focus between Bill leading the Romans, and the Doctor leading the Scots, we got the same theme of youth, war and growing up twice over. Both camps were young taking over the roles of their deceased elders; Lucius was the commander and known as ‘granddad’ at 18, while Kar looked a similar age, and was left in charge too.

With the theme of growing up, the ending as it occurred was always going to happen: the two factions banding together to defend the portal. But it was another ending to an episode this series where the Doctor was fundamentally right. He was expendable, unlike Lucius, Kar et al, precisely because he wouldn’t die, unlike them. It made sense for him to be the one who stayed behind – he did 4.5 billion years in ‘Heaven Sent’, for goodness sake – yet the script had him written to make a rather lacklustre argument. There was little mention of how stupid it was for them to sacrifice themselves, nor any mention of ‘Heaven Sent’. Morally, perhaps it was ‘their fight’, not his – and obviously, such a resolution was emotionally compelling through their martyrdom – and as Nardole reminded us outside the cairn, the Doctor is a man of secrets, so he wasn’t going to reveal some just to make a point, but a sacrifice that simply doesn’t need to happen is a pointless sacrifice.

That certainly seemed to be reflected by the sort of wry smile on the Doctor’s face as he discussed the issue with Bill afterwards, the sort of look that said ‘humans, what are they like?’ Much though I have enjoyed Capaldi’s stint as the Doctor, I’m very much looking forward to his regeneration, mainly because it’ll be so enjoyable and refreshing to have a scene where the Twelfth Doctor is allowed to bloody die at last. But then, you just know that, in writing those lines, I’ve jinxed it now. After all, Steven Moffat has promised an ‘unconventional’ regeneration…