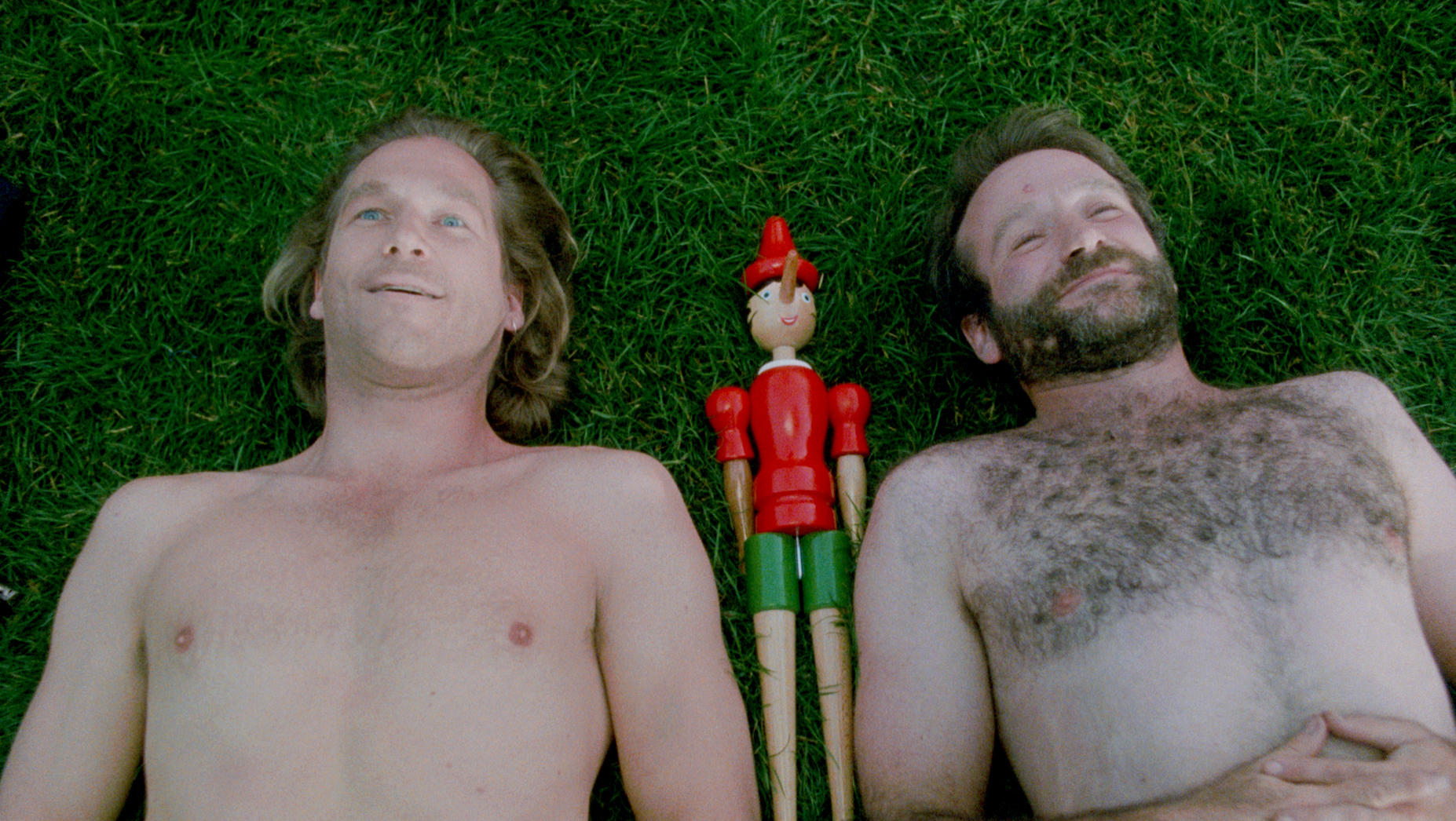 Terry Gilliam, describing the unconventional plot of The Fisher King to the studio, must have had a few confused looks in response. Unlike Brazil and Time Bandits, Gilliam didn’t write the screenplay. Instead, he turned to a script by Richard LaGravenese and actively sought to create a film that cost less than his $45million The Adventures of Baron Munchausen. Indeed, The Fisher King is less surreal and more of a romance with a sprinkling of dreamy elements that give away Gilliam’s involvement. It earned plenty of awards, including a nomination for Robin Williams for Best Actor, while Mercedes Ruehl took home the Supporting Actress statuette. This is a special, heartfelt film that actively seeks to find the meaning of success, however strange the story may be.

“You find some pretty wonderful things in the trash” says Parry (Robin Williams), as he hands his date, Lydia (Amanda Plummer), a small sculpture, crafted from a champagne bottle top. But this isn’t his story. Instead, Jack (Jeff Bridges) kicks off the film offering harsh advice to callers on his radio show. He is oozing power and success, blissfully ignorant to society as he gloats about his upcoming transition from radio to television. He’ll be a star. Repeating “forgive me”, with subtle differences and adapted intonations, he notices the news. Advice to a caller led his listener to enter a bar, pull out a shotgun and murder many of the drinkers within. Jack’s success is over and, shifting three years later, he is on the verge of suicide, only to be saved by a homeless man – Parry. It turns out that Parry’s wife was killed in that bar and Jack takes it upon himself, and with the help of his girlfriend Anne (Mercedes Ruehl), to help Parry meet another woman he has fallen for. Jack assumes that this selfless act will correct the horrors of his past. 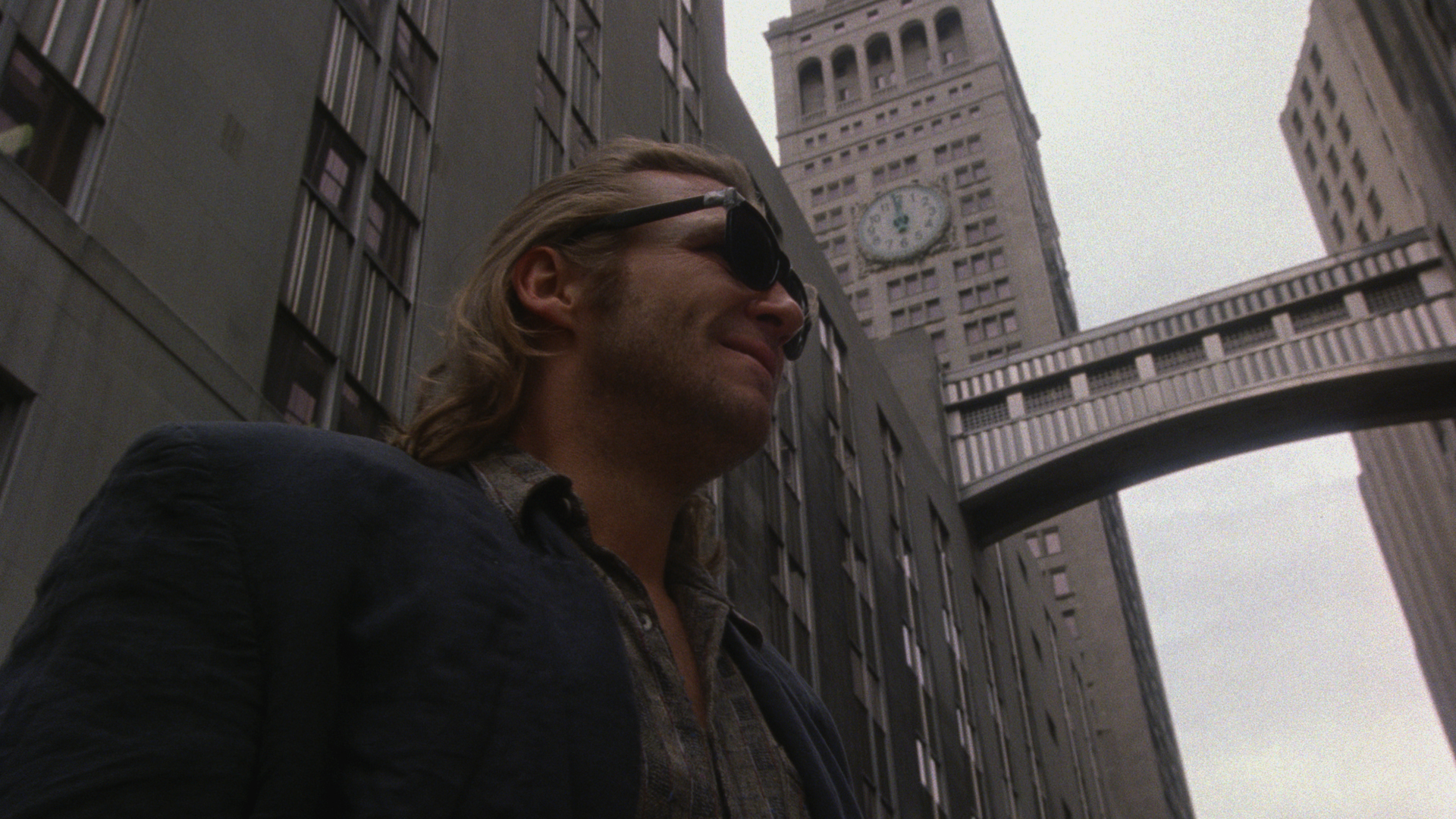 While the relationship between Parry and Jack provide the core of the film, their respective partners and prospective lovers, Lydia and Anne, are what hold them together. The Fisher King is a reflection on grief, forgiveness and regret. The umbrella that shelters the story is in the guise of the urban grit of New York. In one scene, the view of the Brooklyn Bridge is in the background of a dark, junkyard spot, as Parry becomes the victim of an attack. It is in stark contrast to the beauty and elegance of Woody Allen’s Manhattan, whereby the homelessness and reality of the city is airbrushed out of the iconic Brooklyn Bridge image.

Gilliam ensures that his creative flair isn’t lost either. There’s an unforgettable, sublime dance of the hustle and bustle of Grand Central Station. Parry’s demons, in the guise of a fire-breathing knight on horseback, follow him and hunt him down. 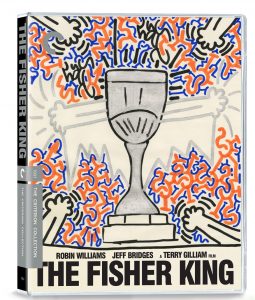 Happiness evades him as this guilt is always on his tail. But the scope of The Fisher King is bigger than just these men and, between a Holy Grail plot and a man who struggles to understand what love is, what Jack realises is how his self-centred approach is not what truly makes him happy .

The Fisher King is an acquired taste, where we are distracted from the plot with ease. But there is sense in this madness. Between Gilliam’s innovative direction, Bridges, Williams, Plummer and Ruehl all on top form and the impressive, New York setting, it is difficult not to fall for the sincerity and beauty of The Fisher King.

The Criterion Collection: The Life Of Oharu Review