After the release of Solaris in April, Criterion naturally progressed to Tarkovsky’s Stalker. Released in 1979, this sci-fi journey into the unknown remains one of the most important films of the twentieth century. Its influence continues to this day, with Jonathan Nolan, co-creator of HBO’s Westworld, citing it as a key influence to the series (“stunningly beautiful, thought-provoking piece”). Stalker uses immersive environments and philosophical conversation to ask profound questions without revealing a clear answer. Visually, Stalker is an incredible achievement, with a quality that feels timeless, inviting you into the world Tarkovsky has created. While cinema may be the ideal way to appreciate Stalker, this 2K restoration is sharp, vivid and textured, creating an experience that’ll be difficult to forget.

The Stalker (Alexander Kaidanovsky) wakes. His wife and child sleep by his side. The world is bathed in yellow. Set in the future, he is tasked with taking two men – a professor (Nikolai Grinko) and a writer (Anatoly Solonitsyn) – into The Zone. A sealed off area, The Zone is guarded by armed government men and the promise of a supernatural location that could change humanity forever. Past the forest and fauna, and through the decaying factories and motionless tanks, is a room that will grant you your deepest desires. Men have ventured in and emerged with their needs satisfied. Nevertheless, the Stalker’s wife begs him not to leave and her agony in his departure gives the impression this may be a one-way trip. As they venture deeper into the territory, full-colour replaces the sepia tone from the beginning and the thick, lush plants dominate the landscape. But bodies are strewn on the land and danger surrounds them. 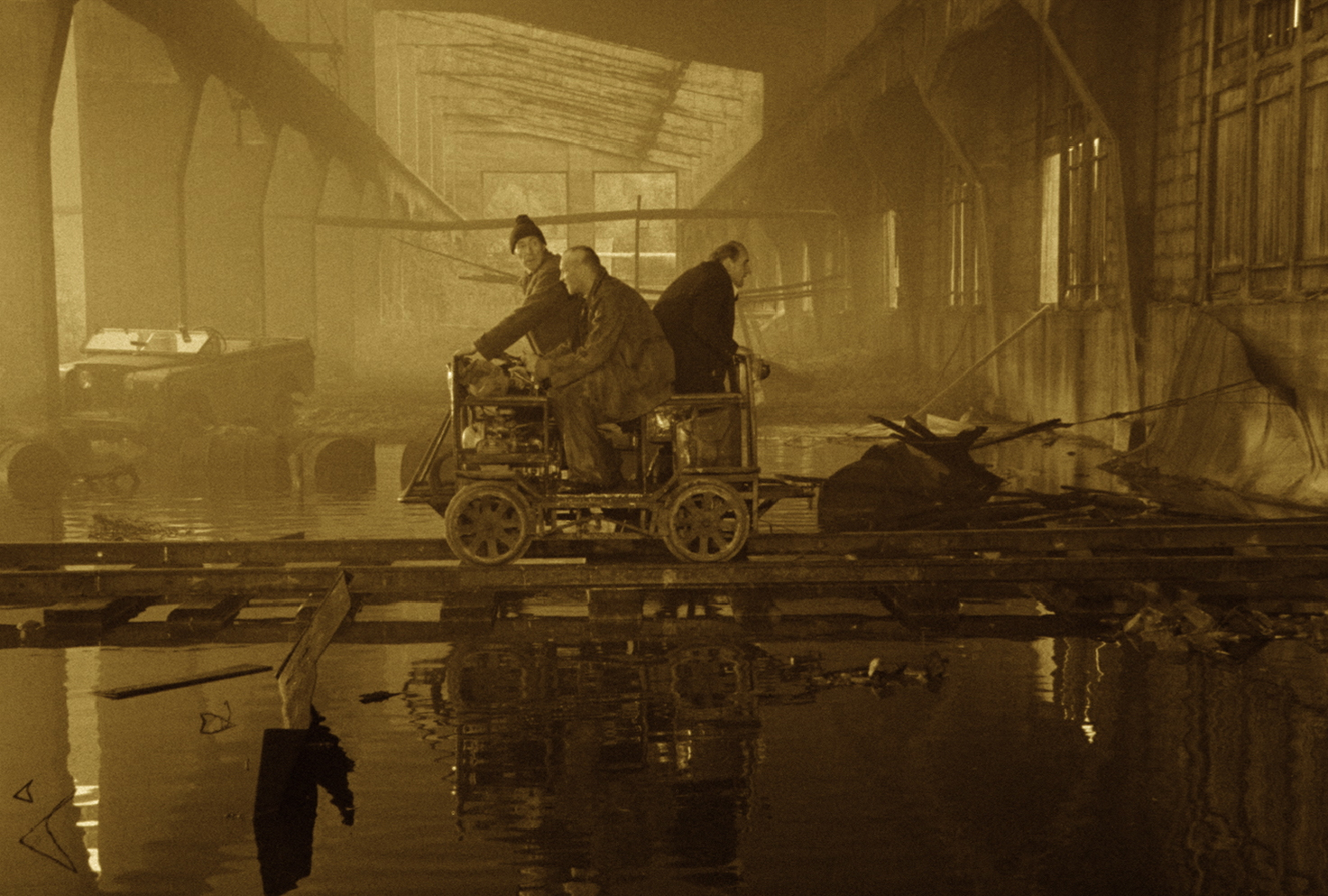 “Mankind exists to create works of art, [they are] great illusions”. Once you’ve seen Stalker, you realise how much of an impact this art piece has had. Recently, both Alien: Covenant and Dawn of the Planet of the Apes combine the journey into the unknown with profound questions about humanity. The promise of The Room, that “gives you all you desire”, is an ambiguous, unclear goal but it suits our own diverse and unique perspective. What we desire could be a sincere, conscious dream, or a sinister, subconscious demon that’ll destroy our life. Tarkovsky is happy to tease these ideas, and he lets them fester in our mind. A long sequence, as the three traveller’s journey on a small train, is hypnotic and tense until the first shot of full-colour hits. It washes over us like a cool waterfall. Is The Zone more real than the world outside?

During Part One, mechanical objects amongst overgrown grass present the dichotomy of nature and man-made objects. Clearly, the men and their armies could not survive The Zone. But when we switch to Part Two, we are for the most part, inside. Fears of the past threaten the Stalker’s nuts-and-bandages guiding, but they venture deep. Through a “dry tunnel” that’s soaking wet, and past the “meat-grinder”, where it appears as if small mountains of dust are all that remain of the humans before. Constantly, Stalker creates scenes and shots that are layered with surfaces and texture. Hot embers alongside cool water and curved mounds beneath horizontal and vertical rusted surfaces. Everything is decaying, with scars left on buildings, but we’re lost together. 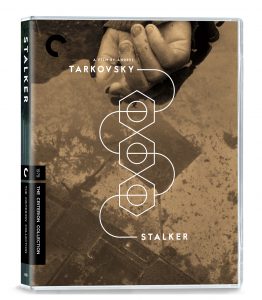 Often, Tarkovsky will use doors to frame a composition and we peer through to see the characters interact. It’s a glorious technique that is more accustomed to paintings rather than cinema.

In the final act, the line “you must believe” is repeated. Stalker is, initially, a difficult journey. But, as we wander the Zone with talk of faith, hope and philosophy, you cannot help but be entranced by its power, and be left speechless in its final moments. Once you see it, you must believe.