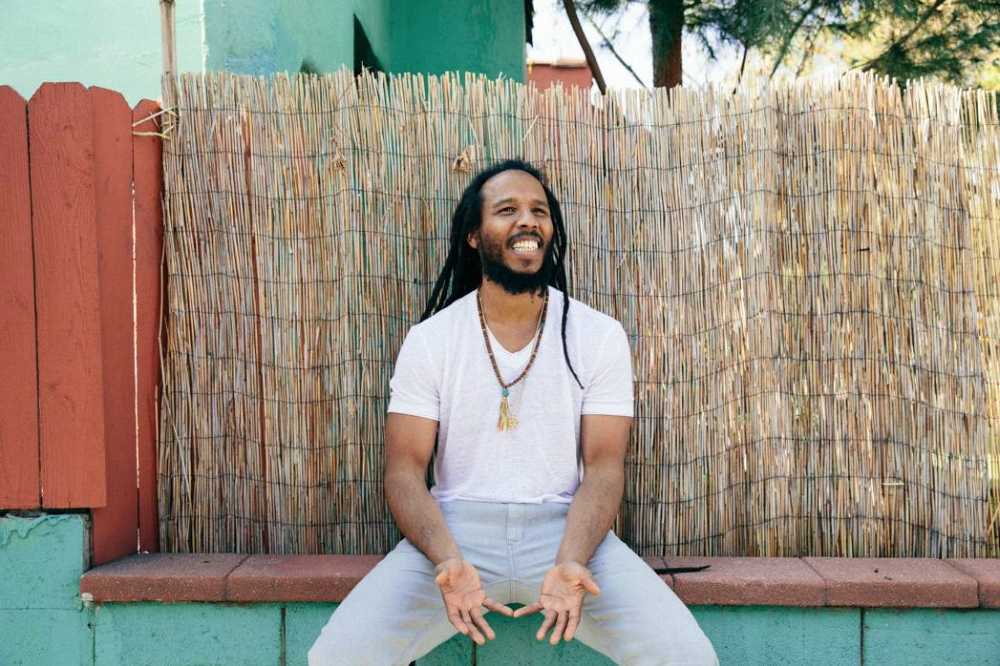 In a few weeks Ziggy Marley will be returning to the UK to play at the world’s largest reggae stage, The Lions Den at Boomtown. Son of the infamous Bob Marley and a reggae legend in his own right, we had a chat about his upcoming performance and the current social climate.

A recent release of yours, ‘See Dem Fake Leaders’, shines a light on politics and those in power. Do worldwide politics affect your music?

Well, we are all citizens of the world you know and we have a voice. We have feelings and thoughts, we have compassion and love. So when we see suffering wherever we see it, as a human being it affects me personally and I just feel like there’s a lack of good true leadership in the world.

All over the world, in every aspect of the world, because if in this modern time we as human beings can’t find a way to stop all these global conflicts and religious conflicts, then what kind of leadership do we have?

How can we have leaders that after so many centuries of repetitive division and war, have us living in the same world, the same planet, the same land that we were living on a hundred, two hundred years ago, still fighting? Doesn’t that mean there should be a change? So yeah, leadership is a problem.

Leadership and politics should be guided by democracy and people voting the shape of their future, something that young people are often described as being disinterested in. Why do you think this is?

The next generation have too many distractions and really it’s a trap, you know. All this stuff is a veil that’s put over our eyes so it’s not even a case of ‘I don’t want to get involved with what’s going on’ because some of us don’t even see it. Some of us don’t feel compassion because every day different things are shining in our eyes. Digital stuff and all these things to buy.

It’s funny you should say that because at Boomtown there’s a storyline that runs throughout the festival which lightly reflects society and this year one of the themes is how bombarded everybody is by the digital world; images in your face all the time and how it does distract you from the real things in the world.

Yeah, it’s true – but we can use it too, that’s why we’ve got to be smart! Some people get caught up in it but it’s a good wake up time now you know, it’s time to wake up.

Do you think reggae music can play a part in changing wider society?

I think all music has a part to play. Music can play in the background but it’s what the person is saying in the songs and what that means to people. We choose what we say so that’s the most important thing – the people putting words on the music. I think the part we can play is in the evolution of humankind. Everyone, the world, the Earth, because really the people in the world need to evolve so that we can live in a better place for everyone.

Is there anything you’d like to say to the people who’ll be coming to see you at Boomtown?

Yeah, you know we don’t get to see each other a lot. I don’t come to the UK a lot so I’m looking forward to seeing everyone and just playing some music and sharing in some vibes with the people. That’s what it’s all about, sharing vibes with people!