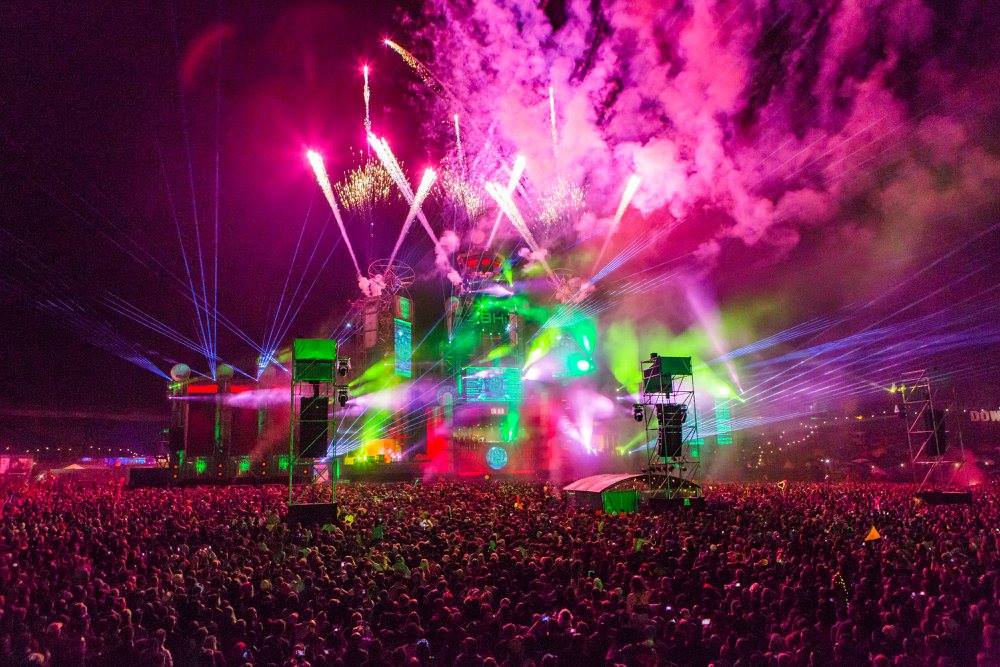 It’s August and the rain is pouring down as we trundle our way up the A303 towards Winchester and the magnificent city that is Boomtown – my favourite weekend of the year. As my overheating car pulls into purple gate, a sea of mud and a queue of traffic greet us. Welcome to Boomtown my pretties!

Boomtown has received some bad press in recent years and I’m here to give the truth, to show you the reality behind this completely immersive music and arts festival. It’s an event that follows a storyline each year, with every punter becoming a citizen of its amazing purpose-built streets. Each nook and cranny holds secret doors and small stages, as well as actors waiting to jump out on you and give you a mission; you build yourself into a character for the weekend, donning whatever jazzy attire you please (or very little clothing if you wish).

A city pops up in the middle of the Winchester countryside, taking you through different generations and eras: The Wild West, Sector 6 (a powerplant), Chinatown, Bang-hai Towers (the corporate conglomerate symbol of power) and even The Lion’s Den in Trenchtown. Each area is dedicated to helping you lose yourself and become part of the Boomtown world; everything is meticulously designed and painted, with performers roaming in character and different parts of the storyline popping up throughout the festival. This year, to make it even more immersive, they designed an app that would gain you citizen points for missions before you even arrived at the festival. The people with the most points were displayed on the stages on the last night.

Boomtown features an eclectic mix of music genres. With ‘Uptown’ offering up folk, reggae, rock and acoustic, and ‘Downtown’ bringing DnB, house and punk, the festival caters for pretty much everyone.

This year’s event had numerous highlights; my first was walking barefoot through some extremely thick mud to get my wristband (I wore flip-flops and it rained a lot). Downtown has many fair ground rides and what’s more fun than going on some dodgems when a bit intoxicated? After a quick bumper car interlude it was time to go and see some music. The stop off was The Devil Kicks Dancehall where I watched a ska band called The Dreadnoughts. As we leapt about the dance floor, frolicking over bags and skanking like we were one a catwalk, I realised this was the start to one hell of a weekend.

Cypress Hill outshone all other performers at the festival, delivering one of the best performances I’ve ever seen and it seemed that the majority of the festival had turned up to see them. The crowd was electric, bouncing off each other’s energy and creating an atmosphere that made you feel part of something great. The band headlined Friday night on The Lions Den, following on from a great show by Toots and The Maytals who got the sun shining and the crowd jumping.

One of the great things about Boomtown is you can casually stumble upon great acts such as Kila, a band who have been together for 30 years and play electro folk. Having listened to them after the festival I can 100% say that these guys are so much better in the flesh. Another band I stumbled across was Los Kamer, a gypsy jazz band from Mexico who played in the Old Town Docks and were insanely good.

Boomtown 2017 was magical. Whether you were embracing the gabber in the woods with psychedelic butterflies flapping above your heads, or flailing your hippy limbs out at The Old Tin Mine, the setting, the weather and the company made the festival my favourite event of the year. All the effort that goes into making it so special definitely pays off; from having a Kidztown carnival parade that winds its way through Old Town into Mayfair to the extravagant closing show. Now to deal with the severe Boomtown Blues.