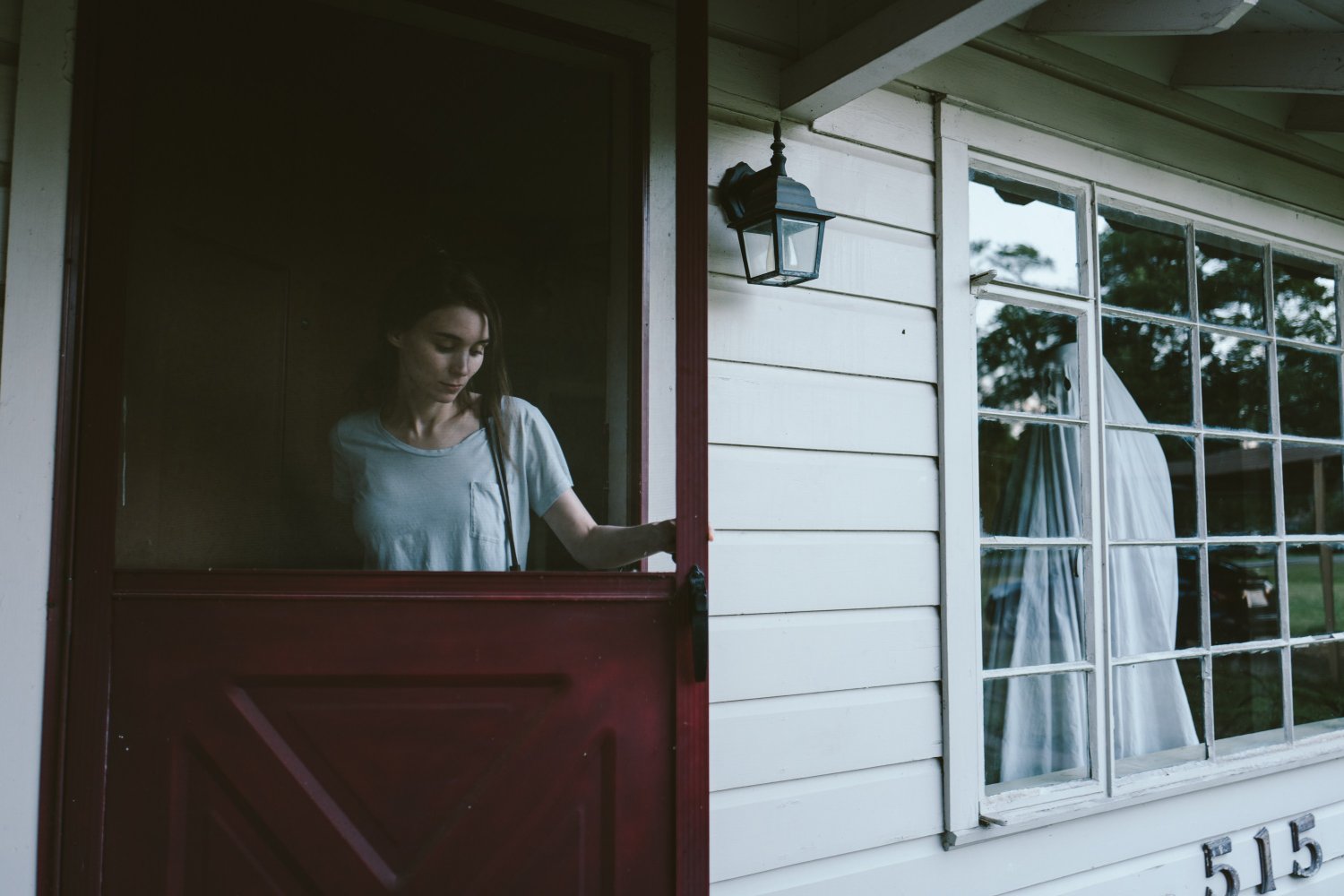 Set in a small house in a quiet Texas town, A Ghost Story tells the story of C (Casey Affleck) who spends his days making new EDM music while his wife, M (Rooney Mara), is eager to move away and unsure about exactly why her husband is so attached to their new abode. The first act is an intimate portrayal of the couple as they go about their lives until C is killed in a car accident. That’s not a spoiler but rather the film’s jump off point to morph into something more surreal.

In places, A Ghost Story feels Malick-esque, in the way that Lowery centres the film on the relationship between C and M, yet he has his eye on telling a much larger, more cosmic story. In other places, it feels so far removed from anything you have ever seen before. Lowery effortlessly bends horror conventions to his will, manufacturing a strange, slightly macabre mood piece that’s as ethereal as it is inventive. It swiftly meanders around the genre, tapping into familiar iconography, conjuring up haunting and arresting imagery that will linger like a spirit in your mind.

One scene in particular sees Affleck’s ghost drift across an empty field wandering aimlessly, it’s simple but incredibly chilling. Much like It Comes at Night and Personal Shopper, A Ghost Story isn’t designed to scare you yet uses the framework of a horror film to examine grief and loss. If you go in expecting a traditional ghost story you will be disappointed but if you are willing to open your mind there is a lot on offer.

The manner in which Lowery handles the passing of time is an impressive feat, which adds a much needed level of emotion to the film. It would have been easy to rely on time lapses but Lowery utilises editing to full effect, conjuring up surprising yet breathtaking visuals. 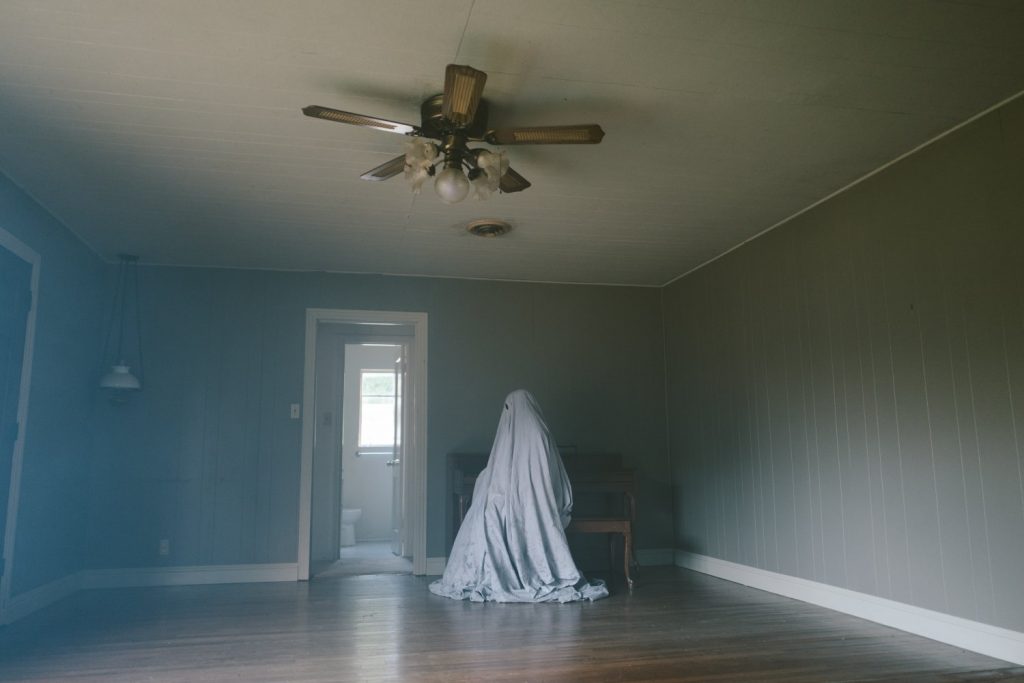 It’s a bold move for Affleck to follow up his Oscar success with a film where he is covered by a bed sheet for most of its running time but the actor manages to somehow still convey emotions with just the use of his body movements.The film’s success hinges on the believability of Affleck’s spectre. At first it feels more like a last minute Halloween costume than a convincing ghost but as he drifts through the film’s narrative and haunts the film’s background he quickly becomes more convincing, especially after one particularly menacing scene that flips a traditional ghost story trope. Let’s just say Affleck as a ghost is more convincing than Affleck as an EDM artist.

Affleck makes the most of his screen time as an actual human and manages to create a fleshed out character in the short minutes he has. The two actors’ chemistry paints a realistic relationship, aided by Lowery’s decision to capture the couple in long, intimate takes. While the last two thirds slowly usher Mara out of the film, her presence in the opening is fiercely powerful. Mara’s definitive scene sees her gorge on an enviable amount of chocolate pie but while on the surface it may appear humorous, it’s a perfect depiction of the character’s crippling despair. A single tear sits on the end of her nose as she stares into nothingness.

To discuss the third act would be to spoil the film’s pièce de résistance. It won’t be to everyone’s tastes but if you allow it to ruminate, it intrigues with its complex conceit. Despite the impressive power of its concluding third, some scenes do feel prolonged to make up running time rather than having an relevance to the narrative which can becoming grating and its slow pacing and near-silence may alienate some who wrongfully tag it as “artsy”. Yet, Lowery’s latest film is a think-piece/mood-piece that will linger in your mind for a while to come.