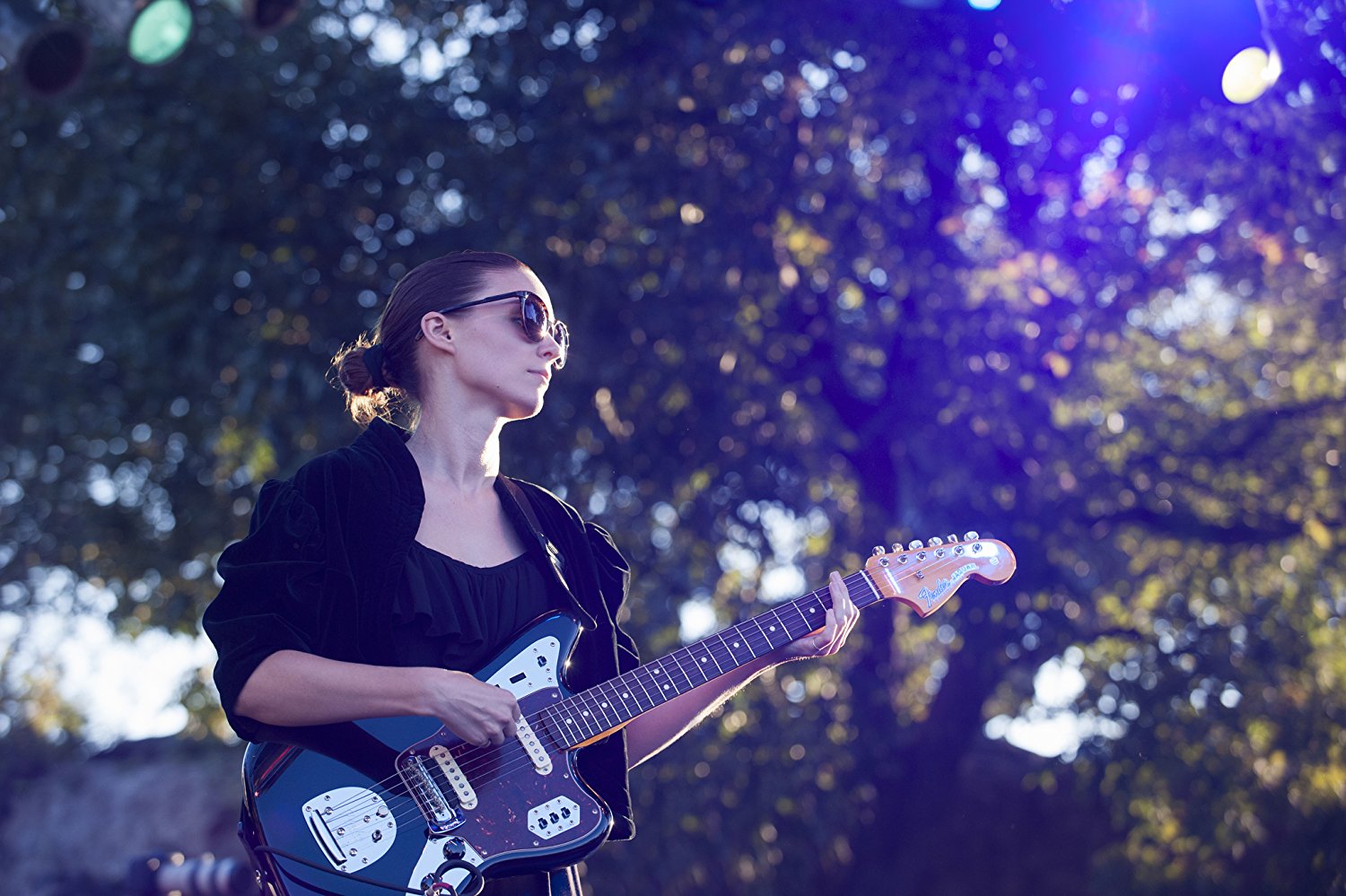 “Any experience is better than no experience” narrates Faye, the closest thing to a lead role, in Terence Malick’s Song to Song. Malick has been prolific since 2011’s Tree of Life, with To The Wonder and Knight of Cups released in recent years, until this year’s Song to Song. Starring Rooney Mara, Ryan Gosling, Michael Fassbender and Natalie Portman, this is a stellar cast who bring their A-game to this romantic and profound fiction. I imagine, akin to Woody Allen, the opportunity to work with Malick is one that can’t be passed up.

Faye (Mara) is an aspiring musician on the Texas music festival circuit. BV (Gosling) is in a similar position, with aspirations of songwriting and success. Cook (Fassbender), in contrast, is a powerful and wealthy producer. This is the type of person who can make things happen. He’ll pop into recording sessions and laugh with the talent and hold drunken parties that attract the best looking men and women, and they’ll strip off as if they are offering themselves to him. BV and Faye, among those who crave Cook’s influence, meet at one of these parties and fall for each other. Unbeknown to BV, Faye and Cook are sleeping with each other. They grab and pull at each other in the throes of passion. Faye is damaged, aware of this self-destructive attraction, and is conflicted as she hangs on the promise that Cook can help her achieve her dreams. In contrast, BV and Faye are slowly falling for each other, deeper in love rather than lust. Their love-making is tender and they laugh, touch and get lost in each other. Not all relationships last, and we see the slow disconnect between the three. BV, Faye and Cook, separately, meet others and move on. But the memories still haunt them and their relationship demands closure. 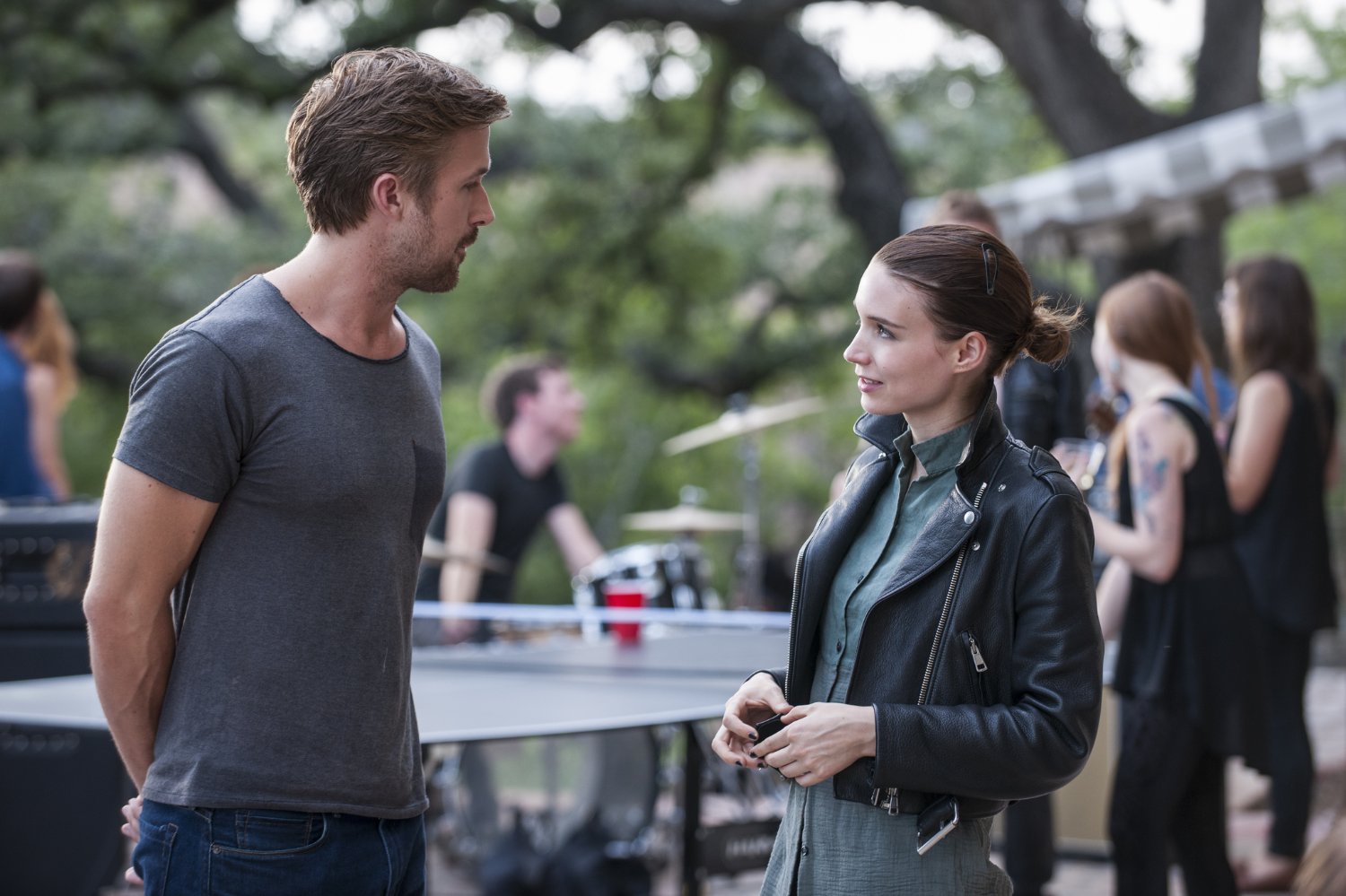 Surrounding the three-way romance is music. They share intimate moments while holding headphones in each others ears; they secretly kiss and exchange glances behind the stage of enormous Austin gigs; sharing conversations with icons of music including Iggy Pop, Flea and Patti Smith. Cook is in charge of an intoxicating and infectious world of creativity and affluence, and the attraction Faye has towards the Cheshire-cat grinning Cook is easy to understand. His control and hypocrisies are minor glitches from the outset, but they fester and spread as any relationship progresses. As Rhonda, Cook’s muse and wife, Natalie Portman expertly captures a tortured soul; it’s a taste of what happens to those who trust in such a loathsome figure.

As director, Malick is constantly moving. His camera roves inside and outside, capturing the light effortlessly on the soft skin of the characters. Stunning suns set in the back of playful embraces and stolen kisses. They may be in loving or abusive relationships, but the glorious cinematography ensures that beauty is never ignored. We wander empty rooms of affluent homes. People play with the curtain and they toy with each other. 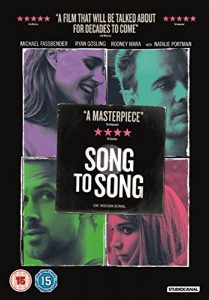 Considering how recently Ryan Gosling starred in La la Land, it is curious how he again plays the wannabe musician, singing songs to his lovers. But it is withdrawn and often hidden. The talent of both writers is not confirmed. BV and Faye once believed Cook would be their saving grace. In fact, he is a destructive, dangerous force. Are they unskilled lackeys or star-crossed dreamers? The plot jumps from family to friends, past to present. A free-spirit damages relationships and both BV and Faye struggle to connect with their families. Living “song to song, kiss to kiss” may be thrilling, but it bends and breaks those fragile connections. Crucially, we see those connections and witness how such a volatile period, like long claws, stretch out and affect others and impact on the future. Song to Song is impressive and immersive; an escape to a world you may dream of – but scratch the surface, and a sordid truth squeezes out.

Song to Song is available on DVD and Digital now.