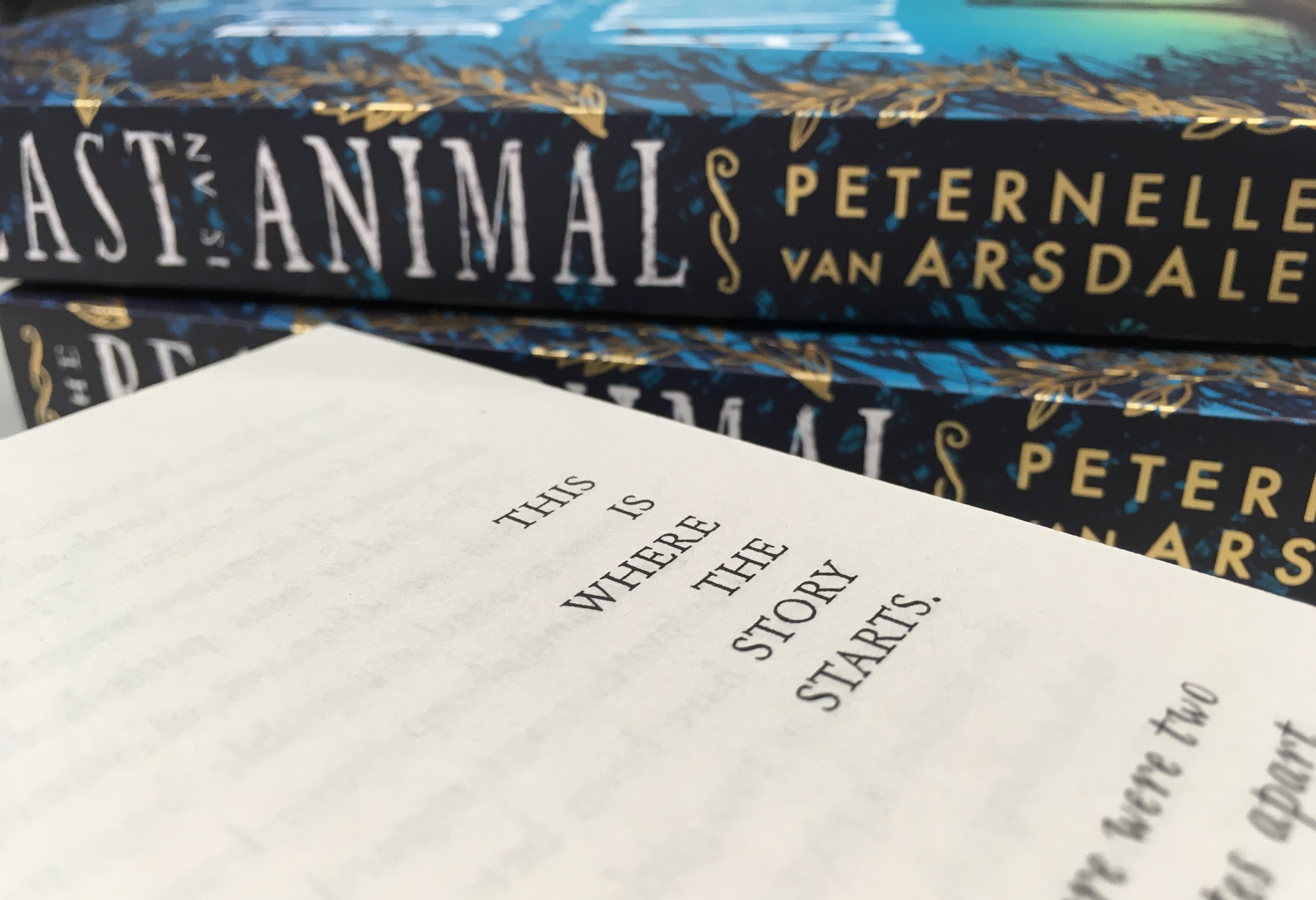 To celebrate the publication of The Beast is an Animal, author Peternelle van Arsdale discusses the darkness of fairy tales and the way they inspired her young adult novel.

When I’m asked what kind of novels I write I always say “dark fairy tales.” The “dark” part of that description is key, but at the same time it feels superfluous. Fairy tales were never meant to be bright and sunny, and the classic ones collected and retold by the Brothers Grimm rarely are. Entertaining, for sure. Instructive, sometimes. But not light. Not romantic, not really. Even the fairy tales that end in marriage to a royal are weighed down by desperation. Girls don’t marry princes and kings for love. They marry them to be safe—or because they have no other choice.

Think about the young woman in Rumpelstiltskin, my favorite fairy tale. Who’s more desperate than her? More betrayed? Her father lies about her to the king as a way to curry favor with him. And the king – presumably already very rich – can’t resist the lure of even more gold. So he makes a deal with the father that if his daughter will spin straw into gold for him, he’ll marry her. Oh, and if she doesn’t succeed, the king will kill her. When she fools him into believing that she can spin gold, she’s rewarded with marriage to a man who would have murdered her. That seems…unromantic, at minimum. Not so much the modern, Disney version of a fairy tale. 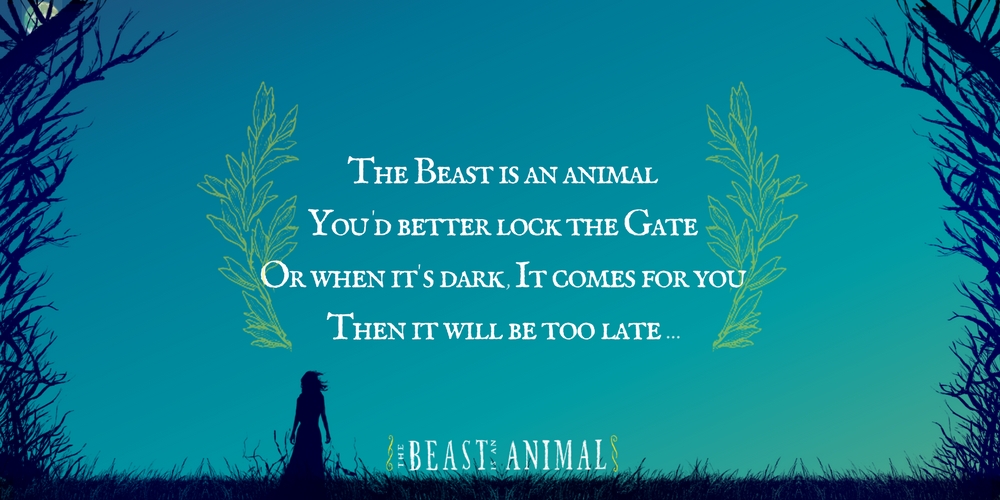 Marriage in classic fairy tales – as was the case at the time the stories were first collected – was typically transactional. Women and female children were vassals to be traded. Think of Beauty in Beauty and the Beast, which begins with yet another painful betrayal by a father. He lets his daughter stay with a creature he believes to be a murderous monster in order to save his own skin. Certainly Beauty is rewarded in the end, but that wasn’t a foregone conclusion when her father said goodbye with all his limbs intact. Children – and female children in particular – in fairy tales are repeatedly subjected to abandonment, and it’s only via their cunning or extraordinary beauty or improbable goodness that they manage to survive.

It’s the ones who survive by their cunning who most interest me. Not coincidentally, the deployment of cunning is also where the moral ambiguity often come into the stories. The classic fairy tales are full of such gray areas. I don’t blame her, but the young woman in Rumpelstiltskin tricks and lies to the little nameless guy who saves her neck. Arguably, he’s the one person in the story who’s been most truthful. He is what he is. The same can’t be said of the father or the king. Deception – not goodness – wins the day in Rumpelstiltskin.

Think of Hansel and Gretel. In the original telling, the children are sent into the forest to starve by both of their natural parents. Then that was apparently thought to be too awful, so the mother became a step-mother. The children, as we know, find their way to a witch whom they kill by clever means. I’m not making any judgments about self-defense here, but the fact is: Gretel killed a person. After killing her, Gretel and Hansel take all of the witch’s treasure, and they return to the father who led them into the forest to starve in the first place. Essentially, they’ve bought their father’s love. We don’t find out what happens after that, but personally, I wouldn’t turn my back on Dad. 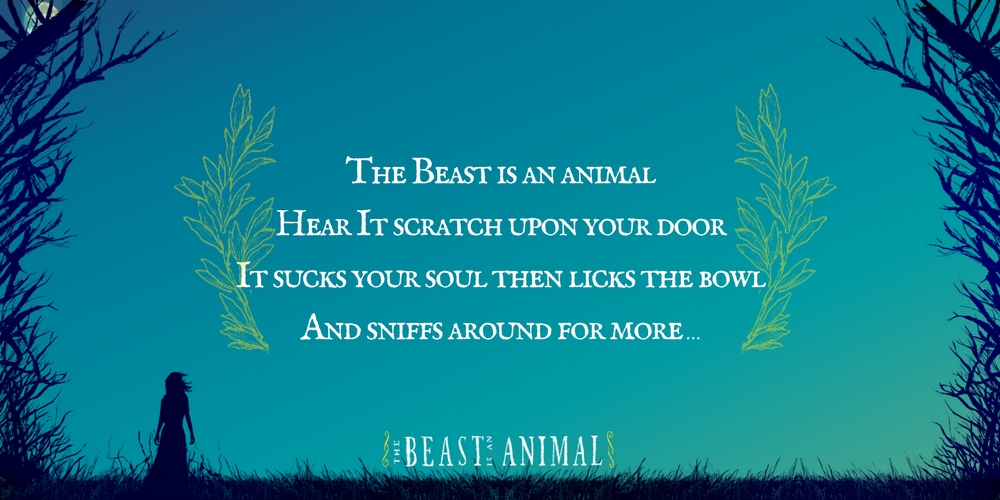 Fairy tales have never been about romance or the rewards of goodness. They’re about the things that most frighten us: abandonment, death, starvation, vulnerability, witches (and all that they embody). They’re about the terrible things we do when we’re frightened. When I set out to write a fairy tale of my own, I dwelled in that moral ambiguity, and I wanted the reader to do so as well. The protagonist in my novel, The Beast Is an Animal, Alys, isn’t a natural hero. She isn’t convinced by her own rightness. She doesn’t presume to lead, or wave her beliefs in front of her like weapons in the fight against evil. Instead, she’s terribly afraid that she’s evil herself. She looks inside and sees all that she’s capable of – and much of that is scary. She doesn’t assume that the monsters are someone other than her, or that monsters look different from her. The person she’s most afraid of is herself.

I’m at work on my second novel now, and it is also a (dark) fairy tale. And once again I’m sinking into those moral ambiguities. Once again my protagonist is using everything she has inside of her – the good and the bad – to survive. She’s unsure if she’s right, but she keeps trying to be. Yet some might consider her a monster, and this pains her deeply. I’d like to tell her it’s the folks who are so sure they’re not monsters that scare me the most. But I think she knows that already.

The Beast is an Animal was published by Simon & Schuster on 21 September 2017. Read an extract from the book here.