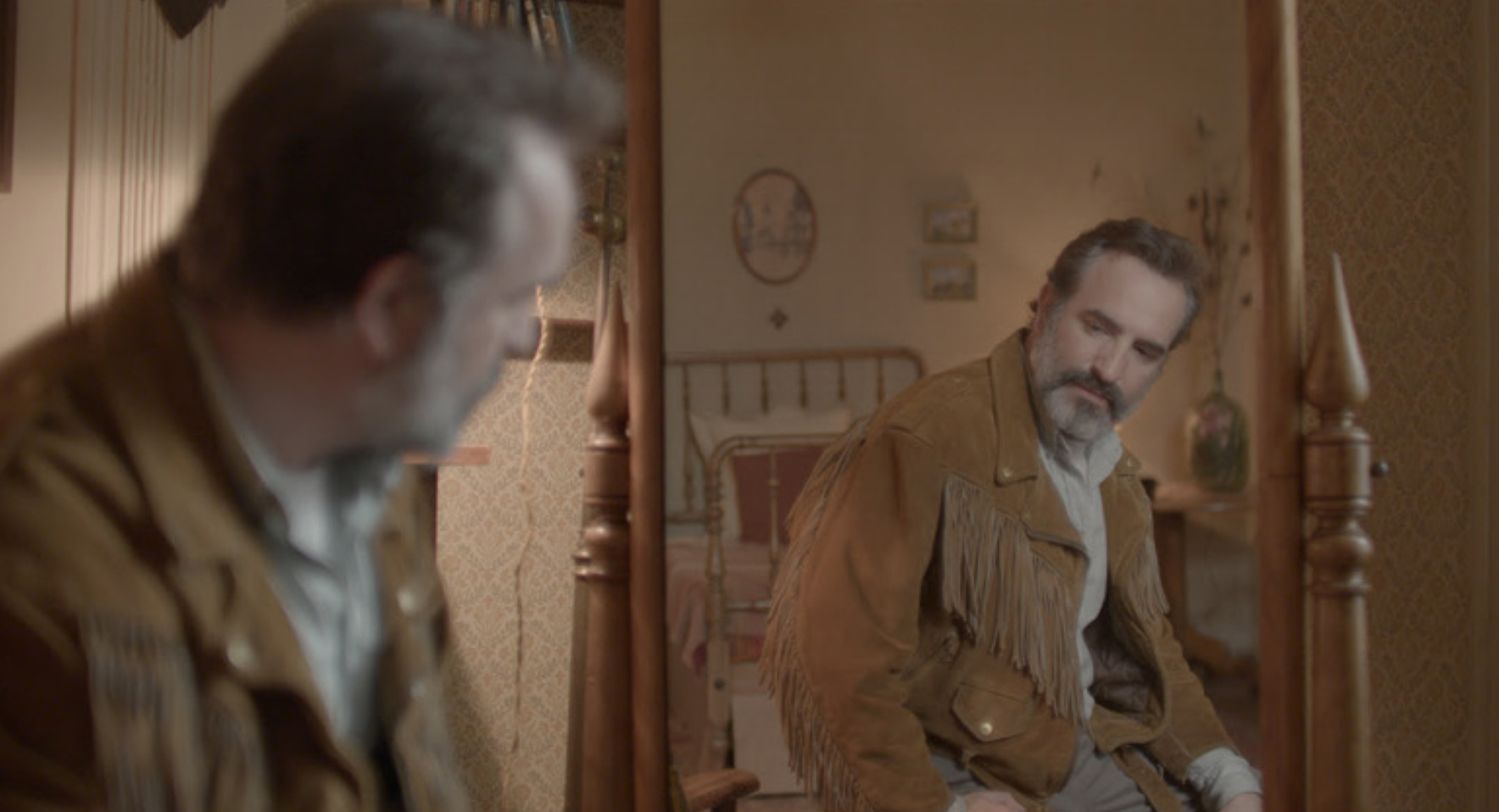 Georges (Jean Dujardin), recently separated from his wife, decides to blow all of his savings on a deerskin jacket. The seller (Albert Delpy), baffled at the amount he is willing to pay, decides to throw in a video camera. Penniless and directionless, Georges moves into a small rural hotel, putting his wedding ring up as collateral to pay for his room. In a local bar one night, he meets waitress and amateur film editor Denise (Adèle Haenel). He decides to pose as a director, and hire her. Around the same time, Georges’ jacket starts communicating with him. Events soon spiral, leading to a climax that’s both bloody and strange.

If you’ve never seen a movie by Quentin Dupieux before, it may help you to know that his 2010 debut, Rubber, was about a tire that became sentient and blew people up with the power of telekinesis. Yep – things get bizarre in Dupieux land. Deerskin is actually one of his more restrained works, taking its time – as much at that’s possible when the whole film is 76 minutes long! – to get going.

A lot of the early humour is derived from the conversations that Georges has with his jacket – fans of Bob’s Burgers will be reminded of how Bob Belcher likes to talk to various inanimate objects in his kitchen. Like Bob, Georges holds both sides of the conversation; although whereas Bob’s inanimate friends are generally given higher voices, Georges makes his jacket speak in a gruff baritone. If that wasn’t ridiculous enough, it turns out that Georges’ jacket has a dream: he wants to be the only jacket in the whole world. At first, Georges tries to make his jacket’s dream a reality by just asking people to remove their own (considering the action takes place in a snowy mountain town, he’s usually rebuffed). Then he tries to trick them, using his video camera and the promise of a starring role in his movie. When that stops working, his methods become murderous. 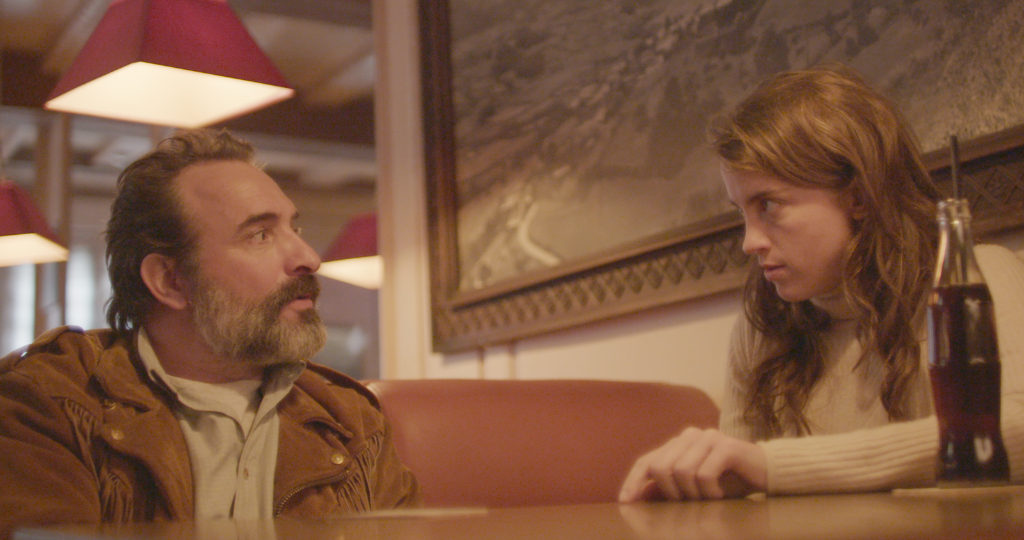 Jean Dujardin has been cinematically adrift since his Oscar-winning lead performance in The Artist a decade ago. Deerskin feels like a long-awaited return to form, giving him a suavely silly role that brings to mind his riotous turns in the Bond satirising OSS 117 films, as well as his more recent entertaining cameo in the runaway French TV hit Call My Agent!. His Georges is charming and funny, petulant and violent, and Dujardin combines all these contradictions with a smooth magnetism. Watching him is a pleasure, even as Georges’ actions become ever more out of control. And Adèle Haenel, best known for her ravishing work in Portrait Of A Lady On Fire, offers excellent support as his seemingly unwitting assistant.

Dupieux’s films are, by design, not for everyone. The absurdist humour would be off-putting enough for many – when you add in the brutal violence of the final act, it’s easy to imagine his latest inspiring plenty of cinema walkouts. Still, if you happen to be on Dupieux’s weird wavelength, and enjoy a bit of entertainingly absurdist filmic nonsense, then you’ll have a good time with Deerskin.