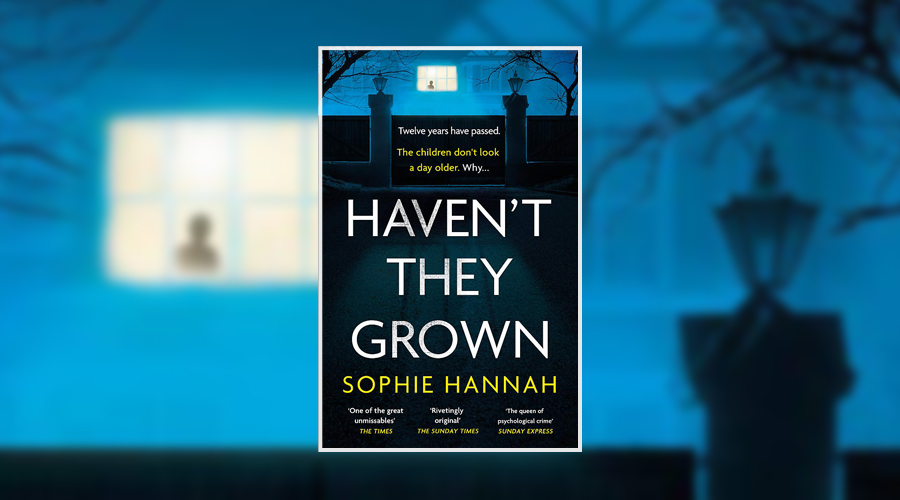 Whilst driving her son to an Under-14s away football match, Beth Leeson can’t resist the urge to sneak past her former best friend’s house and try to catch a glimpse of her. She hasn’t seen Flora Braid for twelve years but as she parks outside the sprawling modern mansion and watches from across the road, she’s confronted with a shocking scene. When Flora emerges from her car, she looks the same albeit slightly older, which is to be expected. Yet her children, Thomas and Emily, who were five and three when Beth knew them, haven’t aged a day. They’re no taller, no older, and they’re wearing the same clothes that Beth remembers from over a decade ago.

It’s impossible and yet Beth knows her eyes aren’t deceiving her. Something is terribly wrong with the Braids and she becomes determined to find out what happened to Flora, a woman she once shared everything with, and the Braid children, who should logically be teenagers by now. Beth ponders every possibility, from the scientific to the supernatural to the more rational but still completely inconceivable. Given this isn’t a science-fiction tale, there’s no way the children were frozen in time, but Beth’s search for answers still unearths plenty of unnerving revelations. The more she digs, the stranger the situation becomes and Beth soon realises that the Braids cut ties with their entire past for a reason.

As far as opening chapters go, Sophie Hannah has written an absolute beauty that instantly hooks readers in, setting the scene for a strange mystery that’s impossible to predict. Right from the start my mind was racing, working in tandem with Beth as she investigates the conspiracy surrounding the Braids, whilst as the same time trying not to let it affect her own family. I don’t usually flick ahead in books but here I had to restrain myself from jumping every few chapters to find out what happens next. It’s that addictive.

Hannah builds new layers of suspense and tension with each reveal, offering up irregular puzzle pieces that refuse to slot together no matter how hard Beth tries to make the obvious evidence fit. The real brilliance of the story though is not in the outlandish twists – of which there are many – but in the more domestic chills. It’s a reminder that we never truly understand what’s going on in other people’s minds or behind closed doors.

With so many twists and turns, Haven’t They Grown occasionally feels a bit too far-fetched but Hannah’s smart, sharp writing and tightly-woven plot makes it just about plausible. It’s actually all the more enjoyable because the end feels like it was lifted straight from a soap opera, complete with a tense standoff and a deliciously theatrical confession which ends in bloodshed. Combine that with a single-minded, relentless protagonist – who has to juggle her amateur sleuthing with being a good mother, wife, businesswoman and friend – and you’ve got yourself a must-read psychological mystery.