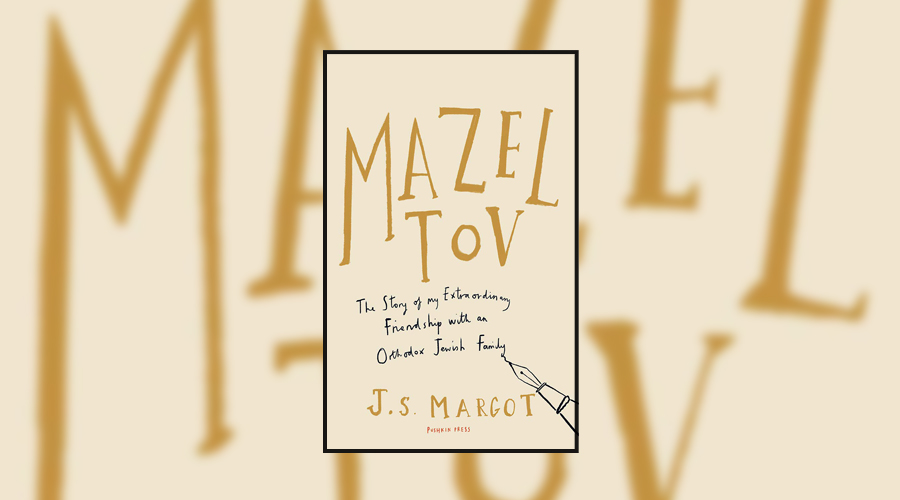 Mazel Tov charts the decades-long relationship between agnostic journalist J.S Margot and the Orthodox Jewish Schneider family. When she first meets them, it’s to apply for a tutoring job for their four children. It doesn’t go well, and she is not called back, but something goes wrong with the Schneider’s chosen tutor, and they are forced to hire Margot.

Initially, it’s hard for everyone. Margot is overwhelmed by the dizzying amount of religious rules that ordain everything about the Schneider’s lives, and feels they are judging her irreligiosity and Iranian boyfriend, Nima. The Schneiders, meanwhile, are frustrated by Margot’s inability to remember their customs, and the scathing way she reacts to some of the tenets they hold dear.

And yet as time goes on, and Margot refuses to join the legions of past Schneider tutors who have quit the job after a few weeks, relationships between the two sides begin to thaw; they even start enjoying each other’s company. Margot bonds with the children, becoming genuinely invested in their welfare. She spends time with them off the clock. They come to her with non-education-related problems. Slowly, gradually, Margot and the Schneiders become a big, important part of one another’s lives. That remains true even when the kids have graduated, and they don’t need her as a tutor anymore.

The bulk of Mazel Tov takes place when Margot is in her twenties, though she is writing the book as someone comfortably into their middle-age. This makes some of her overzealous pronouncements a little easier to take; is there ever an age where you’re more convinced you know everything than your early twenties? Whilst it’s easy to wince at her lack of sensitivity – you get the sense that looking back, the elder Margot is wincing too – there’s a definite benefit to the blunt expression of opinion in an area that is too often treated with kid gloves. In that regard, this is a very honest memoir. The author is open about her concern that the constrictive laws that govern the Schneider’s lives have a negative effect on the children. She worries about them not being able to fully associate with their atheistic peers, and is completely stumped by the import of things like kosher food and women covering themselves in public. Margot and the Schneiders may become good friends over the years, but much of their lives are still a mystery to her.

In our hyper-partisan times there is hope to be found in the friendship between Margot and the Schneiders, however complicated and difficult it is to maintain. So much of Mazel Tov is about a quest for understanding, an acknowledgment that empathy has its limits, and the admirable determination to forge relationships with people from vastly different cultures anyway. These days, that seems like an almost quixotic mission, but it’s rewarding to read about a time when it did happen, and the pleasures it bought to lives of the people on both sides of the ideological divide.

Mazel Tov is published by Pushkin Press on 23 January 2020