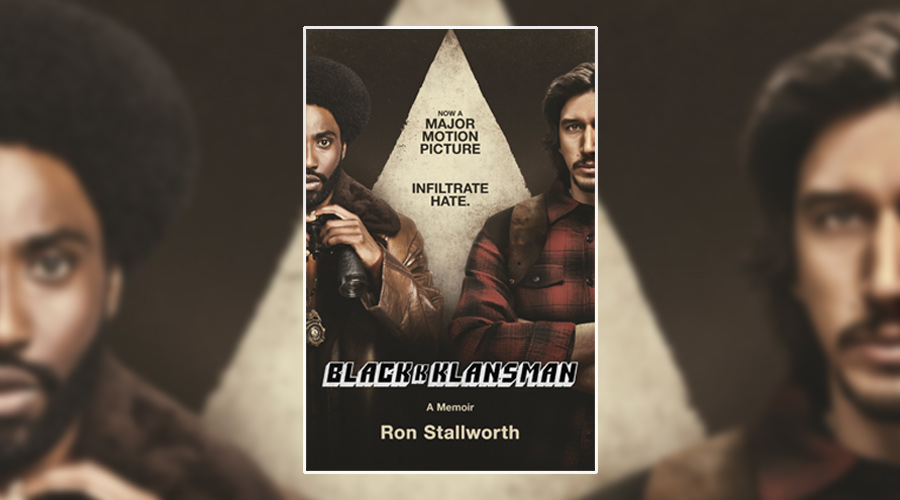 Detective Ron Stallworth’s story is stranger than fiction, which only serves to make it all the more compelling. Black Klansman is the memoir of the first black detective in the history of the Colorado Springs police department, of a man living and working in the years following the Civil Rights Movement, and the man who launched one of the most surreal undercover investigations in recent history.

When he replied to a classified ad in the newspaper aimed at those interested in joining the Ku Klux Klan, Ron Stallworth answered with his real name, unknowingly setting into motion the events that would see him infiltrate the Colorado Springs chapter of the notorious white supremacist group while posing as a white man himself. Over the course of his months-long operation, Stallworth exposed white supremacists in the military, sabotaged cross burnings and shut down acts of terror before they could really get started.

By its very nature, Black Klansman reads more like a report than a memoir; this is fact, and this is history being told, and Stallworth rarely has time for tangents nor lengthy descriptions of his personal life. This doesn’t always work in its favour. At times, this memoir feels a bit dry and a bit repetitive too, repeating the same explanations and tensions within a few pages or even paragraphs of each other. It can make for a very stilted read, but it doesn’t take away from any of the complexity or power that the true telling of this investigation packs into every page.

“Success often lies not in what happens but in what you prevent from happening.”

In fact, this memoir excels when Stallworth drops that professional distance and focuses on the personal impact of the investigation, of what it meant to him personally to be investigating these people and getting one over on them, so to speak, and on his sadly all too on-the-point comparisons to the patterns of behaviour from the 1970s that are showing themselves today worldwide, but in modern America in particular.

Considering this subject matter is so unique and so important, the only surprise regarding the fact it’s being turned into a film is that it’s taken so long to do so. With names like Spike Lee and Jordan Peele attached to the film adaptation of BlacKkKlansman, you know it’s in good hands, but the truth of it is Stallworth’s memoir doesn’t need a Hollywood film version to share its message. In Black Klansman, Stallworth exposes hatred, discrimination and racism, from the everyday racism that goes unnoticed and unchecked to the larger, institutionalised racism that had (and still has) the power and strength behind it to start riots.

It’s hard to imagine any reader that could put this book down and not feel something about what they’d just read, no matter what they thought of the writing style. While Black Klansman could sometimes be a bit too straightforward and lacking in tone, what’s more important is its content, and the attention it brings to, as Stallworth puts it in his memoir’s subtitle, ‘the investigation of a lifetime’.

Black Klansman was published by Arrow on 29 July 2018