Book Review: All The Lonely People by David Owen 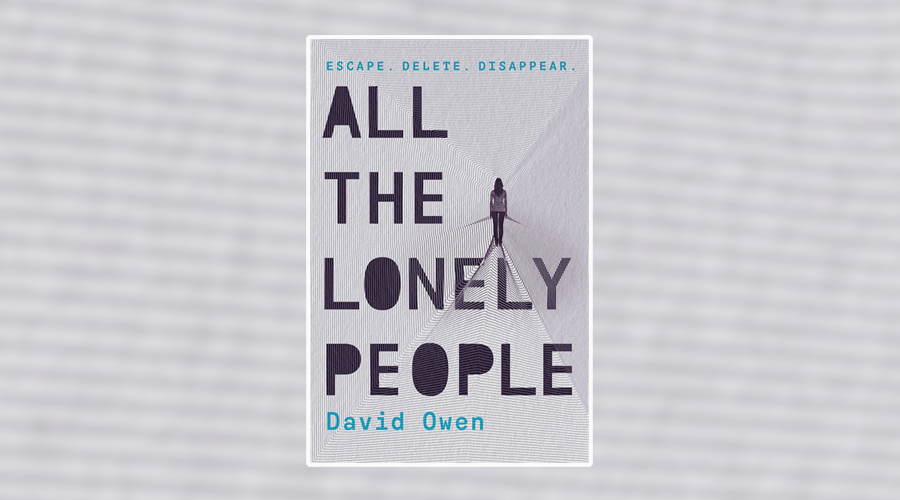 Kat has never fit in at her school. Socially awkward and immersed in nerd culture, she feels much more at home on the internet where she can be who she wants to be, without dealing with her bullying classmates or her lack of confidence. So when a gang of said classmates bullies her off the internet, she really does feel like she’s lost everything. And she starts fading away. Literally. Beset by guilt, Wesley – one of her tormentors – tries to discover what’s happening to Kat, before she disappears altogether. But he has his own share of problems.

Bullying is as old as time, but the internet isn’t. In All The Lonely People, his third book for young adult readers, David Owen dives into what happens when the age-old scourge of many a teenager enters the anonymous arena of the world wide web. It isn’t pretty.

Often works of fiction that deal with the dark side of the internet can get too attached to that dark side. Authors get so obsessed with all the dangers that lurk in those anonymous depths that they write as if cowering in fear. They treat the internet as the most dangerous invention since the atom bomb, just waiting to attack any poor innocents who have the misfortune to wander into its deceptive embrace.

The nuance of his approach also extends to his novel’s villains – the men’s rights activists. To call him balanced in this regard would be unfair, however; he’s not arguing that those nameless misogynists have valid points to make. Instead, in All The Lonely People, he demonstrates how easy it is for lost young men to get caught up in that world, spewing vitriol that they don’t believe to impress their strong-seeming heroes. Owen doesn’t let Wesley off the hook for his behaviour because he has a miserable life, but he does extend him empathy.

The ‘fade’ that Kat experiences – the slow degradation of her ability to engage with the world – is intriguingly cinematic. While some aspects could do with more of an explanation (it’s hard to fathom how the Lonely People gang know so much about the process of disappearing without having gone through it themselves), there has clearly been a lot of consideration and imagination put into working through the practical process. Besides the visual elements, it’s an evocative metaphor for the isolation felt by so many teenagers today.

Imaginative, timely and empathetic to its young audience, it’s easy to imagine All The Lonely People as the latest huge YA movie franchise – isn’t it about time we had another one of those? Owen has already signed a film deal for his first book, Panther. We can only watch this space to see if it happens again.