“Mickey mousing” is a term used when characters on screen act out in time to the music or score, playing with diegesis in a way distinct from genres like musicals. Edgar Wright’s latest flick, Baby Driver, is an exercise in taking the technique from those early Walt Disney short films and putting it in a feature film – specifically an action, heist thriller.

The film’s eponymous Baby and getaway driver is a young man played by Ansel Elgort, and has a “hum in the drum”, so puts Kevin Spacey’s Doc after a car accident which also left him orphaned. What this means is that Baby lives his life entirely to music, with different iPods for different days, situations or moods – and that includes getaway driving. We find Baby one job away from paying back a debt to the aforementioned Doc, whose cast of characters changes from job to job – all except Baby, who’s his lucky charm. It’s a perversely fond, paternal relationship and is easily the strongest one in the film (and has the best resolution). The other players are good fun too; Jon Hamm is effortless as Buddy and Jamie Foxx is at his sharpest.

It’s also at this point in Baby’s story that he sees a girl skipping down the road, pointedly singing Carla Thomas’s ‘B-A-B-Y’, and as fate would have it, he walks into the diner she works in not long after. With golden hair and big brown doe eyes, Lily James’s Debora is the perfect girl-next-door, personifying everything Baby wants to escape from in Doc’s world: normalcy, domesticity and the thrill of a mundane but happy existence. 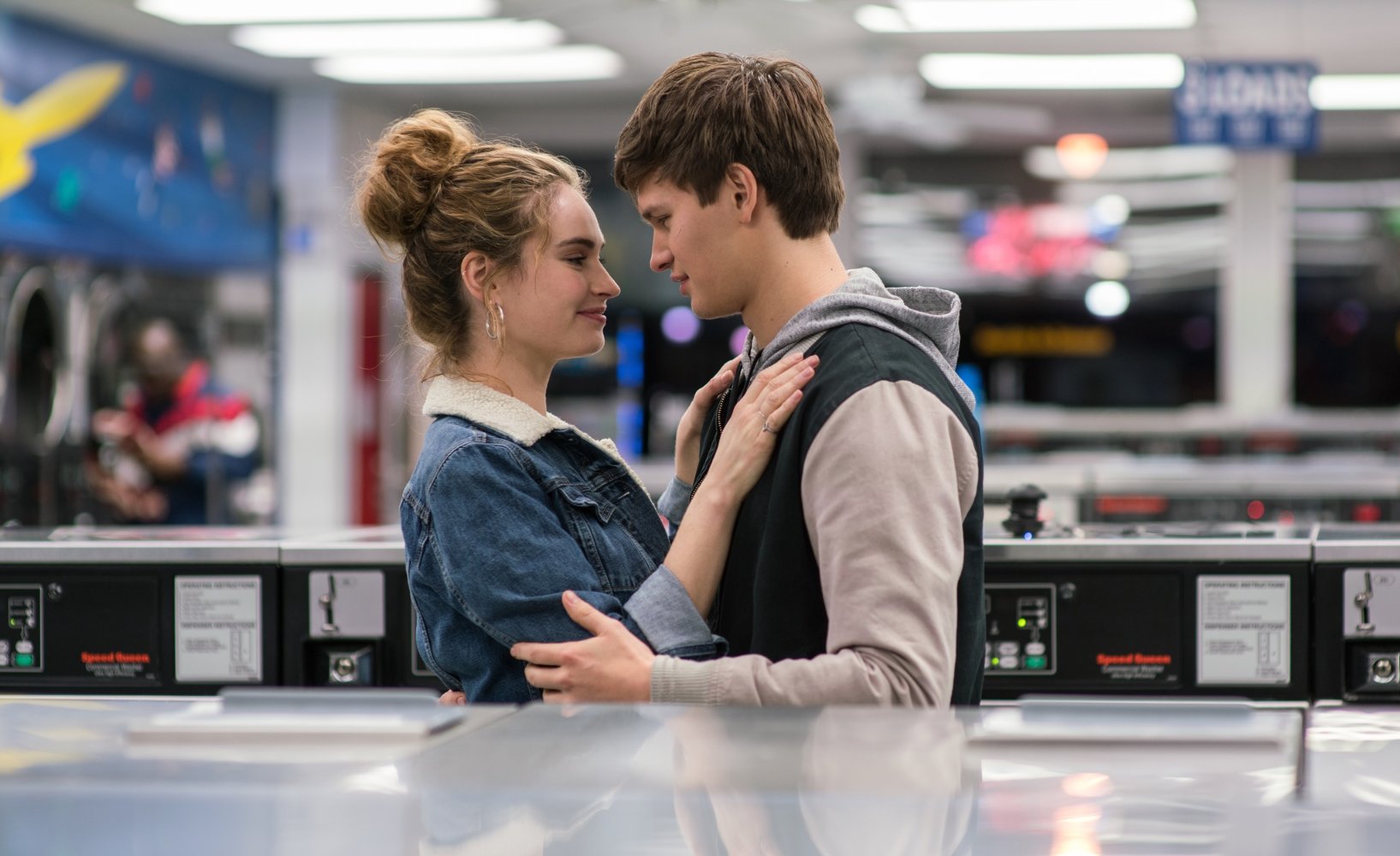 There are hints of a darker family past or current circumstance as Debora laughs sadly, looking up at Baby as they don’t walk so much as they waltz around a laundrette and tell each other about themselves. It’s sweet and tonally appropriate for the mood of their romance. But that’s as far as we go. The issue isn’t that it’s unrealistic for a woman to run off with a man, in the middle of the night, whom she barely knows. The issue is that we don’t know anything about her to know what inspires that choice.

This is sadly the case for all of the women – Baby’s nameless, almost faceless mother, who aside from the quick glimpse of Sky Ferreira we see in flashbacks and hear the dulcet tones of exactly one time, exists only as window-dressing for Baby’s trauma. Then there’s Darling, played by Eiza Gonzalez. She’s exciting to see for any fan of El Rey’s ‘From Dusk Till Dawn‘ – an adaptation of the Rodriguez/Tarantino film of the same name where she plays Santanico Pandemonium (made iconic by Salma Hayek, but made human by Gonzalez with the ability to expand on it over the course of multiple episodes). Having seen her in a role which she sinks her fangs into (sorry), there is a restlessness in watching the limitations Wright places upon her here. 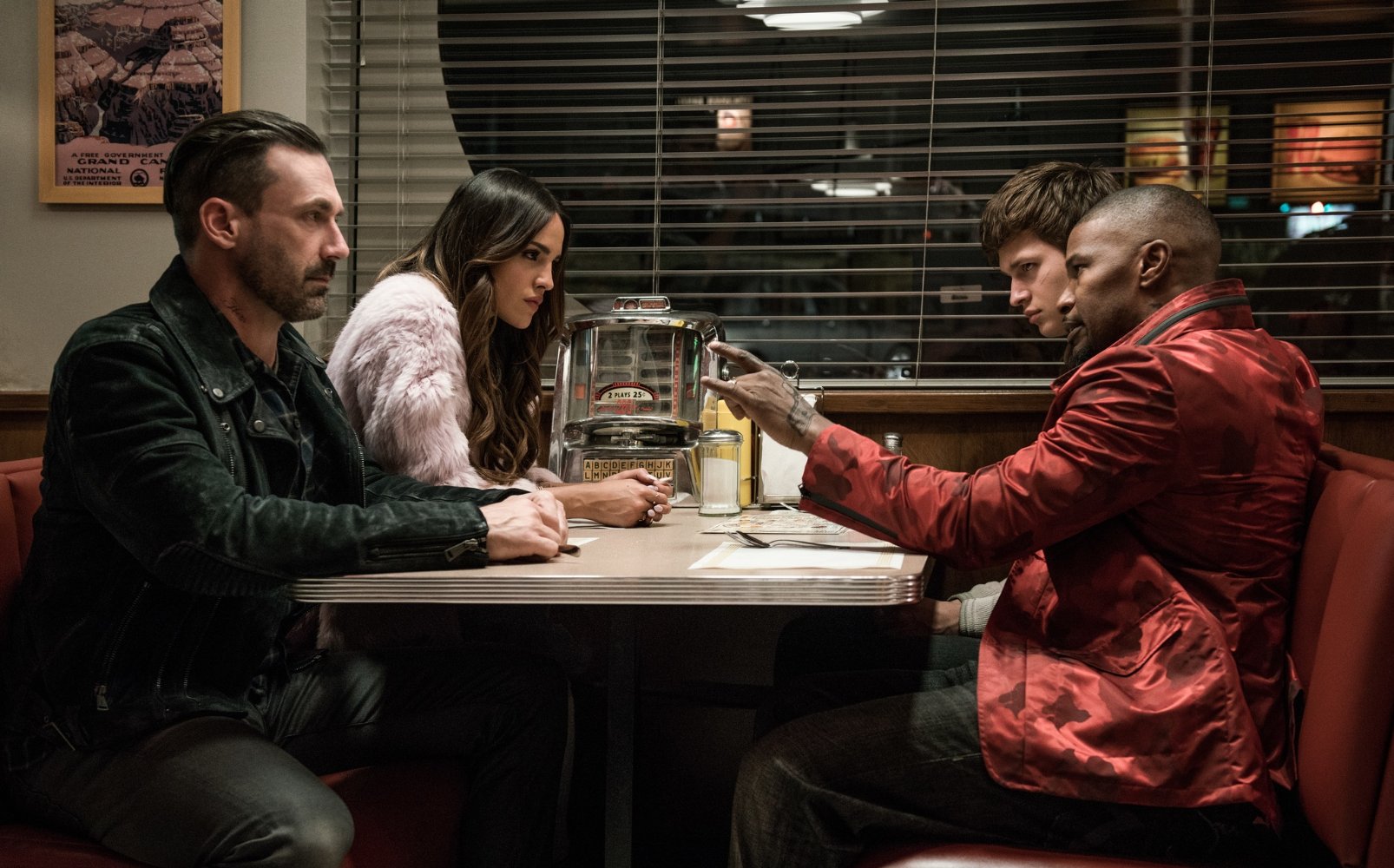 While this isn’t Wright’s first venture into a non-British story (Scott PIlgrim vs. The World), a strong quality of his storytelling is the exciting, fast pace paired with British mundanity – poking fun at the stoicness we want to ‘carry on’ in a zombie apocalypse, or the absurdity of a major murder conspiracy unfolding in a sleepy, countryside village. A lot of that quintessential Wrightenian humour is lost in a film where there are genuine explosions, and it doesn’t feel out of place for them to be happening.

For all the heart clearly put into Baby Driver, it’s hard to forgive a film in this day and age that clearly doesn’t really need or like its female characters all that much. It’s what one has to assume after the three years Wright worked on it, with all of that time to flesh them out if he thought it necessary. The attention-to-detail in the sets and props gives a rustic, homemade quality that doesn’t go amiss – it helps with illuminating a place as distinctive as Atlanta, Georgia. Though this is easily on a larger action scale than Wright’s earlier fare – car chase scenes are as inventive as they are exciting – it’s very clearly a product of Wright’s specific style. The overhead shots of drinks, the long tracking shots and, of course, the perfectly selected soundtrack have his fingerprints all over it, which makes it all the more of a shame these issues in particular are so glaring. Baby Driver is a film I want to give four, or even five stars to, but it would ring false.