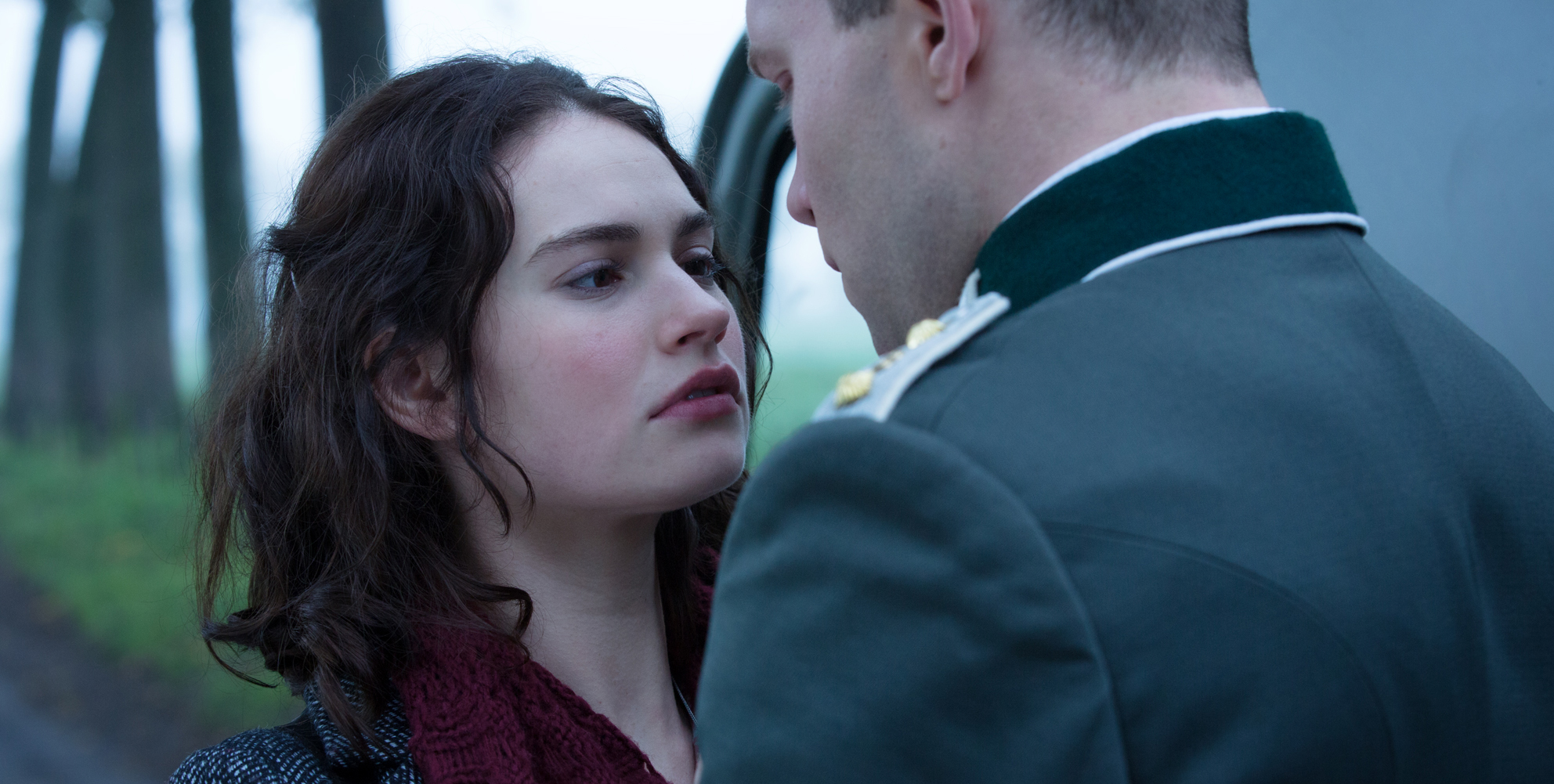 Theatre director David Leveaux’s film debut, The Exception, tells a fictionalised account of the later life of German Emperor and King of Prussia, Kaiser Wilhelm II during World War II. Adapted from Alan Judd’s international bestselling novel, The Kaiser’s Last Kiss, it stars Christopher Plummer as the exiled royal but the story goes beyond just the Kaiser’s last days, as it explores the romance between a German soldier searching for spies and a young Dutch maid who’s much more than the meek servant she appears.

Breaking away from the brutish, meathead roles that saw him rise to fame in Divergent and Suicide Squad, Jai Courtney shows a softer, more amiable side as Stefan Brandt, a Captain sent to the Kaiser’s home in the Netherlands to determine if Dutch spies have infiltrated the lavish, rural castle. There he meets Mieke (Lily James), a young Dutch maid who’s secretly Jewish, and the two begin a clandestine relationship, stealing longing looks and sneaking into each other’s rooms at night. As Brandt continues his investigation into the Kaiser’s household, he gets word from a local SS officer that a British agent is sending messages from the neighbouring village. 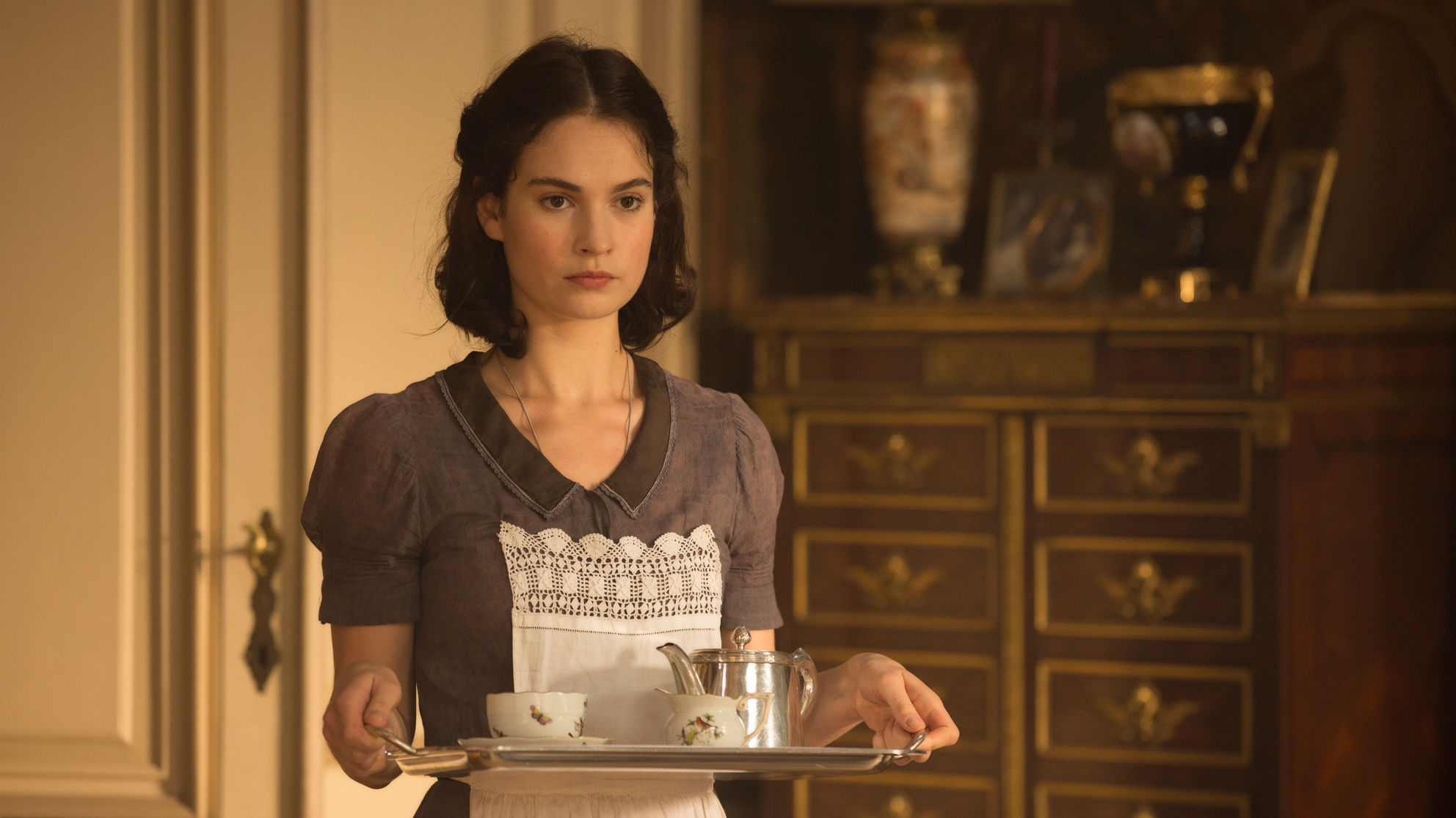 Mieke is, of course, the Dutch spy working for the resistance and reporting the Kaiser’s movements to the village pastor, and she’s willing to sacrifice her life if it means getting retribution for the Gestapo murdering her father and husband. With the SS closing in on the spies, Brandt is torn between the woman he’s grown to love – who’s plotting to assassinate the head of the SS, Heinrich Himmler (Eddie Marsan) – and the Nazi cause he’s sworn to defend. Meanwhile, Kaiser Wilhelm’s own survival is at stake as Himmler lures him into a trap to expose those in support of restoring the monarchy.

There’s a lot to like about Leveaux’s romantic war drama, from the elegant cinematography to the all-round solid performances of the main cast. It’s an impeccably crafted period drama that blends fact with fiction, hitting the ground running by establishing the different players in this dangerous game of soldiers, spies and exiles. However, the swift pace is also what hinders the film as we’re given no time to assimilate the characters’ backstories or become properly invested in them. Brandt and Mieke almost immediately engage in a soulless-turned-sexy romance, and whilst it’s easy to get swept up in their covert love, there’s not enough build up to raise the stakes quite as high as writer Simon Burke (Strike Back, Fortitude) was inevitably aiming for. 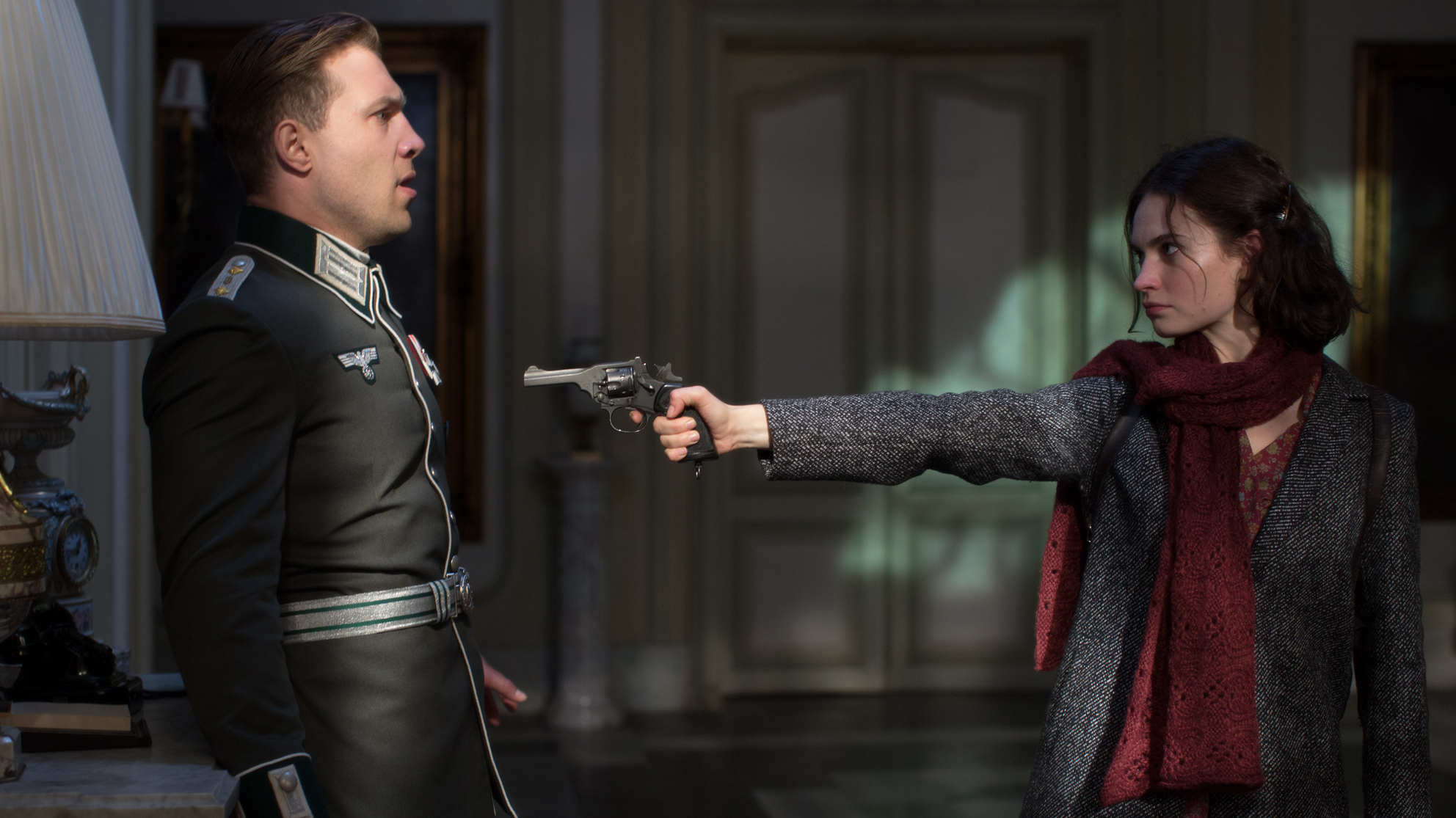 For a film surrounding such an atrocious point in history, it doesn’t linger on the Holocaust horrors of WWII. The harsher, more haunting parts of war are brushed over, only alluded to during Brandt’s recurring nightmares or Himmler’s inappropriate dinnertime discussion of murdering undesirables (children and the disabled). It’s the sheer shock of this dinner scene, and the ensuing dumbfounded silence from everyone sitting at the table, that makes it one of the film’s most memorable moments. Marsan might not get much screen time but the cold, inhumane way he talks of the Holocaust will leave viewers chilled. You feel every ounce of disbelief, disgust and loathing that circles round the characters listening to Himmler’s callous speech.

Ignoring the wavering accents throughout, the magic of The Exception rises to the fore with the superb performances, particularly from Plummer and James. Plummer plays the banished royal with a mix of good-humour, roguish charm and anger over his fall from power. 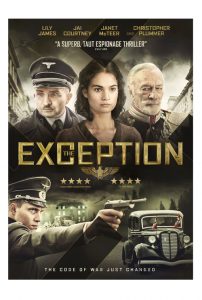 Meanwhile, James and Courtney rather surprisingly conjure up the chemistry needed to believe in Brandt and Mieke’s passionate, albeit rushed, romance. Both characters are loyal to their respective causes but the question throughout is just how far does that loyalty stretch? Is love more important than vengeance or, in Brandt’s case, duty?

We’ve seen many WWII movies over the years and The Exception explores a different part of the conflict with intelligence, sentimentality and attractive production values. More thrills, more romance and more of an emphasis on the cost of war would have given the film an even bigger emotional impact but Leveaux’s debut still manages to be an engaging passion-filled historical drama that lingers in the mind.