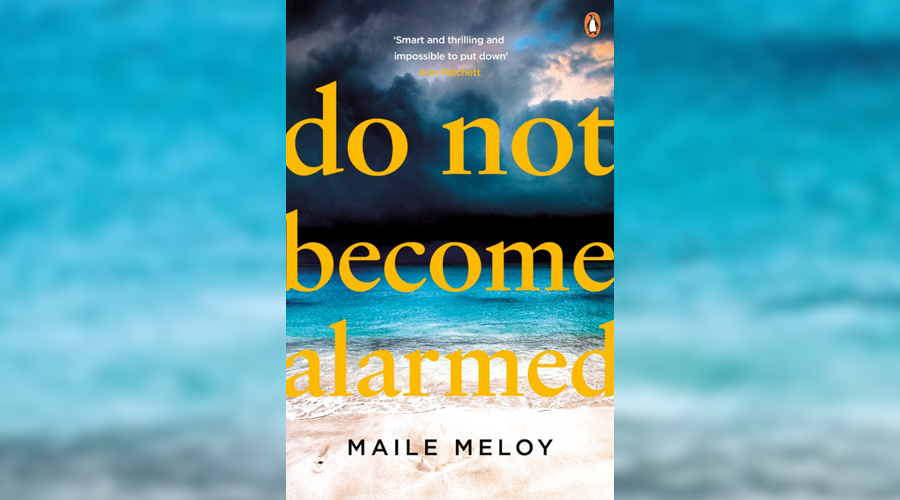 Nora and Liv, cousins and best friends, decide to take their husbands and kids on a luxury cruise down the coast of Mexico and Central America. This is supposed to be a vacation of a lifetime, something that both the families really need. Liv is a producer who is married to a nerdy architect-engineer called Benjamin and Nora is a slightly self-indulgent woman who happens to be married to Raymond, a successful actor.

The cruise gets off to a great start and they even make friends with an Argentinian couple with kids who are the same age as Nora and Liv’s children. However, the perfect vacation quickly turns into a terrible nightmare after the women and kids decide to go zip-lining. One second of misjudgment and the children go missing after an incoming tide takes them away to the river. From then onwards, the major part of the story is broken down into two parallel plotlines – the hapless parents getting the authorities involved and reaching their kids, and the children lost in a middle of an alien country where they can trust no one.

This novel manages to walk a tight rope between being utterly gripping and equally complex. All of the characters, including the children, are three dimensional and thoughtfully developed. There are high-stakes scenes and the children go through an awful lot, including being held captive by drug-dealing brothers and a heart thumping car chase. It had potential to come across as melodramatic but, for the most part, the story remains utterly believable.

What elevates Do Not Become Alarmed from the usual grip-lit is the complex exploration of marriage and parenting. The relationship dynamics between all the characters are dissected in an articulate, insightful manner. Raymond and Nora are a biracial couple and the story does deal in part with how their respective race affects people’s perception of their family. Candid musings about parenting, friendship and marriage are engaging to read. Maile gets under the skin of each character so while there are multiple narrators, the story never gets overly confusing. However, the relationship troubles did threaten to go a bit soap opera-esque in the latter half of the book.

Even though the plot line is filled to the brim with riveting events and dramatic sequences, the narrative is infused with depth and political awareness. Relevant issues like the plight of illegal immigrants and their children, drug and human trafficking and underhanded politics that hinder the course of justice are deftly handled. Maile also piercingly draws attention to the fact that Americans have a better chance of getting justice in a foreign country, while the natives are treated as second-class citizens and deprived of their basic rights.

The story basically explores what happens when a bunch of entitled, over-privileged American kids are caught in an improbable situation where they only have to rely on their resourcefulness to get out of it. It makes one ponder the futility of being over protective about children. What use is a sheltered childhood when any moment life can throw you a curveball and you just have to switch on your fight or flight mode? In this book, we see upper-class children navigating their way in a world where assault, smuggling and murder is not out of question.

Do Not Become Alarmed is about self-preservation and the boundless reserves of resilience that human beings have which allow them to adapt to any circumstance efficiently. This contemporary page-turner is a cross between a pulsating thriller and a compelling relationship drama, which gives an innovative twist to the grip-lit genre.