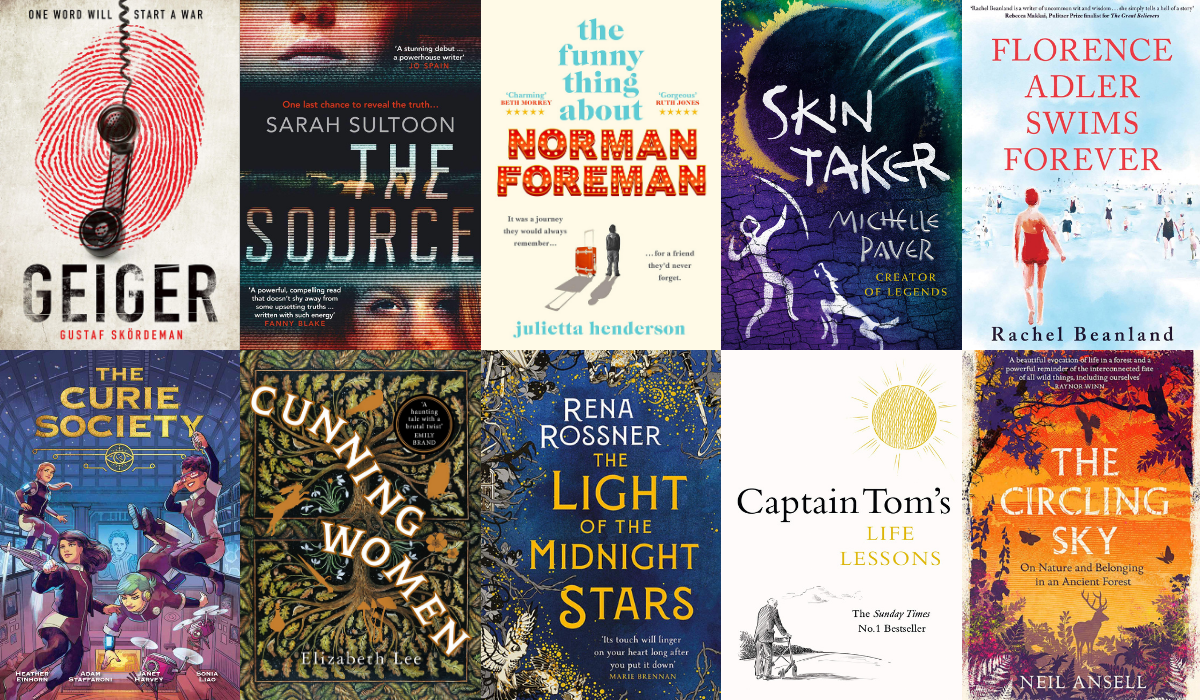 Spring has officially sprung (despite the odd spell of snow) and lockdown is easing, which means one thing: physical bookshops are back. As bookworms across the country head to their local stores to replenish their TBR piles, we’re sharing our top picks for April, which include clever thrillers, inspiring non-fiction, tender family tales and an empowering YA graphic novel. 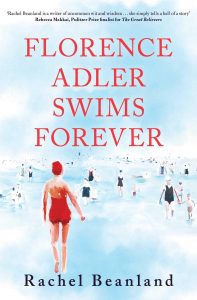 Based on a true story, Rachel Beanland’s stirring debut follows three generations of the Adler family as they grapple with life, love, lies and grief. Set in Atlantic City during the summer of 1934, the story begins with the titular Florence Adler’s untimely death, which spurs her mother, Esther, to concoct an elaborate web of secrets in order to hide the tragedy from Florence’s vulnerable sister, Fannie, who’s pregnant and on bed rest in hospital. This is a wise and poignant book about the different ways in which people react to heartbreak and the things they do to protect those they love. (1 April, Simon & Schuster) 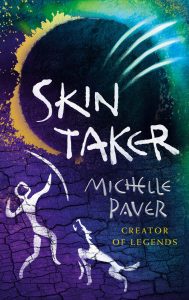 The second book in Michelle Paver’s Wolf Brother series reunites readers with Torak, Renn and Wolf as they embark on a dangerous and magic-filled quest that tests their will to survive and thrive in their beloved Forest. Beginning with a meteorite strike that plunges Torak’s world into chaos, the story presents the battling clans with a choice: continue fighting each other and let evil prevail, or work together for the greater good. Like it’s predecessor, Viper’s Daughter (2020), Skin Taker has the feel of a classic YA adventure, with the added intrigue of a prehistoric setting. It’s the perfect book to lose yourself in. (1 April, Zephyr) 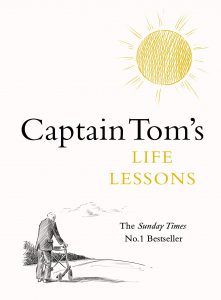 2020 was an incredibly tough year for everyone, but there was a beacon of hope and fortitude that managed to shine through the gloom, and it came in the form of Captain Sir Tom Moore. It’s now been a year since he raised over £30 million for the NHS and two months since his passing, and yet Captain Tom still has plenty of things to teach the rest of us. Life Lessons is a book that features his reflections, advice and guiding principles on life and how we treat one another. It’s so full of warmth and wisdom that it’ll make your heart feel lighter by the end. (2 April, Michael Joseph)

The Light of the Midnight Stars by Rena Rossner 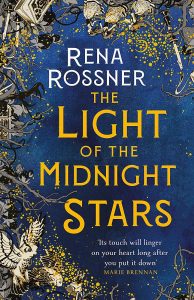 Blending history, fantasy and Jewish folklore, this fairytale inspired story centres around Hannah, Sarah and Levana, three daughters of a great rabbi who are all blessed with a unique talent. Hannah has an affinity for plants, whilst Sarah can control fire and Levana can read the stars. Yet as a terrible darkness creeps across Europe, threatening the lives of Jewish people, the sisters are forced to flee their home. Along the way, they will each have to make an impossible choice, changing their family’s fate forever. Alternating between the sisters’ perspectives, The Light of the Midnight Stars weaves mystical vibes with complex characters and lyrical prose to create an immersive and elaborate tale. (15 April, Orbit)

The Circling Sky by Neil Ansell 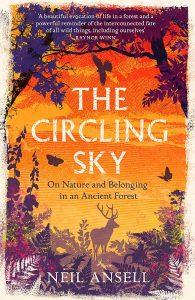 Neil Ansell’s previous books have seen him writing about his experiences of escaping to, living in and wandering the wilder, more remote parts of the British Isles. His latest memoir, The Circling Sky, sees the writer returning to his childhood roots in the New Forest, Hampshire, where his love of the natural world was formed and nurtured. After a year of on-off lockdowns, where nature became a lifeline for so many of us, Ansell’s “forest year” resonates all the more. His articulate reminiscences and observations on history, wildlife and the changing landscape will make readers reflect on the world around us and our part – individually and collectively – in looking after it. (15 April, Tinder Press)

The Source by Sarah Sultoon 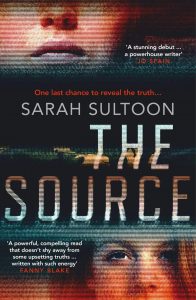 Inspired by her own time working in a newsroom, Sarah Sultoon’s debut thriller follows Marie, a young junior TV journalist, as she’s forced to revisit her past when a notorious investigation into sex abuse at an army base is reopened. With a dual timeline that moves between the nineties and the noughties, the story also explores the perspective of a young girl who becomes entangled in the ‘exclusive’ parties at a military facility. Delving into corruption, abuse of power and the resilience of the human spirit, The Source is a taut and thought-provoking book that’s all the more unnerving for how much it echoes the headlines in real life. (15 April, Orenda Books) 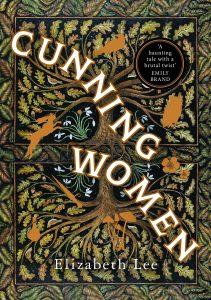 In a small Lancashire hamlet, abandoned by its residents since the Plague, lives one remaining family. Along with her mother, brother and sister, Sarah Haworth lives a meagre existence that’s completely dependent on the volatile relationship with the neighbouring village. Sarah’s life is one of simple survival until she meets Daniel, the lonely farmer’s son, and the two form a friendship that blossoms into love. But when a new magistrate arrives, sermonising his hate and mistrust, it isn’t long before the community turn their superstitious torches towards the Haworths. Taking place during the dark shadow of the Pendle Witch Trials, Elizabeth Lee’s historical debut is a powerful tale of love, loyalty and prejudice. (22 April, Windmill) 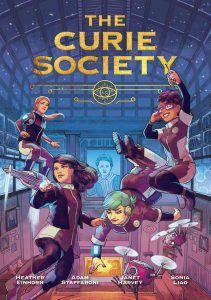 A covert team of young women take centre stage in this YA graphic novel about an elite organisation of women in STEM who undertake high-stakes missions to save the world. The heroines in this tale – Simone, Taj and Maya – are all recruits of a covert society, originally founded by Marie Curie, who must use their analytical smarts, tech savvy and courage to protect humanity from rogue scientists. Action-packed and empowering, The Curie Society is a collaboration between comic book creators and scientists to teach STEM concepts in an entertaining, accessible and feminist way. It’s the first instalment in a promising new series, so keep an eye out for future Curie adventures. (27 April, The MIT Press)

The Funny Thing About Norman Foreman by Julietta Henderson 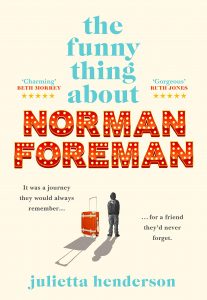 If you’re after a heart-warming book filled to the brim with hope and humanity, then Julietta Henderson’s charming The Funny Thing About Norman Foreman should be your next read. A life-affirming tale of grief, friendship, family and following your dreams, it splits the perspective between the titular Norman, a boy with lofty ambitions to perform at the Edinburgh Fringe, and his mother, Sadie, who just wants to do the best thing by her son and help him through a difficult time in his young life. It might deal with sad themes but the way that Henderson handles them, with genuine heart and humour, makes this one of Spring’s most memorable reads. (29 April, Bantam Press) 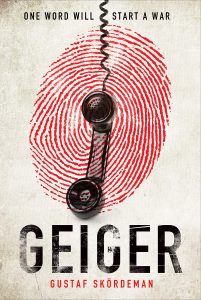 The landline rings as Agneta is waving off her grandchildren. One word comes out of the receiver: ‘Geiger’. For decades, Agneta has known that this moment would come. She retrieves a hidden weapon, attaches a silencer and presses the barrel to her husband’s temple, squeezing the trigger before disappearing and leaving her possessions behind. Once close with those affected, Sara Nowak joins the murder investigation, where she discovers that the enigmatic code word is part of an intricate spy plot fifty years in the making. Fast-paced with an instantly engaging opening and an original puzzle of a storyline that’s a thrill to untangle, Geiger is one of this year’s must-read international spy dramas. (29 April, Zaffre)