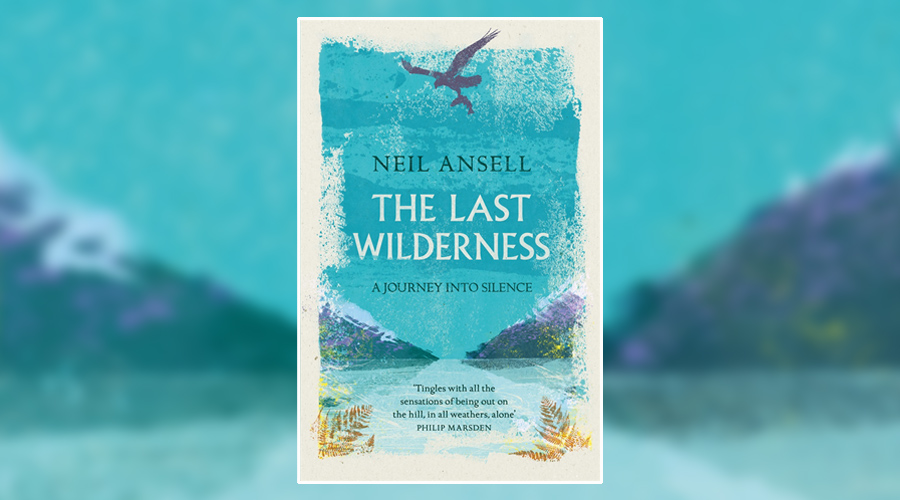 Neil Ansell has hitchhiked on five continents. He’s crossed the Andes and the Himalayas. He’s been surrounded by penguins in South Australia and trekked the jungles of Southern Mexico. He’s slept under the giant redwoods of California and explored vast African plains. It seems that there’s very little of the world that Ansell has not experienced.

For the venture he details in his latest book, he stays closer to home. After all, he is no longer a young man. He has a family now, and various health problems, from his hearing to his heart. In The Last Wilderness, he writes about the five trips he took over the course of a year to The Rough Bounds, the remotest area of the Scottish Highlands.

Visiting the area in each season yields an amazing array of wildlife. It’s a genuine surprise to discover the variety that dwells on and in our shores. Ansell describes encounters with eagles and buzzards, dolphins and whales, otters and deer. His prose is astonishingly vivid, and in the best moments otherworldly in its beauty; he places you right beside him as he looks up into a forest filled with grazing red deer, or out at the sea and the multifarious birds that circle above.

A warning: if you wouldn’t consider yourself a nature buff, you may struggle with certain passages of The Last Wilderness. Ansell’s knowledge of the environment is encyclopaedic, and he’s writing for fellow enthusiasts. Be prepared for confusion if you don’t know your pine marten from your pine tree.

Though his book touches on some personal details, Ansell is far more concerned with the wildlife that surrounds him than discussing his own life. His reticence at talking about himself is frustrating at times; late in the book he alludes to a life-threatening illness that has been diagnosed between two of his trips, and it is far too long before he provides any further information. His decision to keep the spotlight away from himself is admirable in a way, but when you’re spending a whole book on a journey with someone, it enhances the experience if you feel like you have gotten to know them.

It isn’t all that surprising to find Ansell so uninterested in covering personal matters, when even his nature writing is more concerned with the macro than the micro. Though he expresses sadness at his gradual hearing loss, and no longer having access to the bird song he has so loved, he spends much more time in the book noting the losses that climate change and other man-made disasters have caused the environment. He is surprisingly sanguine about his own declining health, but when it comes to the declining health of the planet, his frustration is palpable.

The Last Wilderness is a beautiful read; rich in descriptive detail. Whilst a little more information on our narrator would not have gone amiss, his passion for the environment and his sublime prose make it a book to be savoured.