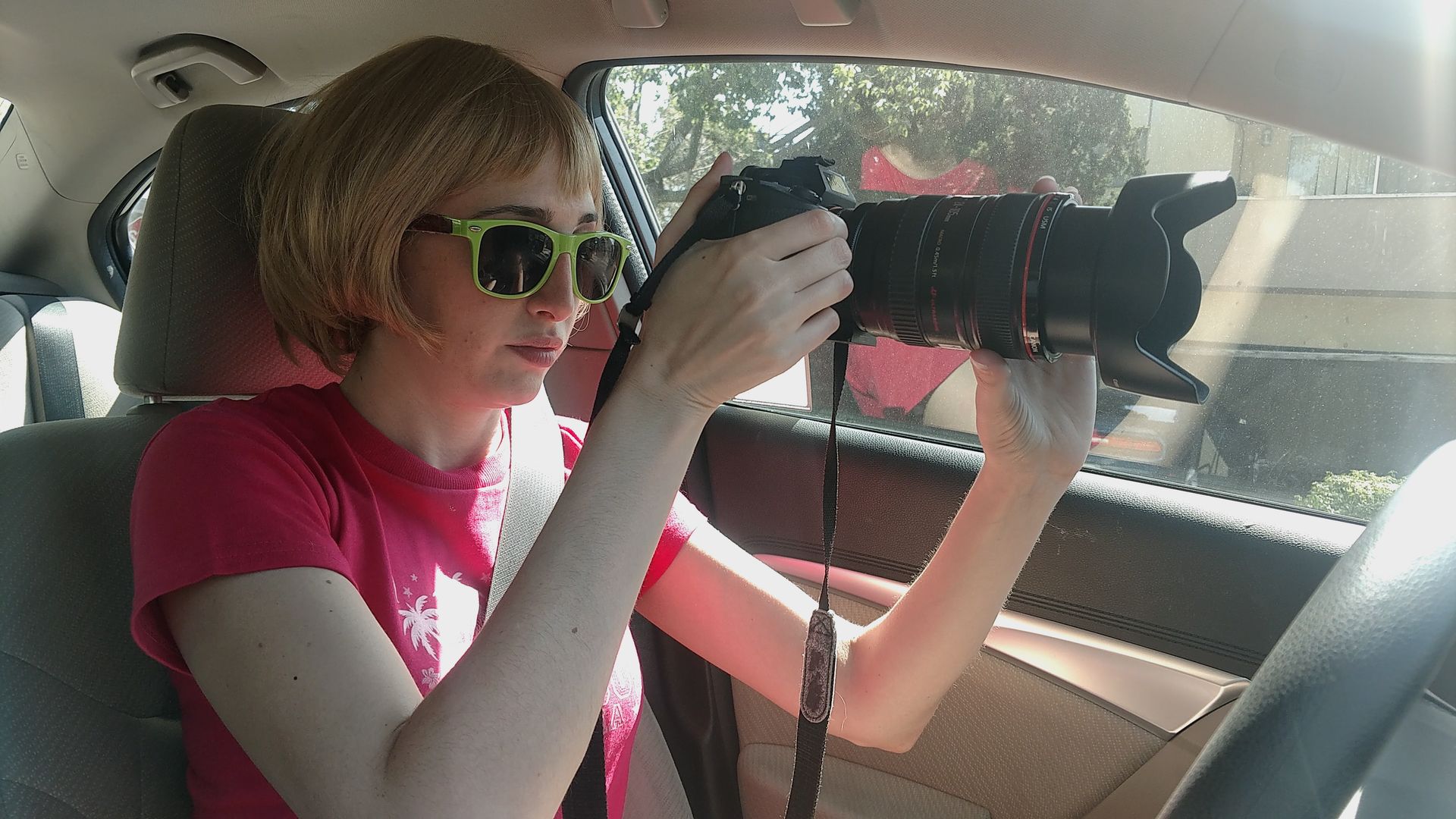 Gillian (Gillian Wallace Horvat) is a down-on-her-luck filmmaker, struggling to get her next project off the ground. She decides to make a low budget documentary, based on a comment that her friends had made about her having what it took to make a ‘good murderer’. For a while, filming her plans for hypothetical murders is enough for her documentary. But then something terrible happens, and the murders start to get a lot less hypothetical…

I Blame Society is Gillian Wallace Horvat’s first feature as writer/director/star, and she has instantly proven herself a force to be reckoned with. The film takes us on a wild journey, and sometimes the only thing that keeps it all together is Horvat’s mesmerising presence in the lead. Playing a psychopathically skewed version of herself, Horvat is compelling and funny and very, very strange. Although it takes about half an hour for things to start getting really bloody, we know as soon as we meet Film Gillian that something is ‘off’ about her. There’s a too-intense glint in her eye, and a sense of humour that seems to discomfit even those close to her. She appears capable of doing just about anything, and it’s deeply unnerving.

Then she starts killing, and there’s little we as an audience can do but cling on for dear life. This is the darkest of dark comedies; the sort of movie where our protagonist would trill to the camera, ‘I’m really excited to get out there and start showing the world what I can do!’, and then film herself breaking into a strange woman’s house, killing her, and staging it to look like a suicide. I Blame Society is wittily astute at depicting a kind of warped millennial malaise that makes Film Gillian feel that her murders are at least an accomplishment of sorts, at a time where she’s struggling to achieve anything else. 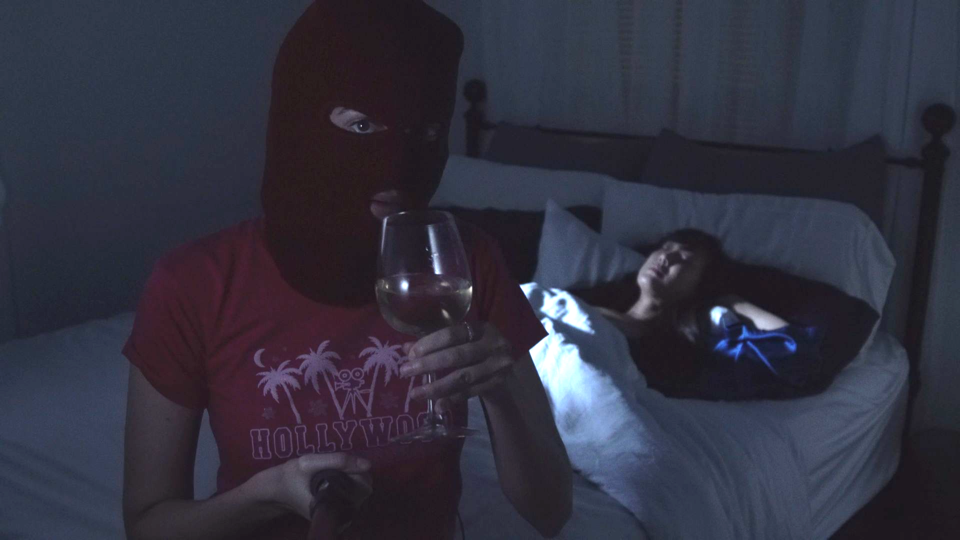 Horvat does her best skewering when she tears into a movie culture that sees the inclusion of women as a shiny new gimmick that happen to be fashionable right now, rather than something of lasting and genuine worth to the industry. Our heroine’s lack of ‘likeability’ is a sticking point for the men who run the movie studios; a fact she’s acutely (and hilariously) aware of all the way through her murderous spree. And in meetings Film Gillian has with two young male executives, they can’t stop using the phrase ‘strong female lead’; with each utterance it sounds more vacuously commercial. She might be a murderous psychopath, but in these meetings with these empty-headed film bros, we’re still – somehow – on her side. The culmination of all this frustration is a gory fireworks display of cathartic rage, with a final grace note sure to elicit big, uncomfortable laughs.

I Blame Society won’t be for everyone – nothing this brash and unyielding ever is – but if you have a stomach strong enough for some savagely biting satire, you might well have an excellent time.