Annette is… well, what is Annette?

Annette is a film, directed by Leos Carax and scored by the Sparks Brothers (who originally conceived the project as a kind of rock opera), about the troubled relationship between stand-up comedian Henry (Adam Driver) and opera singer Ann (Marion Cotillard). Annette is Henry and Ann’s child. And Annette is… a puppet?!

Whilst the child of our central couple being played by a puppet in every scene but the last takes some getting used to, in a movie-musical as proudly bizarre as this, it’s just par for the course. The experience of sitting down to watch Annette is an uneven and often exhausting one – the film is two and a half hours long, and feels it. Making this duration more of an endurance test is that this is one of those musicals where almost every word is sung, and that the songs – in true Sparksian fashion – feature an overabundance of repeated lyrics. One might be forgiven for shouting ‘Yes! Get on with it!’ at the screen, after the meta opening number, ‘So May We Start?’

Whilst the movie has plenty of longueurs, and it’s disappointing that there are only a couple of noteworthy songs across the whole production, there’s something quite compelling about the dramatically heightened world that Carax has created. However much it feels like the artificiality of the piece – puppet Annette, all the lyrical metacommentary, the obvious rear-projection – is trying to push us away, you still want to find out what on earth is going to happen next.  And there are dazzling moments scattered throughout to remind us what a filmmaking force that Carax (who hasn’t released a feature since 2012’s Holy Motors) can be – a scene involving Simon Helberg conducting an orchestra whilst he delivers a monologue, with several 360 degree spins from an ecstatic camera, is just stunning. 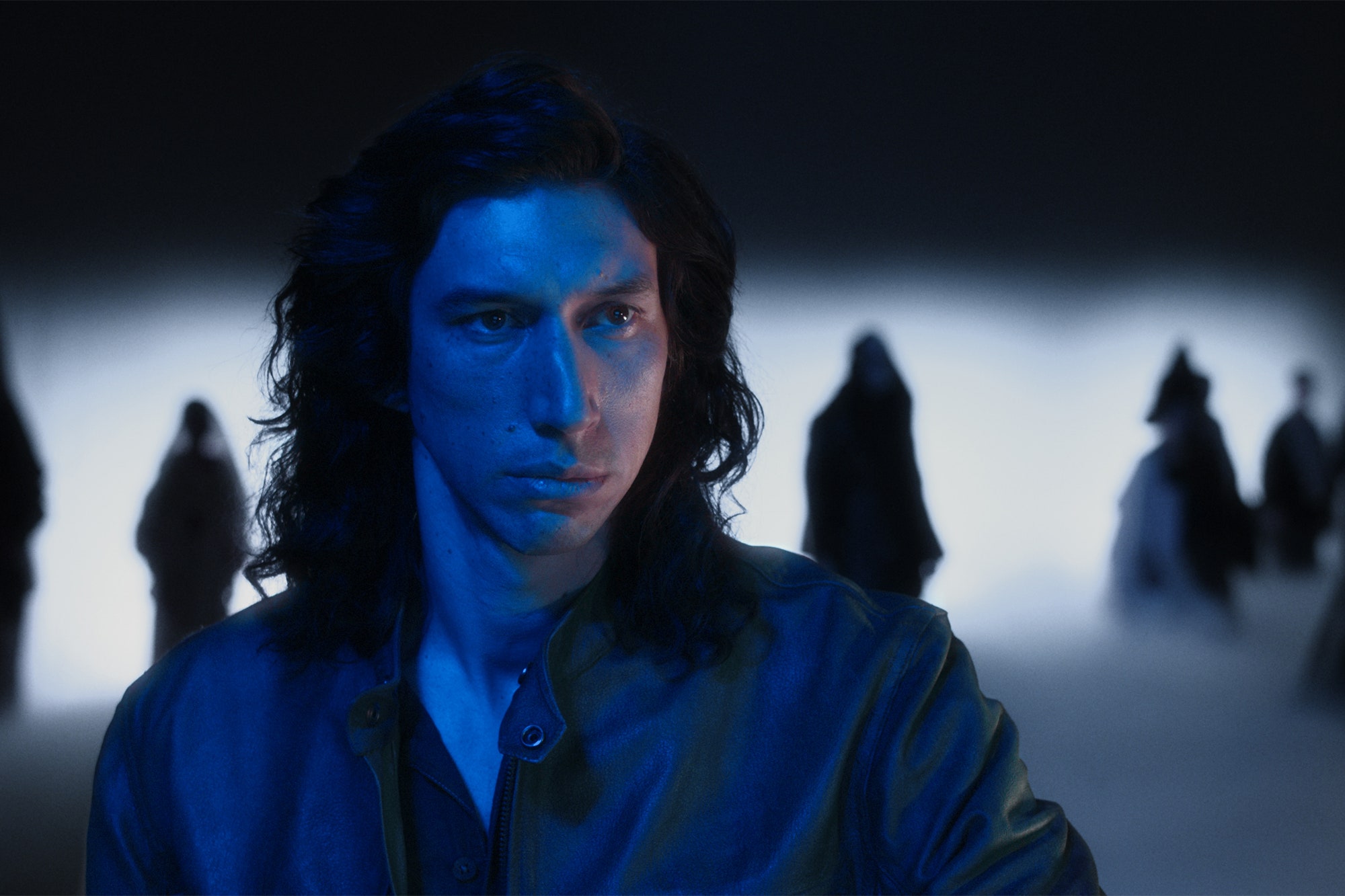 By far and away the best part of Annette is Adam Driver, who has been building up a formidable body of work for the last decade, and still seems to be improving with every movie. As stand-up comedian Henry McHenry, Driver is a captivatingly malevolent presence, slithering round the stage whilst delivering his bizarre routine that oozes with bile and bitterness. Offstage, he’s still intimidating and volatile, but there’s a vulnerability to him too. So many of his scenes involve him being emotional opposite a puppet, but his performance is devoid of self-consciousness. You could justly argue that Carax wastes the indomitable talents of Marion Cotillard on a character that’s little more than a cipher here, but Driver has rarely – if ever – been used better.

It’s hard not to respect a movie that swings for the fences as boldly and weirdly as Annette, and within that capacious runtime, there are flashes of peculiar, mesmerising beauty. If only there had been fewer dull patches, and if only the songs were more memorable, than maybe it would have hit the grand heights it was clearly aiming for.