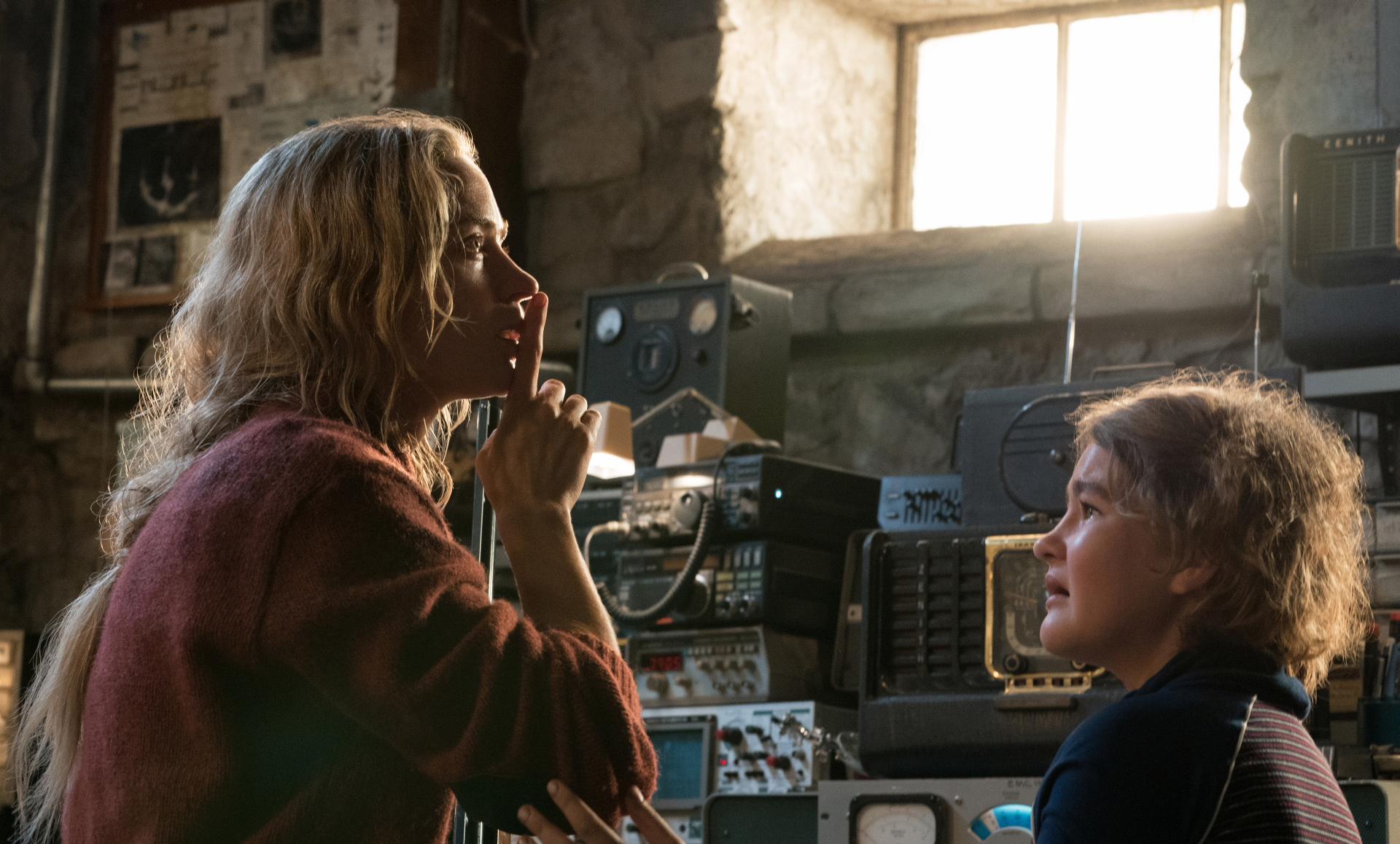 With a cast of four, no more than a handful of lines of spoken dialogue and a running time of ninety minutes, A Quiet Place is one of the most minimal and compact films I’ve seen in years. It’s also one of the most gripping and most original. Starring Emily Blunt and her real-life husband John Krasinski (who also directs), it’s the story of a family menaced by powerful predatory creatures with extraordinarily acute hearing. Consequently, the family – Evelyn (Blunt), Lee (Krasinski), and their children Regan (Millicent Simmonds), Marcus (Noah Jupe) and Beau (Cade Woodward) must live in near total silence. The precariousness of the family’s existence is emphasised early in the film after Beau, the youngest of the children, picks up a battery powered toy in a looted supermarket where the family are trawling for medical supplies, with nerve wracking consequences.

A Quiet Place gets the best out of its high concept plot: set in a house surrounded by cornfields, the film confidently places the family and their situation in front of the audience with little indication of where the creatures came from. Outer space? Underground? In any event, it doesn’t matter. For much of the film, the creatures are no more than a rustling in the corn, a claw flashing from the undergrowth to spear some small nocturnal mammal, or an immediate threat in the aftermath of some unintended noise. When they make their appearance on screen, they have the appearance of hunters perfected by evolution to track and kill with machine-like efficiency. 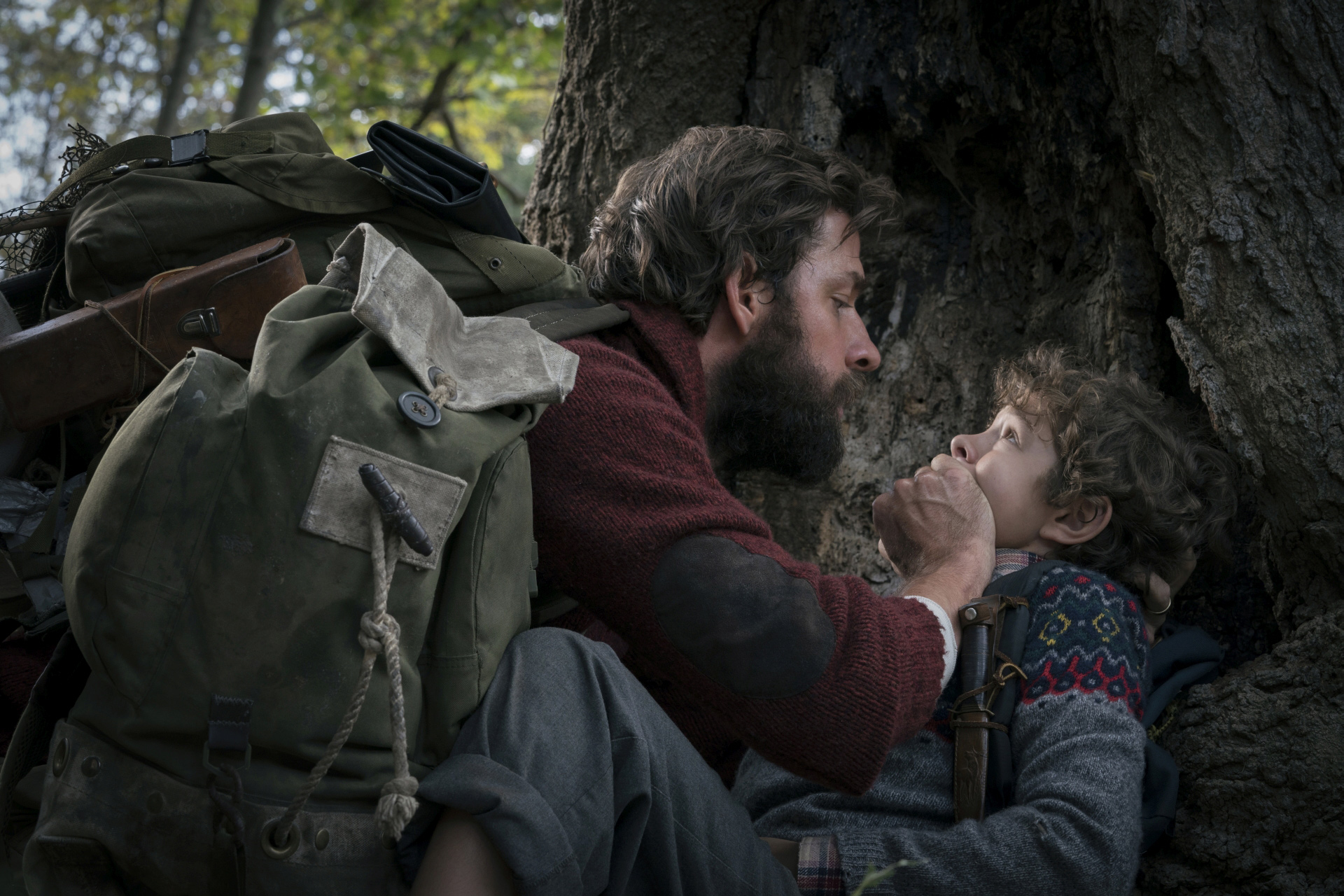 The film is so tightly scripted and well acted that any disbelief in the scenario is quickly dispelled by suspense and by empathy with the characters. Blunt and Krasinski are excellent, but for me the star of the film is Millicent Simmons – her character, Regan, the oldest of the children, is a congenitally deaf adolescent. Throughout the film she radiates stubborn strength, levelheadedness and courage, encouraging her younger brother Marcus – a more sensitive, rather tentative child – to do his bit in protecting the family. 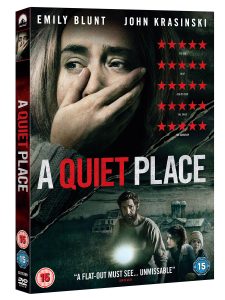 For most of the film, Evelyn is pregnant with another child, and much of the action revolves around the events of the day of that baby’s birth. I really don’t want to say any more about the plot… this is a film that you really must see for yourself. But I will give one thing away: the ending of the film leaves it wide open for a sequel. You can only hope that if – or, given the scale of A Quite Place’s success at the box office, when – there is one, it will be at the same human scale as this, just as intelligent and well scripted, just as tight, and not a bloated CGI-fest. Cinemas are awash with those as it is.

If you like action films that rely on a credible story and believable characters, if you enjoy science fiction that relies on the strength of its plot to engage the viewer rather than on visual overload and baroquely violent set pieces, then you ought to see this. It really is one of the best films of 2018 so far.

A Quiet Place is available on Blu-ray and DVD now.

The Girl On The Train Review