Over the years Michael Bay has developed a bad rep for being a filmmaker who only makes mindless movies for teenage boys. It’s a fair viewpoint, given almost half of his filmography features some sort of sentient robotics and gratuitous big budget special effects. But whilst his penchant for breakneck action and big explosions continues in 13 Hours, the director takes a more human approach, managing to pack in plenty of emotional heft to create a film that’s gripping, gut-wrenching and a million miles away from Autobots and Shia LaBeouf.

To use its full title, 13 Hours: The Secret Soldiers of Benghazi is based on the true story of a militant terrorist attack that took place at the American diplomatic compound in Benghazi, claiming the lives of four US citizens. It begins with John Krasinski’s former Navy Seal, Jack Silva, arriving in Libya and being picked up at the airport by his friend and colleague Tyrone Woods (James Badge Dale), known affectionately to his squad as “Rone”. Immediately there’s a sense of extreme threat and unrest; suspicious eyes watch from the sidelines, guns fixed on anyone who resembles a foreigner. 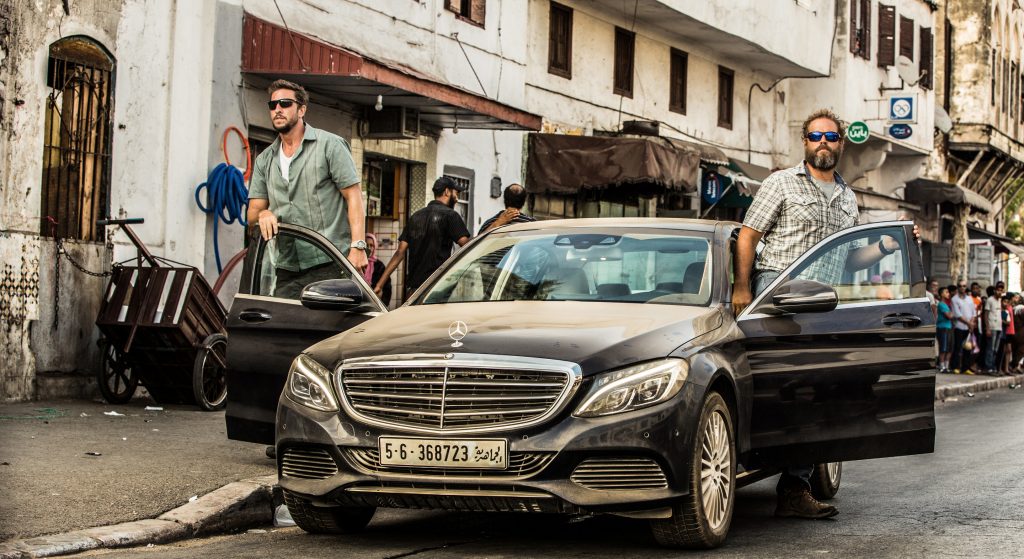 Arriving at “The Annex”, a not-so-secret CIA outpost, Jack is introduced to the rest of his team, a group of highly skilled private military contractors tasked with protecting the city’s Special Mission Embassy and keeping its employees safe. With all other countries having pulled their embassies out of Libya, the main focus of local discontent falls on the Americans and the visiting US Ambassador, J. Christopher Stevens, who is responsible for upholding diplomatic connections.

After a long build up, which helps to set both the scene of political chaos and the camaraderie between Rone’s six-man team, the militants finally make their move on the eleventh anniversary of the September 11 attacks, first striking the compound where Ambassador Stevens is holed up and then launching an assault on The Annex. With the local guards abandoning their posts and surrendering the Americans to a fate that already seems sealed, it’s up to the private security team to protect the compound and the terrified people in it.

In what feels like a bit of a mix between Black Hawk Down and Argo, 13 Hours is a taut and tense biographical war film that hits all the right beats. By taking the audience onto the ground with the security team, the action scenes – which make up at least half of the movie – are gripping and intense. The six American protectors show absolutely no trepidation in the face of flying bullets and mortar attacks, leaving the audience to fear for them.

By giving us a glimpse into the personal lives of the six men, the stakes become painfully clear. These aren’t people who have nothing to lose; they have wives and children. And yet, as Krasinski’s Jack points out, he doesn’t spare a thought for his family when he’s fighting. It’s at once a noble and selfish occupation, one that writer Chuck Hogan carefully lays out for the audience. These men fight for those who can’t fight for themselves, knowing full well that they might not make it home to their loved ones. It’s all the more emotive because we know it’s a true story and people lost their lives.

The performances across the board are on-point, from James Badge Dale’s dedicated and unflinching Rone to Pablo Schreiber’s joke cracking Tanto. There’s a real feel that these six men are like brothers, as they jolly each other along and fight with unreserved fortitude. The audience really cares about what happens to them, likewise with the Embassy workers. A complete contrast to his alpha male team, David Costabile (as the flustered chief) perfectly captures a man trying to maintain charge and control in a situation that renders him completely out of his depth. 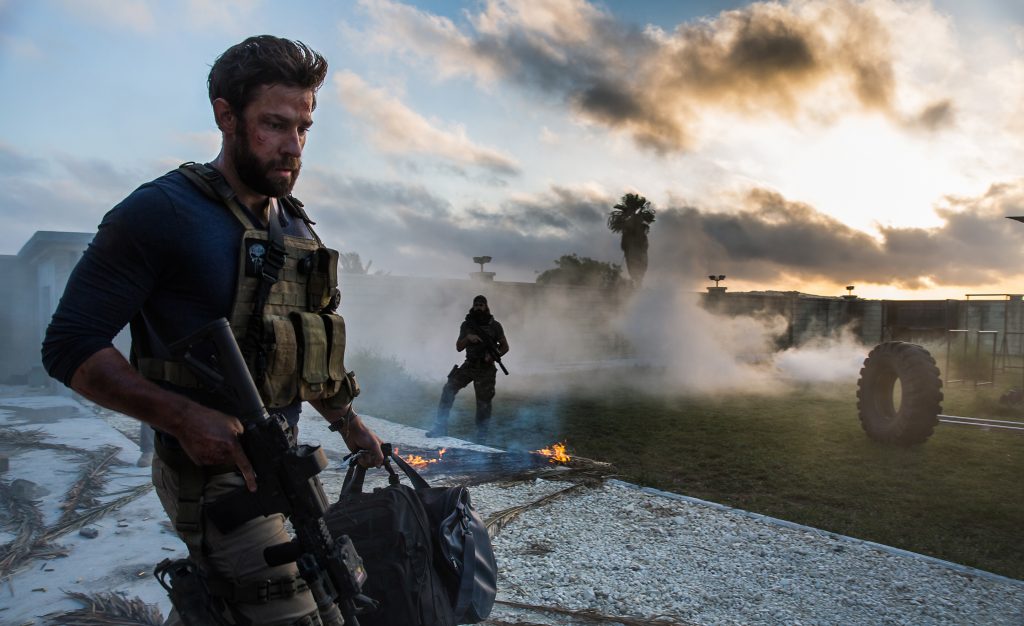 As with most American war films, it’s easy to get caught up in the politics of what went wrong and who the world should blame. But, much like its source material, the film doesn’t attempt to explain the social and political ramifications of the attack, or the reasons for the controversial and apparent lack of aid supplied to the compound’s defenders. It’s a wise move, as that particular game is one that never has a clear winner. This film focuses solely on the men involved and it succeeds in painting them in a suitably heroic light.

Of course, the trademark Bay characteristics are still at play in 13 Hours. Quick editing and a dramatic final act create a memorable, if slightly generic, denouement but this action is counterbalanced by quieter moments that give the story the gravitas it deserves. A scene where a wave of militants approach silently through a field nicknamed Zombieland is one that lingers, showing that a restrained, atmospheric approach is just as, if not more, effective than littering the screen with fake computer generated garbage.

Michael Bay might have a way to go before the critics consider him a worthwhile filmmaker but with films like 13 Hours, he could be on the road to changing their minds.

13 Hours: The Secret Soldiers of Benghazi is released on Digital on Monday 30th May and On Demand on Monday 13th June.