I’m not particularly a fan of premises, or more accurately, of the value of judging a show, film, book or whatever just by a couple sentences that have been strung together to vaguely indicate what to expect. But sometimes, the premise itself is mad enough to warrant consideration, in the sweet spot between high-concept and grounded. Breaking Bad remains one of the best examples of a single sentence setup: ‘After being diagnosed with cancer, a high-school teacher turns to a life of crime to provide for his family once he’s gone’.

Indeed, it is Breaking Bad’s mix of family, crime and morality that Valkyrien, the latest show to come through Channel 4’s Walter Presents platform, is most reminiscent of. And its premise gives Breaking Bad some competition too: ‘Trying to find a cure for his dying wife, a doctor resorts to setting up a research clinic in an abandoned underground station, with the help of a shady survivalist.’ Let me put it this way: there are crazier shows with far simpler ideas.

But that is the basic gist behind the show. Thankfully, the writers seem well aware of the need to rationalise and contextualise the concept, because that is exactly what they do across the two preview episodes made available – the first of which airs Sunday 13th August on Channel 4. Through a series of flashbacks to the near-past, intertwined with the main plot of the ‘present’, it’s revealed how Ravn (Sven Nordin) ended up working outside the law. Nothing in these flashbacks is much of a revelation; while they fill in gaps in the narrative, and provide an explanation, they function less as a way of dramatically changing the dynamic of the narrative, and more as a way of furthering the characterisation of Ravn and others.

The partial exception to this is in the fact that his wife didn’t commit suicide, as Ravn claims to all in attendance at her funeral, but is still alive – though in a coma – cared for by Ravn in his underground clinic. Functionally, it’s a reveal, in that Vilma remains off-screen in the present for much of the premiere, but it only really serves to confirm the only possible situation. For a start, it’s a fact shown in Channel 4’s own premise for the show on their website, but more importantly, if Vilma was dead, why would Ravn be bothering to illegally and covertly find the cure? It’s an interesting structural choice, not one that makes or breaks the show, but interesting nonetheless. 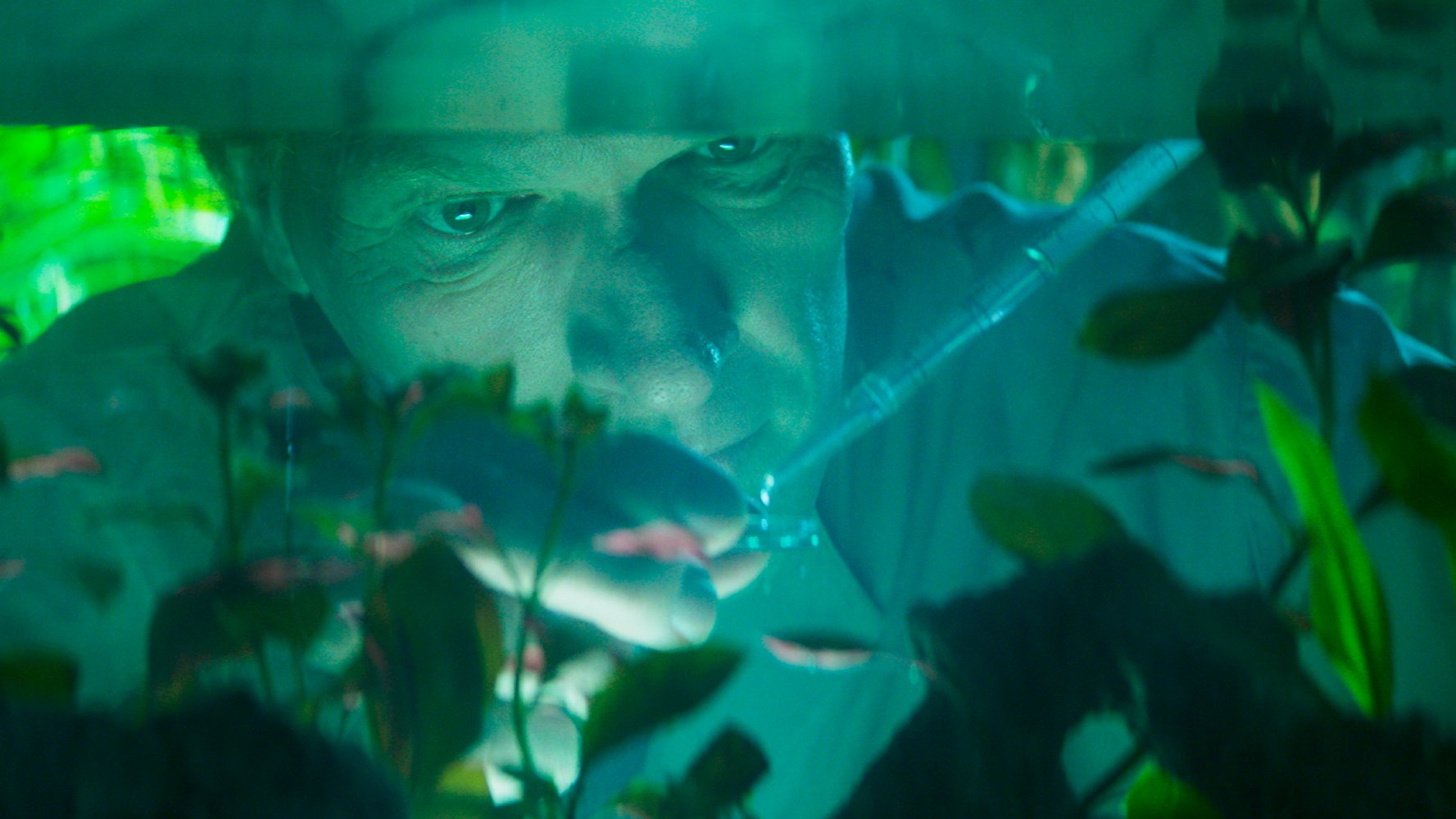 Visually, Valkyrien benefits from its use of a particularly convincing network of sets and locations, most notably in the numerous shots of characters crossing the train tracks to get from one part of the underground compound to the other. Episode by episode, it feels like there is more to discover, amplified by the question of what Leif (Pål Sverre Hagen) and Teo (Mikkel Bratt Silset) – the former being the aforementioned survivalist, the latter, also a survivalist, but introduced to Ravn and the show as a criminal patient – might do with the space. Additionally, the lush title sequence offers a strong, sustained thematic focus on bees – with shots of them floating in a blank space, and more familiar images of locations of the show rendered in a honeycomb pattern – yet the opening episodes offer little indication of the relevancy of this, leaving it a mystery for the remainder of the series.

As the central character of Valkyrien, much of the dramatic weight falls on the shoulders of Nordin as Ravn, the show’s own Walter White, driven to find his wife’s cure. Yet subjectively, in comparison to Breaking Bad and others, or objectively, compared to itself, Ravn seems oddly undefined. Obviously, two episodes is nothing in the wider development of a character, only enough to scratch the surface, but while his concern for his wife is certainly visible on screen, there isn’t necessarily much else to him. His state of mind, his priorities, his boundaries, are unclear; what will he do for Vilma, or what won’t he do?

Part of the problem in the show picking up the narrative with Ravn settled into his new routine, is that to this viewer at least, he treats an exceptional situation as wholly unexceptional. Six months in, this is just his life, rather than an uncomfortable new reality that he and the audience could discover together. Resultantly, while his narrative direction in getting to a point in time where he treats Vilma illegally in an underground station implies a large degree of determination and initiative, on-screen, he seems rather passive, defined as much by the actions of other characters as by his own.

Ultimately, there is potential in Valkryien, but the real question that will determine how good it can be isn’t really one that can be answered across the first two episodes; that being: how far will the cocktail of criminal survivalism, desperate medical research, and police suspicions go? It’s a compelling formula, but perhaps not a sustainable one, so the hope is that over the course of the series, things fall apart as one might expect them to, rather than being held together by fortuitous plotting. But that’s a question for the rest of the series. For now, it’s an interesting and entertaining start, built on one of television’s more bizarre ideas, and certainly worth starting.