It’s been two decades since director Luc Besson gave us The Fifth Element – a rich, vibrant and ridiculously colourful space opera that this reviewer still looks back on with great fondness. Since then, Besson’s filmography has been somewhat…patchy. With output including the likes of Lucy, The Adventures of Adele Blanc Sec, The Family and co-scripting a bunch of off-the-conveyor-belt schlocky action movies, Besson’s career is as diverse as the polarizing opinions that often tend to greet his work.

Twenty years on from Besson’s first voyage into the realm of fantastical space opera, and he’s once again delving back into the vibrancy of his vision of the cosmos with Valerian and the City of a Thousand Planets, an adaptation of the comic series by Pierre Christin and Jean-Claude Mézières. Now, I have to admit, the prospect of Besson giving us another sweeping sci-fi movie was more than a little mouth-watering, particularly given my fondness for The Fifth Element. Even the somewhat paltry reviews that greeted it when it was initially released in the US a few months ago couldn’t dampen my enthusiasm. Alas, it is with a heavy heart that I must report that as well as going down as one of the biggest box office flops of 2017, Valerian and the City of a Thousand Planets must also go down as one of my biggest disappointments.

The film might offer some of the most striking and visually stunning designs you’re likely to see in any film this year, but it’s nothing but a visage designed to distract from the bloated hollowness of the narrative mess that resides within. 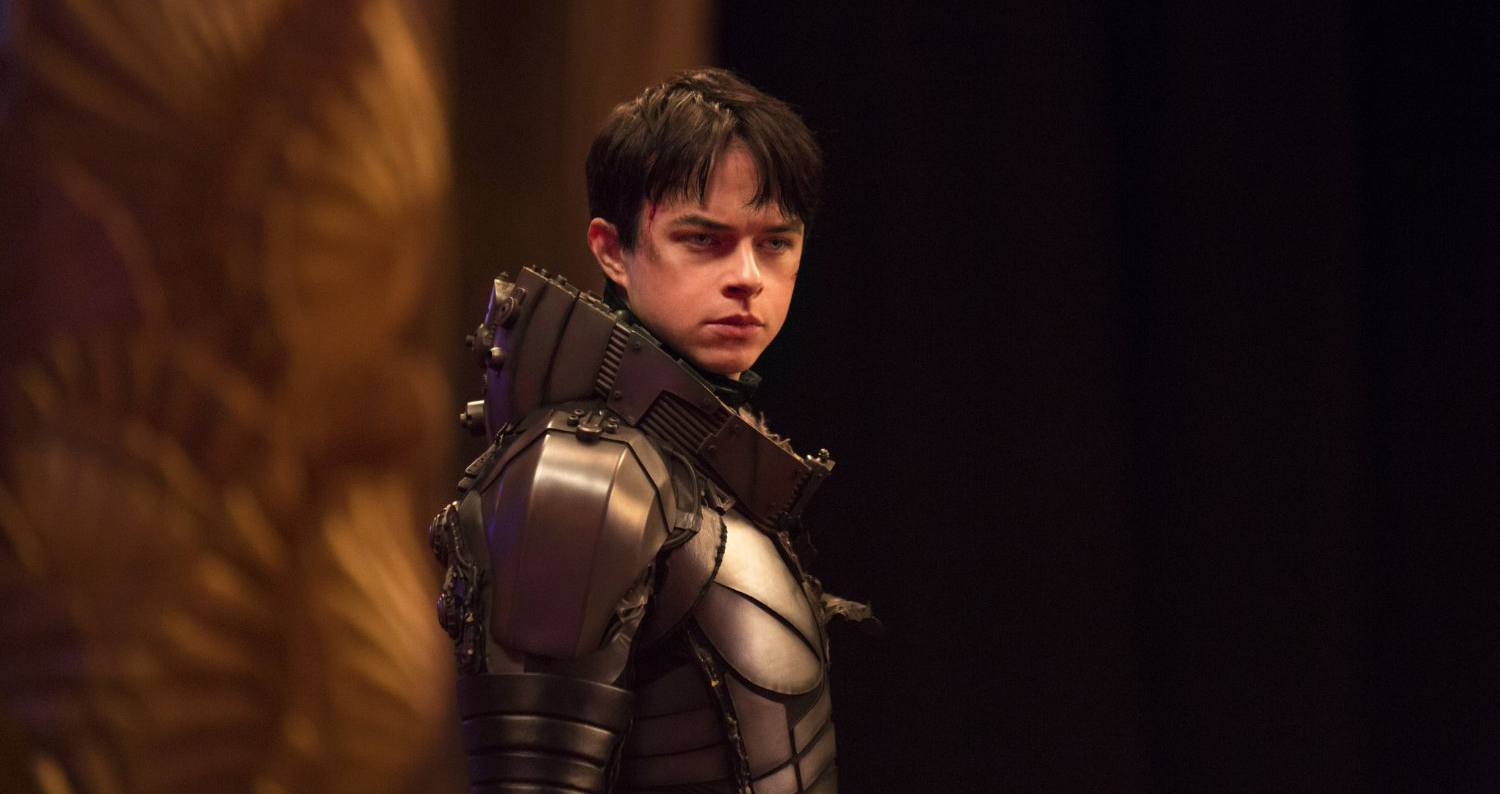 Set in the distant future when humanity and the various alien species that populate the universe live together in relative harmony, government agents Valerian and Laureline uncover a terrible conspiracy on board Alpha, the eponymous City of a Thousand Planets – a giant space station of sorts in which thousands of species from all across the galaxy reside side by side.

There’s no denying that Besson and his team of artists and designers have created an impressively rich and vivid universe. From the aliens and the design of Alpha, to the costumes and the weapons, every aspect of Valerian has been crafted with such loving care and precision, to the point that you almost wish for the film to take a break from its meandering by-the-numbers plot so that you can take time to gaze in awe and wonder at the beautifully realised world. Any other time and I would recommend trying to see this on the biggest possible screen that you can find, but unfortunately, given the actual film that surrounds this universe, it’s hard to justify forking out the extra dough.

One of the major faults of the film is the casting of its two leads. The city of Alpha may teem with vibrancy and life, but its lush detail and grandeur only highlights the sheer blandness of Valerian and Laureline. As the supposed ladies’ man and roguish agent Valerian, Dane DeHaan is woefully miscast in the lead role, struggling constantly to inject charm and mischievous humour into what is essentially nothing more than a one-dimensional cardboard cut-out of a character. Meanwhile, Delevingne is as bland and lifeless as her counterpart, failing to convey even the simplest of emotions when the time calls for it, and looking all the while as if she’s constantly on the catwalk. 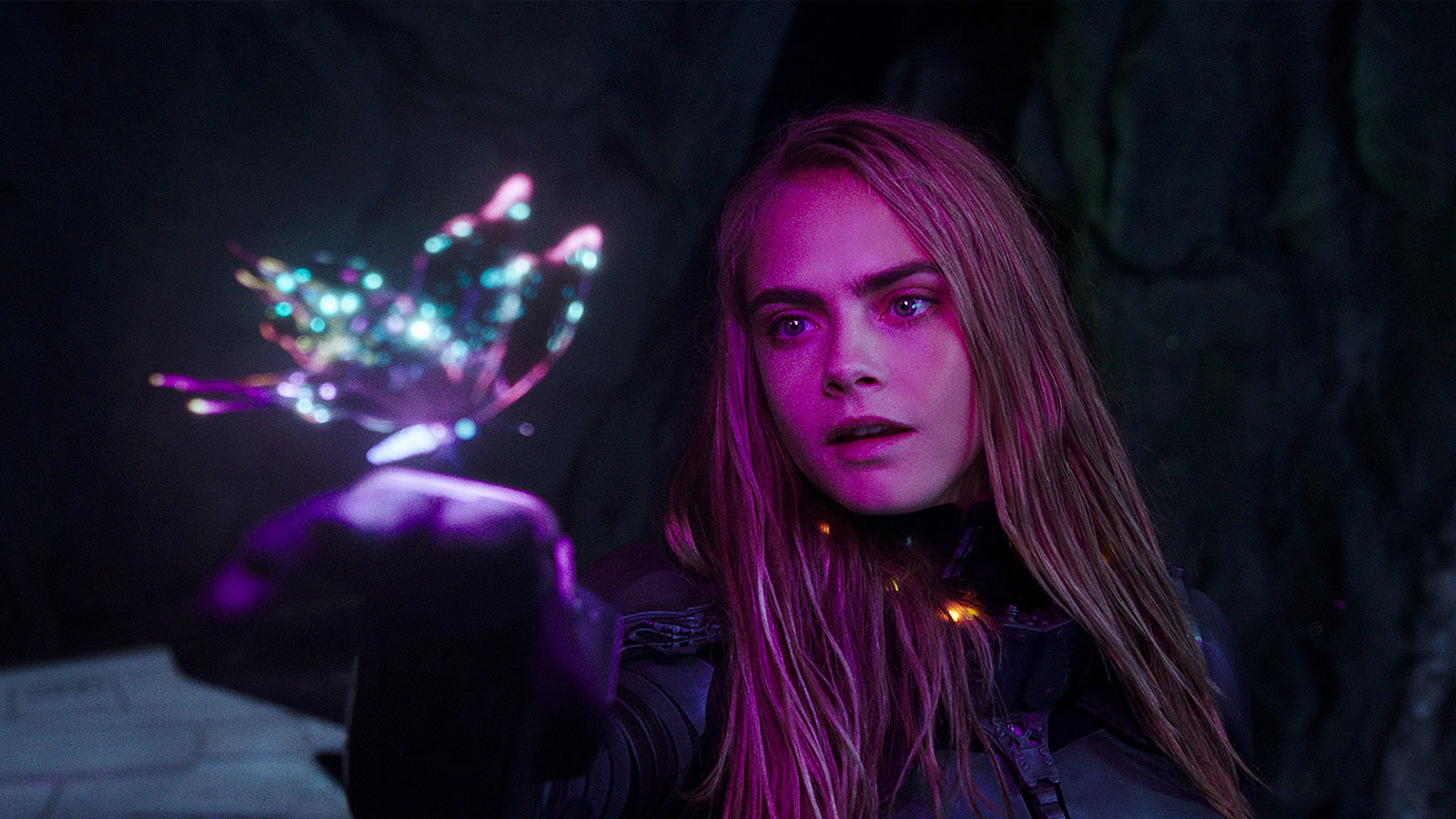 It doesn’t help that Besson’s screenplay saddles the actors with stunted dialogue and the most cringe worthy scenes of forced flirtatious banter. With the right pair of actors, the characters of Valerian and Laureline could’ve been a fun on-screen couple, transcending the convoluted and dull narrative that surrounds them, but DeHaan and Delevingne’s lack of anything resembling human interaction makes the film feel longer than it needs to be. And boy is it long. Clocking in just shy of nearly two and a half hours, the film is stretched and feels it.

Clive Owen is somewhat wasted in a pivotal role as the commander of the Human Federation whilst Rihanna mostly plays Rihanna in a small role as a shape-shifting alien. But perhaps the most memorable and bizarre role is that of Ethan Hawke and…well, the less said about his appearance the better. I’ll leave that one as a surprise.

Valerian and the City of a Thousand Planets may be the best looking and most dazzlingly designed film you’ll see all year, but it’s also one of the dullest and most languidly boring space operas I’ve seen in a long time. Stick with Guardians of the Galaxy, Star Wars or heck, stick with The Fifth Element.