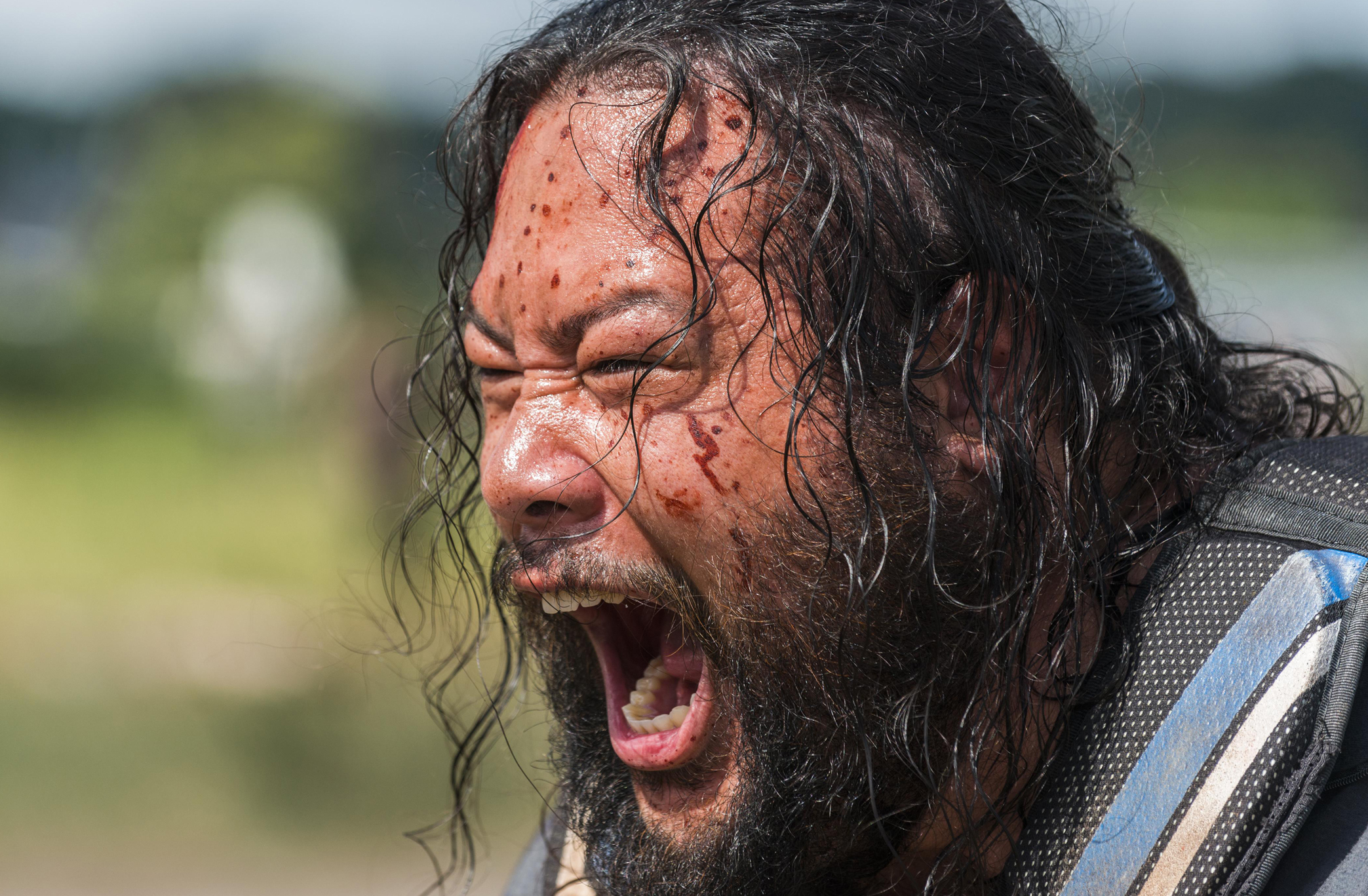 Credit where credit is due – no matter what The Walking Dead serves up on a weekly basis it’s certainly a show that gets people talking. If you follow the show’s hashtags on Twitter during an airing you get such polarising opinions on each and every episode. One fan will think it was the best episode ever, while another on the other side of the world will no doubt exclaim that they’re completely done with The Walking Dead and never watching again. Inevitably they’ll be back next week and we’ll do it all over again.

That’s where we find ourselves this week with ‘Some Guy,’ an hour of television that was perfectly placed to upset and excite in equal measures. Let’s start off by saying that some moments in the episode illustrated exactly what the show is capable of delivering when it gets it right, and that’s what makes it all the more frustrating when it’s boring and meandering. If you were expecting a Negan (Jeffrey Dean Morgan) and Gabriel (Seth Gilliam) development or resolution then you were sorely let down, with the writers hanging on for yet another week without returning to them. Spoiler alert – next week looks like your week! The focus this time however was all Ezekiel (Khary Payton) and his survival from the onslaught we witnessed at the end of ‘Monsters’.

He’s a tough man our Ezekiel, that’s for sure. It’d be easy to see him as all smoke and mirrors with his big speeches and Shakespearean tongue but the truth is he’s a driven, loyal and ambitious man that shows his determination and survival instinct here. He’s beaten down, suffered great losses and yet he hasn’t given up. He still has his loyal Jerry (Cooper Andrews) by his side, who manages to steal the show actually. Kill after kill, Jerry and his magical axe gives us fans something to get excited about and we really need more of that. It’s inventive and fun rather than just shooting guns and missing everyone for an hour. That’s the sort of action we’ve all been hoping for. 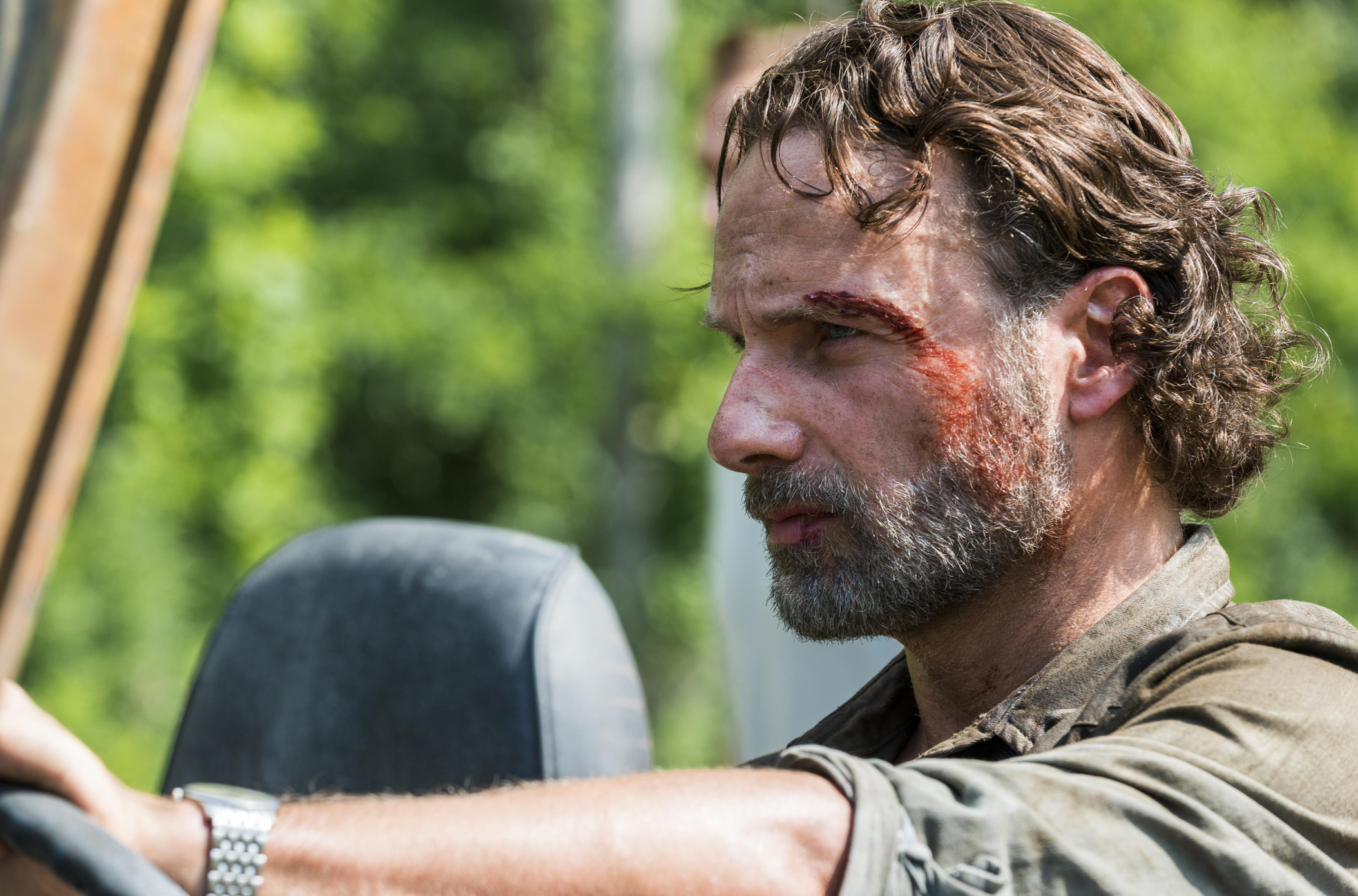 Carol (Melissa McBride) also gets time to shine. It’s no surprise that the best episodes feature Carol being an absolute badass and taking control of the situation. No whining, very little talking, and just acting like a female Jack Bauer of sorts. If you’re going to have someone by your side then it’s definitely Carol. If anything she should be the leader, not Rick (Andrew Lincoln) because his leadership is questionable at best. In fact he has very little to do this week, assisting in a gun raid with Daryl (Norman Reedus) who seems happy to just be riding around on his bike these days. Good for him.

The truth is as soon as it’s clear that Ezekiel is the focus of ‘Some Guy’ it almost telegraphs the fact that something is going to happen to him. It’s just the way most shows work. Any time you got a decent flashback to someone in Lost you almost knew their time was nearly up. Here the writers do a great job of building him up, giving him some self-doubt and struggle, and then breaking his heart with Shiva’s death. Thankfully it’s not too graphic, as it doesn’t need to be, and it certainly feels more upsetting than some other recent deaths we’ve had. Should we really be more upset about a CGI tiger than other characters? That’s probably a debate for another week.

With a sprinkle of meaningful flashbacks and heartfelt moments between Carol and Ezekiel, ‘Some Guy’ manages to deliver a decent balance of action and emotion that The Walking Dead often fails to do. Yes, there are still too many guns and unlimited bullets, but happily it’s toned down a bit this week. Instead we have the focus on some gruesome looking walkers, a fan favourite that has been brought to his knees and doubts his own leadership role, and a real sacrifice that will have a lasting impact. You could argue it’s a little too late to try and bring some depth to Ezekiel but on the whole it works and Payton’s performance certainly deserves praise. Now if we could just have Jerry and his axe lead every episode maybe we’ll finally find that recipe for success we’ve been looking for. #TheWalkingJerry