It’s funny what a difference a little momentum can make to a show like The Walking Dead. When you get to the end of an episode and absolutely nothing has happened it’s a real struggle to drag yourself back week after week to catch up with Rick (Andrew Lincoln) and his merry men and women. Yet when it’s on form and actually delivers something captivating, the week goes by quickly and you find yourself entering an episode with anticipation rather than dread. ‘Do Not Send Us Astray’ is one of those episodes, set up by the hugely enjoyable ‘The Key’ last week, leaving us wanting more of Negan (Jeffrey Dean Morgan) and whatever Jadis (Pollyanna McIntosh) had planned.

As we all know by now, The Walking Dead isn’t a show to reward you straight away, so inevitably this week’s episode had absolutely nothing to do with Negan or Jadis whatsoever. Surprise, surprise. Instead we were treated to Simon (Steven Ogg) and his blatant disregard for all things Negan despite claiming he IS Negan. They’re all Negan you see, apart from Negan isn’t actually around. So there’s a lot of Negan but actually no Negan whatsoever. Confused yet? Don’t worry, you’re not the only one. Anyway, Simon’s all about the killing and taking down Maggie (Lauren Cohan), while poor old Dwight (Austin Amelio) is doing his best to not kill anyone and still stay on Simon’s good side. It’s blatantly not going to work out in the long run and I feel quite sorry for the poor guy. Daryl (Norman Reedus) isn’t sure of his intentions anymore but Tara (Alanna Masterson), surprisingly, believes his heart is still in the right place. If anyone’s likely to try and rescue him it’s her.

The main focal point of this week’s action was Simon and his cronies following through with Negan’s plan to infect everyone with their weapons. It’s quite nice to actually see someone have a plan that works out for a change, rather than everyone being ridiculously stupid and failing constantly. That’s not to say that there isn’t an epic amount of fail this week because there is. Mostly on the side of Maggie, Rick and every single person on their side incapable of shooting properly. Seriously, they had Simon and everyone lined up like sitting ducks and still managed to allow them to run away. At this point our heroes almost deserve everything they get simply because they’re so damn useless. At this point I’m even willing to get behind Henry (Macsen Lintz) and his crazy ways, as at least he might hit something – though he is incredibly annoying, like most kids in TV shows. 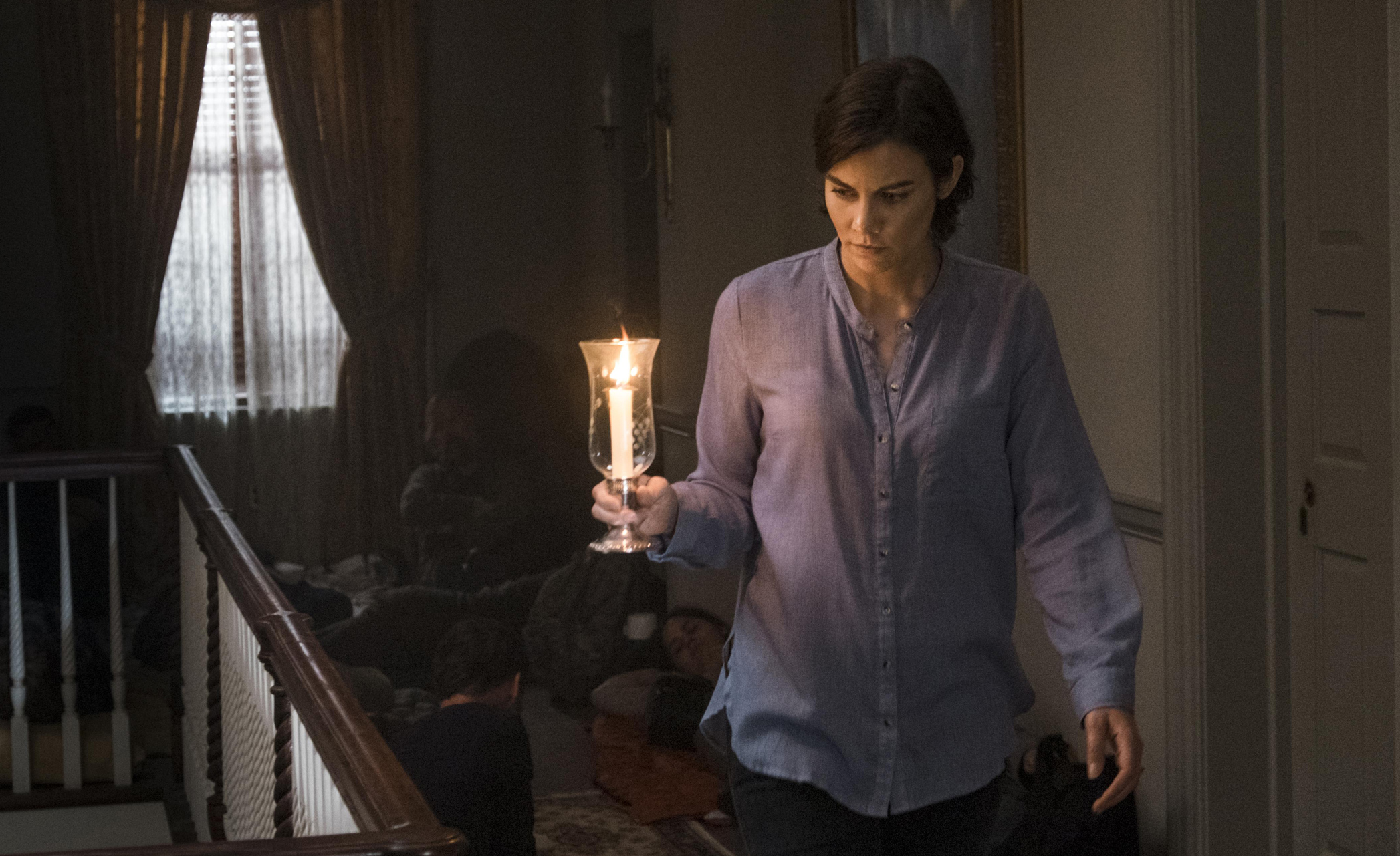 It’s no coincidence that the last couple of episodes have been far better just when the spotlight is shining on Maggie. Again, she’s a leader that you can easily get behind despite having her own personal vendetta driving her. Remember Glenn? I do, but mostly for his stupid dumpster escapades, so I don’t miss him. Sorry world. Anyway, there’s a lot of collateral damage when it comes to Maggie and her plans but that’s nothing new. People have been dying by following Rick for years now and trimming the fat can’t be a bad thing, so I’m all for Maggie sacrificing a few people for the greater good. The real question is: who will end Negan? Both Rick and Maggie have their own reasons for going after him, so it’ll be interesting to see where we end up and who has to live with the consequences of their actions. They have to find him and Jadis first though. Maybe send Jerry (Cooper Andrews) after him instead. I’m all about more Jerry in the show.

I think we all knew once Carol (Melissa McBride) sat down with Tobin (Jason Douglas) to have a chat that things weren’t going to end well for one of them. Obviously there’s no way they’d be stupid enough to get rid of Carol yet, so sorry Tobin but you had to go. Carol doesn’t have the best luck does she? But to be fair she’s at her most interesting when she’s alone and kicking some serious ass, so she doesn’t need any special friends distracting her. As we hurtle towards the season finale, we need Carol in prime anger mode along with Morgan (Lennie James), although the latter is far too distracted by visions of the man that Henry killed. I really could have done without that.

So we find ourselves in a difficult position now. Maggie is concerned at the number of people she’s losing, while Rick has no idea what’s happened to Negan. Some of the Saviors are willing to stay and work with Maggie, while Gregory (Xander Berkeley) has no intentions of being a hero and has run away. Damn that Henry and his stupid ideas. Who knows what he’ll do next but he’s definitely a liability, as is Morgan these days. All in all, ‘Do Not Send Us Astray’ was another solid episode that gives me hope of ending the season on a high. It’s not a perfect show but it seems to be learning from its mistakes. Sometimes.

Book Review: Come and Find Me by Sarah Hilary