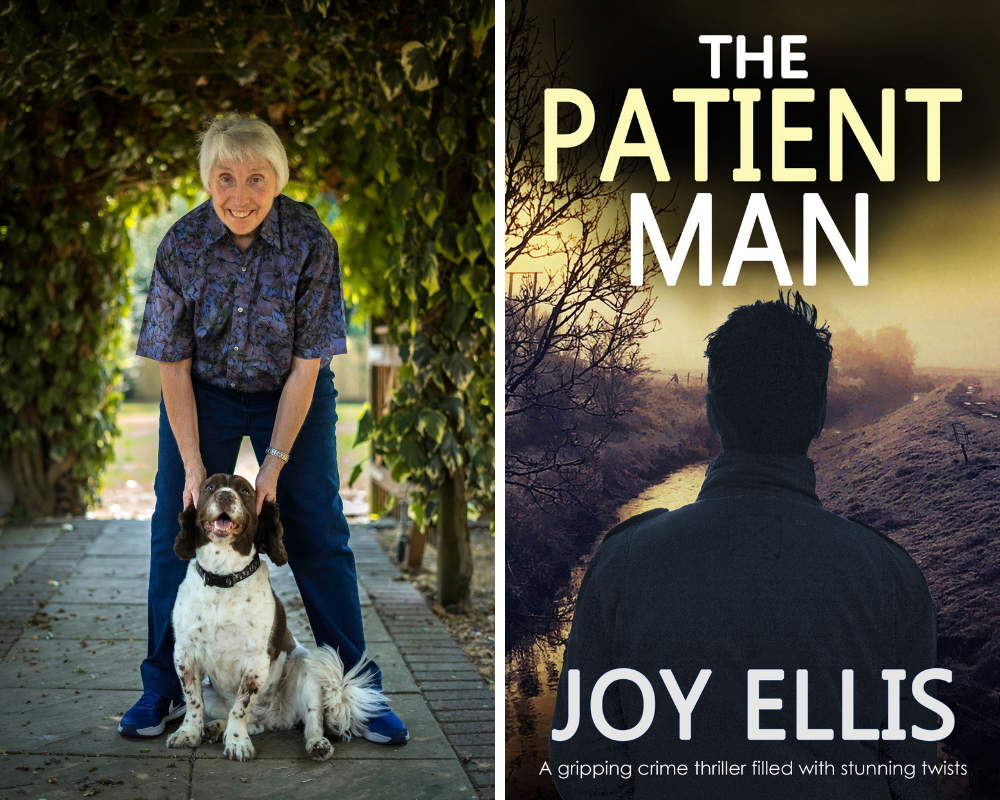 We never intended to move to the Lincolnshire Fens. When my partner, Jacqueline, retired after thirty years with Surrey Constabulary, we decided on a complete change of scenery to be the backdrop to a new stage in our lives. We looked at Norfolk, but were soon priced out of the market, and a friend who came from Lincoln, suggested we look over the border.

We relocated in January 2000, to a small fen village, and totally fell in love with the slower pace of life and big skies of Bomber County. I knew instantly that if I could not fulfil my dream of becoming a writer here, then it would never happen anywhere. After completing two full length cross-genre (crime/paranormal) novels, and being unable to find a publisher for them, I went back to the drawing board and decided on a compete change of tack. With Jacqueline’s knowledge of police procedure and the judicial process, and my life-long love of mysteries and crime novels, my direction suddenly became clear. And what better county to set a police procedural murder in!

I think it all came together one evening when we were walking our first two English Springer Spaniels, Max and Rowan, out from the village and onto the fen lanes. There was what could only be described as ‘a moment’, when the atmosphere of the location just stopped me in my tracks and fill me with wonder. It was twilight, or as they call it here, ‘darklins’. The sky was a slowly deepening dark blue, with pinpoints of stars just starting to appear, and a bright moon was already gleaming, even though the last vestiges of the day still made the path ahead quite clear. Suddenly a mist rolled in from the direction of the Wash and the North Sea, and the whole scene changed. Clarity and sharp focus disappeared, and a strange eeriness from filtered moonlight that seemed to flicker as tendrils of mist drifted to and fro. Then the mist settled into a band that hovered about a foot from the ground and some twenty foot high, so once again the moon and sky was clearly visible, but all around us, trees, shrubs, a deserted barn, an old farmhouse, were all enshrouded in the cloak of the sea fret. In one direction, looking back towards the village, we could see the church spire and the tops of the tall trees that grew in the churchyard, but beneath them was nothing but a hazy gloom. Beautiful as it was, it held a kind of menace, and that was the pivotal moment when I realised that the main character in my new novel, was going to be the Fenland itself.

Over the next few weeks I constructed a complete new territorial police force, the Fenland Constabulary, responsible for policing the Fen area of Southern Lincolnshire. I had been advised to keep it fictional and avoid official complications, and this was good advice. In my mind I could see at least three divisions and several stations in different towns, all with their own set of characters. It seemed sensible to start with the largest market town, which I named Greenborough, and was based on Boston, with its port, tidal river, massive parish church, market square and cobbled alleyways.

That done, I looked to the countryside, and the kind of rural and remote area my officers would be policing. We drove to the marshes, walked the long ‘pads’ or footpaths across the fields, explored watercourses and rivers and drains. Drains by the way are manmade ‘rivers’, some navigable, and all part of the large drainage system that prevents flooding of the arable farmland. We took the dogs to the sea-banks, incredibly long straight sea defences that form barriers between the rivers and the Wash and the farmland. We went out at all times; dawn and dusk, in all weathers, and saw the best and the worst that our water world had to offer.

My main character was evolving fast, and I was getting an increasing sense of just how difficult it would be to police a huge rural area like this. In many locations mobile signals were either poor or non-existent. The logistics of getting from A to B were a nightmare. Sat nav didn’t recognise many locations and frequently took some of the massive food industry transport lorries down narrow, ditch lined tracks that led nowhere. The fen lanes could be deceptive and dangerous, and vehicles in ditches and dykes are an everyday occurrence. The more I saw, the more I realised that this played beautifully into the hands of the crime writer!

Now, all I needed was a plot line, and that came whilst shopping alone in a backstreet in Boston. A shop door opened and a lad ran out right in front of me, he was wearing a hideous rubber mask. I jumped a mile, he pulled the mask off and apologized, and after my blood pressure had returned to normal, I started to think how scary that could have been if the lad had been a bit older and had bad intentions in mind. Crime on the Fens, Book #1 in the Fen Series was born from that thought. Gangs of youngsters wearing identical horrible masks are creating a reign of terror in Greenborough, and the police begin to think there is something far more sinister going on, and the masks are just a smoke-screen. Enter DI Nikki Galena and her new DS, Joseph Easter in their first case together.

Reading this back, it all sounds so well planned and a simple route to starting a new career as a crime writer, but that wasn’t the case at all. From my determined and bright beginning, I wrote eight, maybe nine books, and endured twelve years of rejection letters. I had one book taken up by an agent who was full of enthusiasm for its future, but failed to find any takers, gave up rather quickly, and it’s still in the attic somewhere. I found a wonderful agent who did manage to get two books into publication as hardbacks, which was a dream come true, but they were very expensive and when the short print run ran out, no more were published. I quickly became an out-of-print author. Then, very sadly, my agent passed away, but not before insisting that I try self-publishing. She said the books were good, and not to waste them. I took her advice, but found the process rather daunting for someone with limited IT skills. Even so, I managed to get five of my books up and running as e-books, but by this time I was seriously considering giving up altogether. Jacqueline and I were not enjoying our planned retirement together and the books seemed to be hanging in limbo. Maybe it was time to throw in the towel? Or maybe not….

Enter Jasper Joffe of Joffe Books, who read one of my e-books and became a detective himself to track me down. I had no media presence, but he discovered me through an old article in a local paper when my first book had been published in 2012. His call came at the lowest point in my writing journey, and was like a light in the darkness! His obvious passion for books and publishing were inspiring and I knew immediately everything was about to change. Joffe Books were a small independent publishing house (now grown into one of the UK’s leading indie publishers, selling 2.8 million books per year), and he explained how he could market ebooks all around the world. I knew it would be a step away from the traditional publishing world, and by this time, I welcomed it with open arms. It was the best thing I ever did! Some considered that I was going over to the Dark Side, but the world is changing, people read in different ways now. Proper books are heaven, and always will be, but a Kindle can hold a whole library of wonderful volumes in one tiny sliver of electronic wonder. It doesn’t matter how you read, what matters is simply that you DO read!

And so I was back to my ‘main character’, writing again, and using every aspect of these wonderful fenlands. Over my twenty five books and three series, there have been poor souls lost on the marshes, victims found in deserted windmills and derelict factories, others lured into the mists, plunging from WWII conning towers, buried in remote fields, incarcerated in gloomy old farmhouses and drowned in water courses or caught by treacherous tides. It seems, I’m delighted to say, that my main character knows no bounds as to how it can cause fear and mystery and mayhem!

Joy Ellis is one of six authors on the British Book of the Year’s Crime & Thriller shortlist, with the award winner announced on Thursday 13 May, 2021.