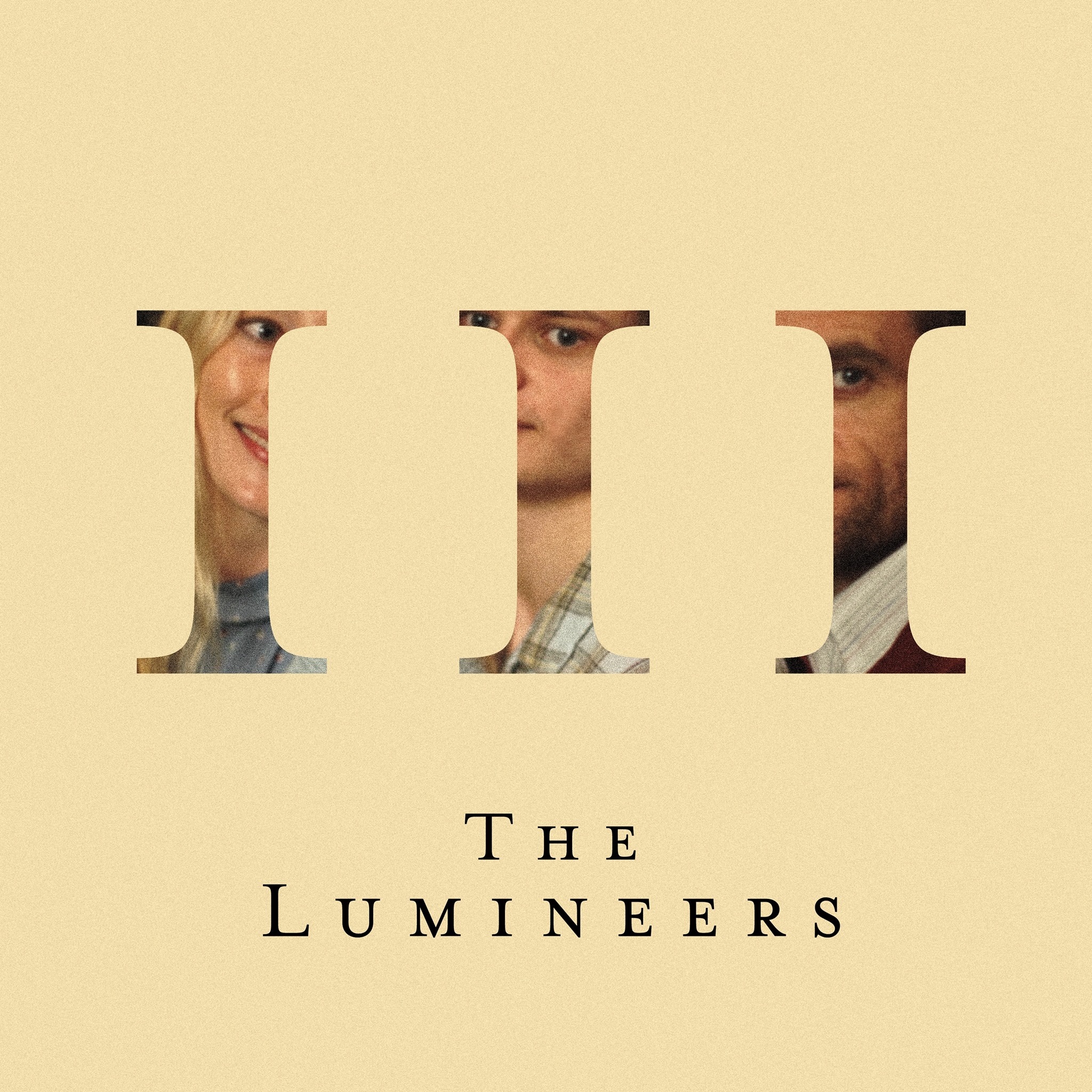 Scorsese’s new Dylan docco, Rolling Thunder Revue, has been on Netflix for the past few months. In it, amongst The Great Bob’s face-painted antics, the many talking heads and the questionable snippets of folklore, there are two performances that stay burned in the brain. Neither is by Dylan. The first is Joni Mitchell in a downtown attic; the second is Patti Smith on a tiny club stage. In both cases, we see them musically naked. Shorn of studio, band and producer, just for a moment we see them sing and play right down the line, just past the camera, singer and song and nothing more, and we see that it is good. Great artists need no puff. All they need is a song – and not even much of one of those.

III, the Lumineers’ latest LP, pulls off the same trick. In an age when pop music is made by committee, when computers drench our melodies in unreal gloss, when creatives have to chase ever further away from simple instrumentation to find novelty, it’s as refreshing as silence.

As the songs unfurl we rarely hear more than a voice, a guitar and a piano. Drums and bass occasionally sidle into the frame, but only in the way that a cloud passes across a clear sky. Songs like ‘My Cell’ and ‘Left For Denver’ are intimate, bittersweet affairs, their organic production and first-take vibes belying cast-iron songwriting.

Fine curlicues of piano detail the frame while the guitar paces purposefully on, and Wesley Schultz’s sandpaper-and-silk vocals go from conspiratorial whisper to heart-emptying cry like it’s nothing. Lead single ‘Gloria’ breaks the mould a little with a bathtub-thumping crowd singalong, but it’s a natural counterpoint, a crescendo rather than a violation.

III is a concept album, based loosely on Schultz’s own family history. The fictional Sparks family stumble through a harsh life, meeting addiction, violence, misogyny and desperation along the way. The album is accompanied by a short film, scenes from which also double as music videos. It was recently premiered at the Toronto International Film festival, which isn’t bad for a glorified MTV piece.

As with all concept albums, though, from ‘Tommy’ through ‘The Elder’ to ‘Drones’, the music is better when the ‘storyline’ is allowed to take a back seat. Three-minute rhyming pop songs can only serve their subject matter with so much depth. When matched with the oh-so-earnest visuals of the film, III quickly begins to slide into mawkish melodrama, losing its finesse under layers of symbolism-by-numbers. That’s not the fault of the subject matter; it’s the fault of the medium. Tragedy can’t be compressed into a music video. To attempt it is to seem trite.

Thankfully, the music itself is heavenly, as bare and ominous as a Rothko, as sparse and beautiful as a winter horizon. Like Joni and Patti, the Lumineers achieve that which few performers convincingly can: the merging of art with popular appeal. In its delicate structures, III reaches towards something vast, but it does it without losing sight of the verse-chorus-verse foundation that made pop great in the first place.

A vital dawn chorus of an album.

The Lumineers at the O2: one big celebration