Terrorised families and traumatised children are staples of the supernatural horror genre, playing on our innate fear of what lurks in the dark – both physically and figuratively. Netflix’s The Haunting of Hill House – a loose, non-literal adaptation of Shirley Jackson’s 1959 novel of the same name – is the latest TV series to jangle our nerves and toy with our emotions. It takes the gothic house of horrors setting that made films like The Others and The Woman in Black so unsettling and blends it with the psychological chills seen most recently in Ari Aster’s Hereditary, resulting in one of this year’s most disturbing yet compelling TV series.

Created by horror filmmaker Mike Flanagan, The Haunting of Hill House initially fools viewers into thinking this is standard haunted house fare. Venture beyond the first episode though, and the series soon evolves into something much deeper and more complex. It centres on the Crain family – parents Henry (Henry Thomas) and Liv (Carla Gugino), and their five children, Steven (Paxton Singleton), Shirley (Lulu Wilson), Theodora (Mckenna Grace), Luke (Jullian Hillard) and Nell (Violet McGraw). The young family have moved into the sprawling Hill House estate in Massachusetts so that they can renovate it before selling it on for a nice profit. But what should have been an idyllic home soon descends into terror of epic proportions as the family are terrorised by phantom noises, ghostly presences, ghastly visions and literal monsters.

Flanagan is quick to set up his main players, chiefly the five very different siblings, before shifting forwards in time to show how damaged they are as adults as a result of their childhood trauma. From there, the show constantly switches timelines and perspectives, each episode peeling back the layers of family history to explore the causes of their fractured relationships and damaged psyches. Nobody came out of Hill House unscathed; the ghosts of their collective past haunt the siblings into adulthood, playing with our perceptions of what’s real and what might simply exist in their minds. It’s as much an exploration of hereditary mental health as it is a story about a haunted house. 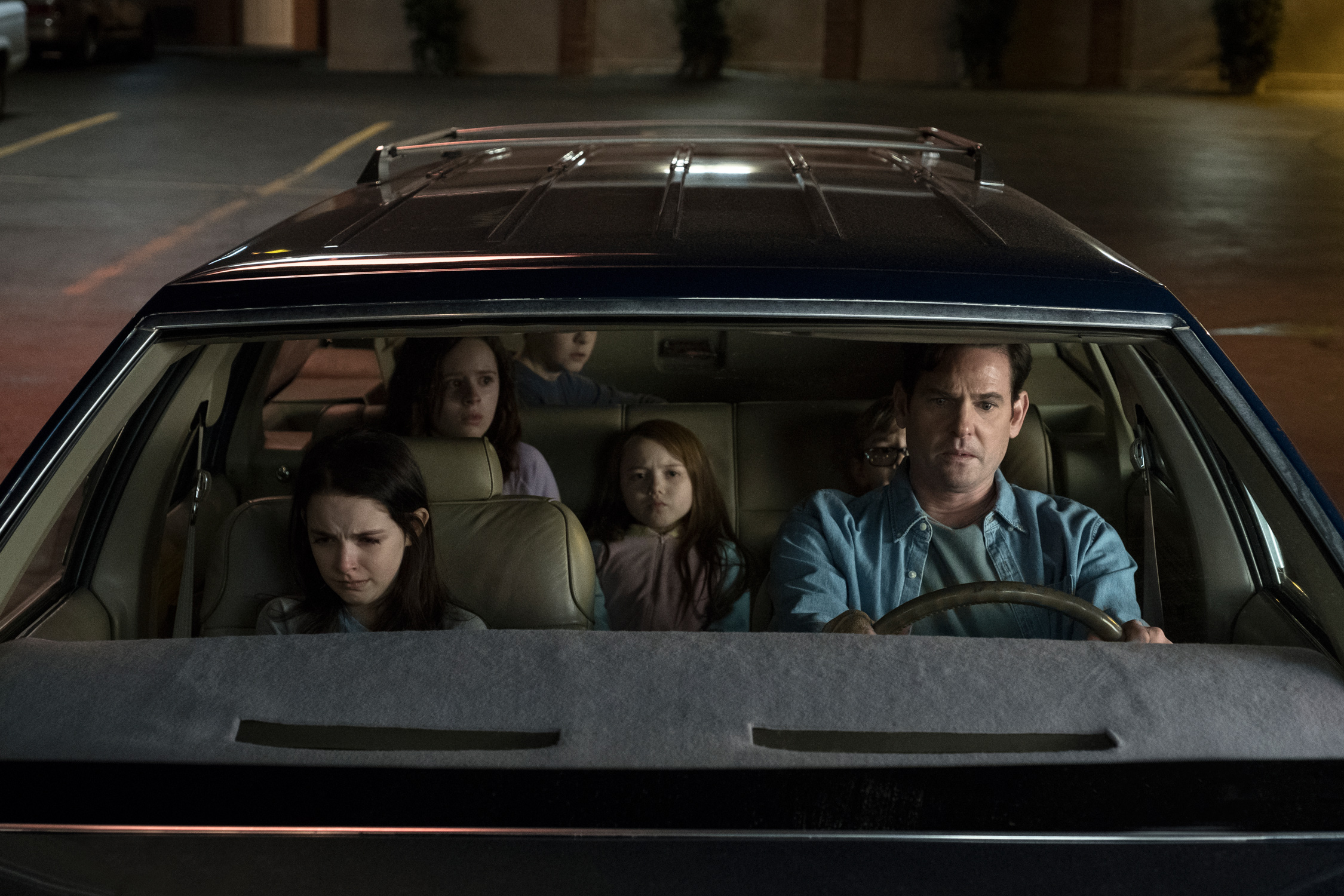 Part of what makes the show so effective is Flanagan’s decision to use each episode to focus in on the individual stories of the siblings. Twins Luke and Nell were the youngest and arguably the most damaged by Hill House, with adult Luke (Oliver Jackson-Cohen) pumping his veins full of heroin to numb the pain and Nell (Victoria Pedretti) unable to rid herself of the terrifying Bent-Neck Lady phantom who haunts her. Shirley (Elizabeth Reaser) is a funeral home director but becomes too emotionally involved with her clients’ grief, whilst child psychologist Theo (Kate Siegel) has her professional life together but drinks too much and seeks out women for casual sex. Lastly, oldest sibling Steven (Michiel Huisman) – a successful author who used the infamous family story/name to sell books – is perhaps the least affected by the past, but even he isn’t immune to the spirits that plague his family.

The blurring of lines between tangible horrors and psychological trauma maintains a sense of extreme unease, even in the quietest, calmest moments. The camera work is masterful throughout, cleverly drawing the viewer in as it tracks alongside one of the siblings as they move through the house, or pans around them to show what has them paralysed with fear. It’s impossible to look away from the screen, even when everything goes silent and you know something petrifying is lurking at the edge of the frame. A standout scene comes at the beginning of episode six, with a 23-minute continuous shot that follows the family as they come together under the same roof following a tragic event. It’s here that Flanagan seamlessly merges time and space, the camera following the characters as they quite literally walk from the past into the present and back again, making us relive their memories.

As compelling as the direction and cinematography is, a show like The Haunting of Hill House rests on the cast’s ability to make viewers empathise with the characters. The central five give extraordinary performances, particularly Victoria Pedretti as Nell, whose tragic story is intensely affecting. It’s devastating to witness the damage Hill House did to the family and the actors bring such raw emotion and pathos to their respective roles. The young cast who portray the siblings as children should also be praised for their believable, realistic performances, which never once veer into melodrama.

The Haunting of Hill House has its flaws, like so many horror stories do – specifically a couple of ropey, unconvincing CGI moments involving insects crawling from mouths, and the question of why the family didn’t just leave the house when things started getting creepy (I’d be outta there like Road Runner). But those imperfections can be brushed to the side when everything else is spot-on. It’s equally disturbing and heart-wrenching, and is guaranteed to have you perched on the edge of the sofa, peering out from behind a cushion, waiting for the next jump scare. Of which there are many.