Children and demonic forces are two things that shouldn’t go hand in hand. And yet the horror genre just loves throwing them together, as gruesomely witnessed in the premiere episode of The Exorcist last week. That childhood innocence, the very antithesis of evil, is explored further in Chapter Two: Lupus in Fabula, as we see a young boy being introduced to one of the Devil’s own.

Even before Father Marcus recalls his first encounter with a demon, it’s not hard to guess the identity of that scared British boy in the opening flashback. Suddenly his pessimism and resentment makes sense. This is someone who was orphaned and sold to the church as a child. He didn’t choose to become a man of God. God found him. And for the first time in his “short but very long” life, he found a purpose. But the difference between that determined twelve-year-old boy and present day Marcus is obvious; he’s a broken man, and it’s etched into every part of his face.

Marcus has already hit rock bottom though, which means he’s ready to rise up against the evil forces mounting, which they seem to be doing with a speed and quantity the sarcastic priest hadn’t anticipated. So whilst Father Tomas consults the auxiliary bishop to get an exorcism approved for Casey, Marcus begins his own investigation into the city’s possessions, skulking around the streets, seeking out demonic forces and keeping a watchful eye on the youngest Rance daughter as she volunteers at the church. 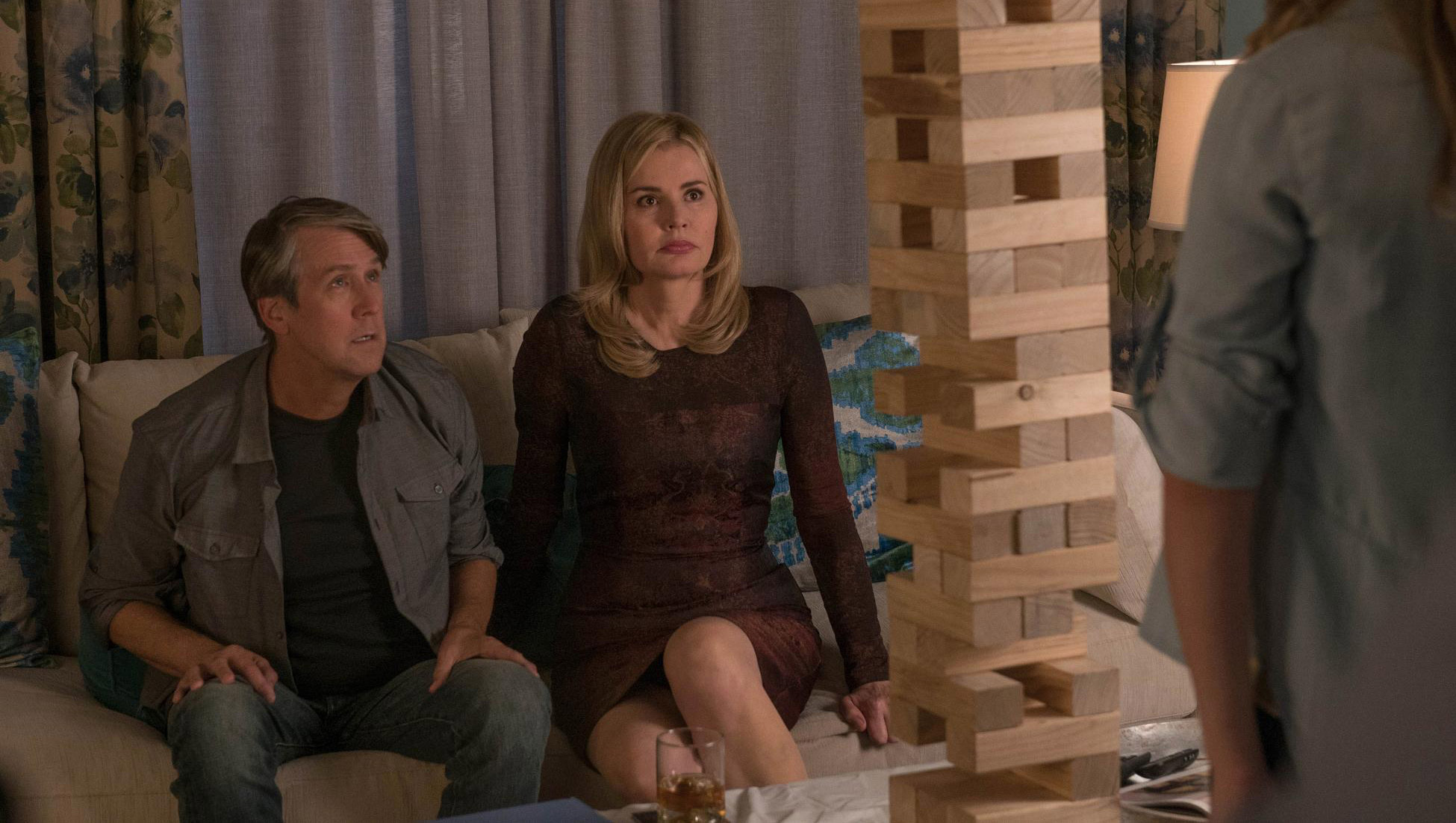 Last week’s surprise ending intimated that Casey’s possession might be concealed for a few more episodes, but Chapter Two wastes no time showing us that she is indeed the one the Devil has chosen, and not her sister (though that’s not to say Kat won’t fall foul to the dark side at some point too). With the church rejecting Tomas’ plea for an exorcism, on the grounds that Casey needs a psychiatrist instead, Angela is forced to take matters into her own hands, which she quite literally does by stealing holy water from the church and slipping it into her daughter’s glass.

Juxtaposing the horror with ordinary suburban family behaviour – games night with giant jenga anyone? – is something the writers have so far balanced perfectly. It establishes an unsettling feeling that anything horrible could happen at any moment. And it does, when Casey – who’d earlier shown no sign of reacting to the holy water – spews her dinner into the toilet and proceeds to tug a centipede-like creature out of her throat. It’s grim viewing, and probably not the thing to watch after your own supper, but it’s incredibly compelling TV.

The character dynamics are also being developed nicely. From Angela’s difficult relationship with her two daughters, to the emerging ‘we’re on the same team’ friendship that’s starting to form between Tomas and Marcus (who, incidentally, is now staying with his young counterpart, without actually being invited into his house). Let’s add picking locks to Marcus’ growing list of talents. Of all the show’s dynamics, Marcus and Tomas have the most interesting and complex one because they’re polar opposites. They’re not just different kinds of priest, they’re different types of men too. Tomas is hopeful, over-emotional, a stickler for rules and church laws, whereas Marcus is cynical, tortured, beholding to nobody, not even the church. It’s this relationship, which turns a corner as the two priests recite together towards the end, that’s going to be interesting to watch going forward. 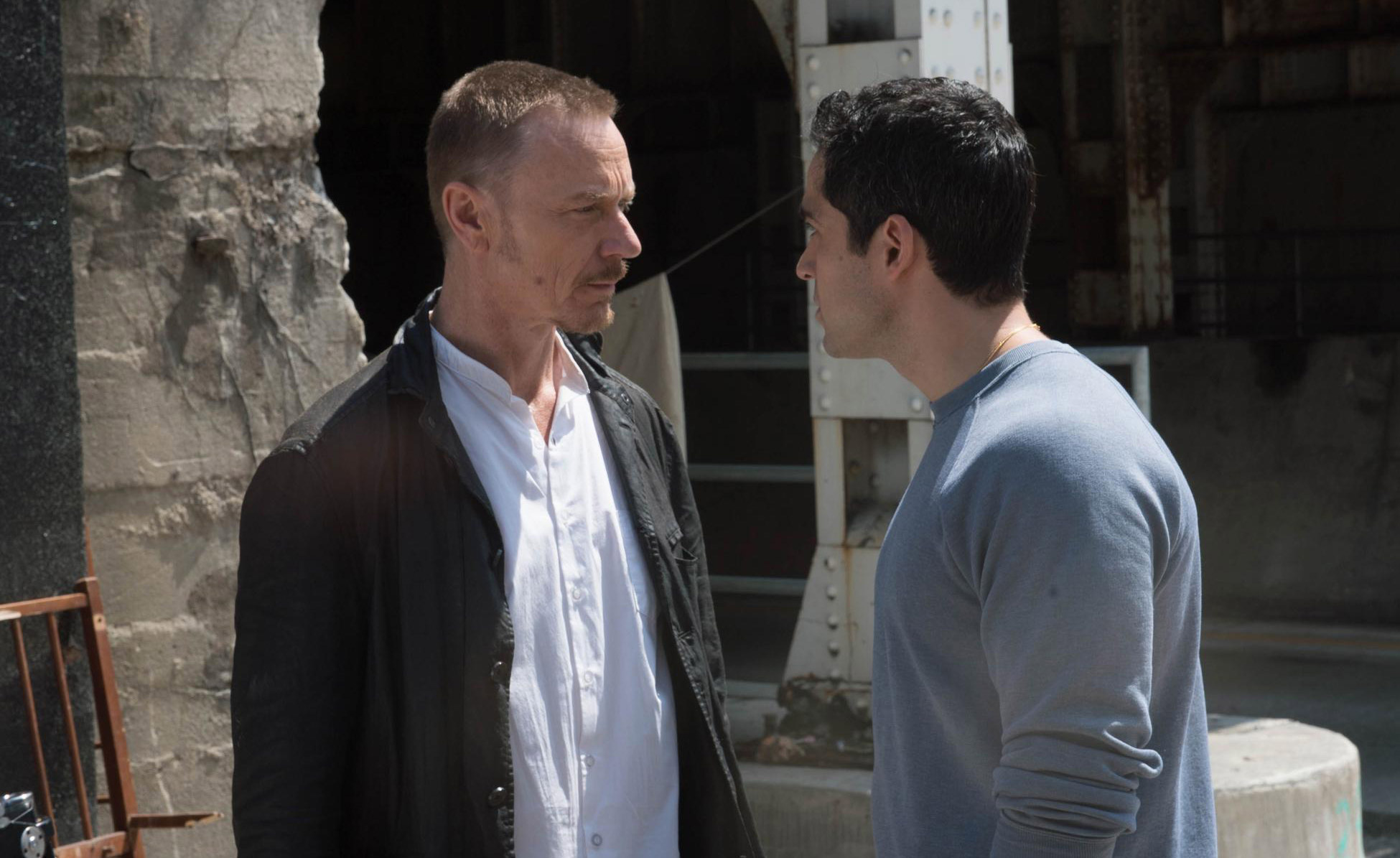 “Everyone knows Father Marcus”, a possessed homeless woman says when the sleuthing cleric discovers her in a tent. But while he’s apparently notorious with the demons, ‘Mighty Marcus’ has lost his touch. He’s been searching for the purpose he discovered when he was twelve years old and presented with God, and it looks like he might have found it again. Will he be able to draw on that strength from devout Father Tomas in the impending fight against evil though?

There’s an awful lot happening in The Exorcist, which could be construed as a lack of focus, but I’m enjoying the plot straying in multiple directions – it keeps things unpredictable. If Chapter One and Two are anything to go by, this is a show that likes ending each episode with an OMG moment. Last week they went for scary, this week they went for something shocking. With an imminent visit from Pope Sebastian on the cards, next week is sure to be a little of both.