The Exorcist Episode 1 Review: A strong and seriously spine-chilling start

When it was announced that a TV adaptation of The Exorcist was in the works, I can’t be the only person who rolled their eyes. Did 20th Century Fox really need to ruin a perfectly good film by bringing the story to the small screen? Because when a horror movie has cult-status like The Exorcist does, it’s natural to jump to the conclusion that the resulting TV show will be a disaster. Thankfully, when it comes to this particular series, it’s nice to be proved wrong.

The first episode of The Exorcist had its UK premiere on Syfy tonight and it instantly quelled any initial concerns I had about why they were even adapting for TV to begin with. This is categorically not a remake, with the story picking up 40 years after the events depicted in the film. To nutshell the plot, the ten-part series stars Ben Daniels and Alfonso Herrera as two priests, with different beliefs and methods, trying to help a family in Chicago who are suffering from a case of supernatural possession. 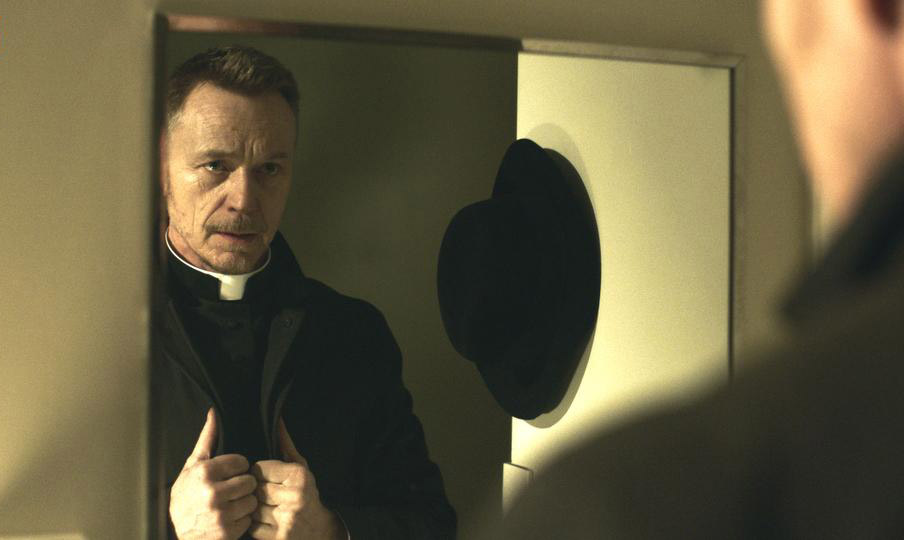 ‘Chapter One: And Let My Cry Come Unto Thee’ is a perfectly paced, effectively tense introduction to the characters and the story that will play out across the subsequent nine episodes. Father Marcus Keane (Daniels) is the tortured priest with experience in trying to banish demons (whether he’s been successful or not we don’t yet know), whilst Father Tomas Ortega (Herrera) is the young, charming priest who doesn’t actually believe in demons until he dreams of Marcus attempting to expel one from a child. “Demons aren’t real”, he says. “They’re an invention of the church to explain things like addiction, mental illness. They are not monsters or creatures. Demons are metaphors.” Something tells me he’s about to eat his words.

From the eerie opening, there’s a real sense of something sinister at play in The Exorcist. Part of it is that we already know what to expect from a story inspired by William Peter Blatty’s 1971 novel, but the other part is that everything feels, looks and sounds so bloody creepy. It begins with Father Marcus walking through the shadows, a baby cries somewhere, dogs bark ferociously, and an agonising wail echoes through the night, stopping Marcus in his tracks as he looks up at an apartment block. Later on we see why he looked so uneasy; he’s there to perform an exorcism on a young Mexican boy who is visibly and audibly possessed by something horrific.

It’s tough to watch as the afflicted child speaks with a monstrous voice, spits out his own teeth and eventually, true to the 1973 film, rotates his head on its axis. All this somehow links Marcus to Father Tomas, who seeks out the bad-tempered, unorthodox priest to ask why he’s having visions (with a time lag of 18 months) of Marcus performing the chilling exorcism. Marcus might not be pleased about it, but he believes Tomas is the sign from God he’s been waiting for and he dons the famous black hat once more, presumably ready to head to the Rance household. 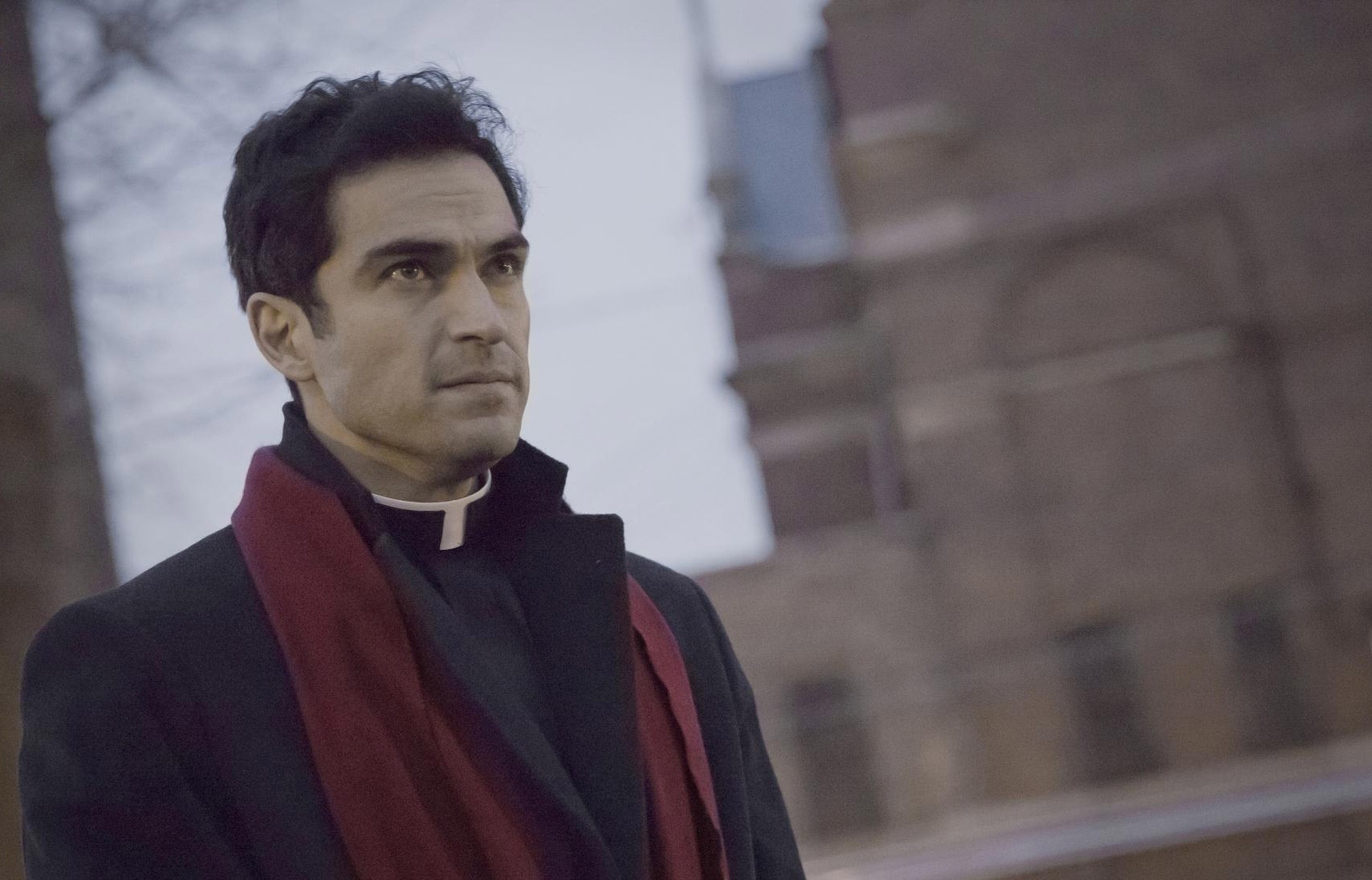 As the Rance matriarch, Angela, Geena Davis is an assured on-screen presence. She believes her daughter – who’s on leave of absence from college after a friend died in a car accident – is possessed. She’s acting strangely and there are noises, possibly voices, coming through the walls. Angela asks Tomas to speak to Kat, who has a clear attitude problem, is potentially depressed and could do with a day out in the sun. But is she actually being controlled by a demon? A brilliant twist at the end of the episode, which sees Tomas climb up into the Rance’s attic in search of the troubled daughter, shows that this isn’t a series afraid of taking risks and subverting what viewers expect.

When the eerie theme song starts playing at the end, showing the priests assembling to do battle with evil, it’s difficult not to feel excited about the next episode. Though it’s too soon to tell what the rest of the season will hold, The Exorcist premiere has everything a good horror show needs – strong performances, spine-chilling sound and visual effects, and a story that will keep you up at night. Filled with suspense, tension and atmospheric shots, it’s a worthy successor to William Friedkin’s cult classic.

The Exorcist airs on Wednesdays at 9PM on Syfy UK.