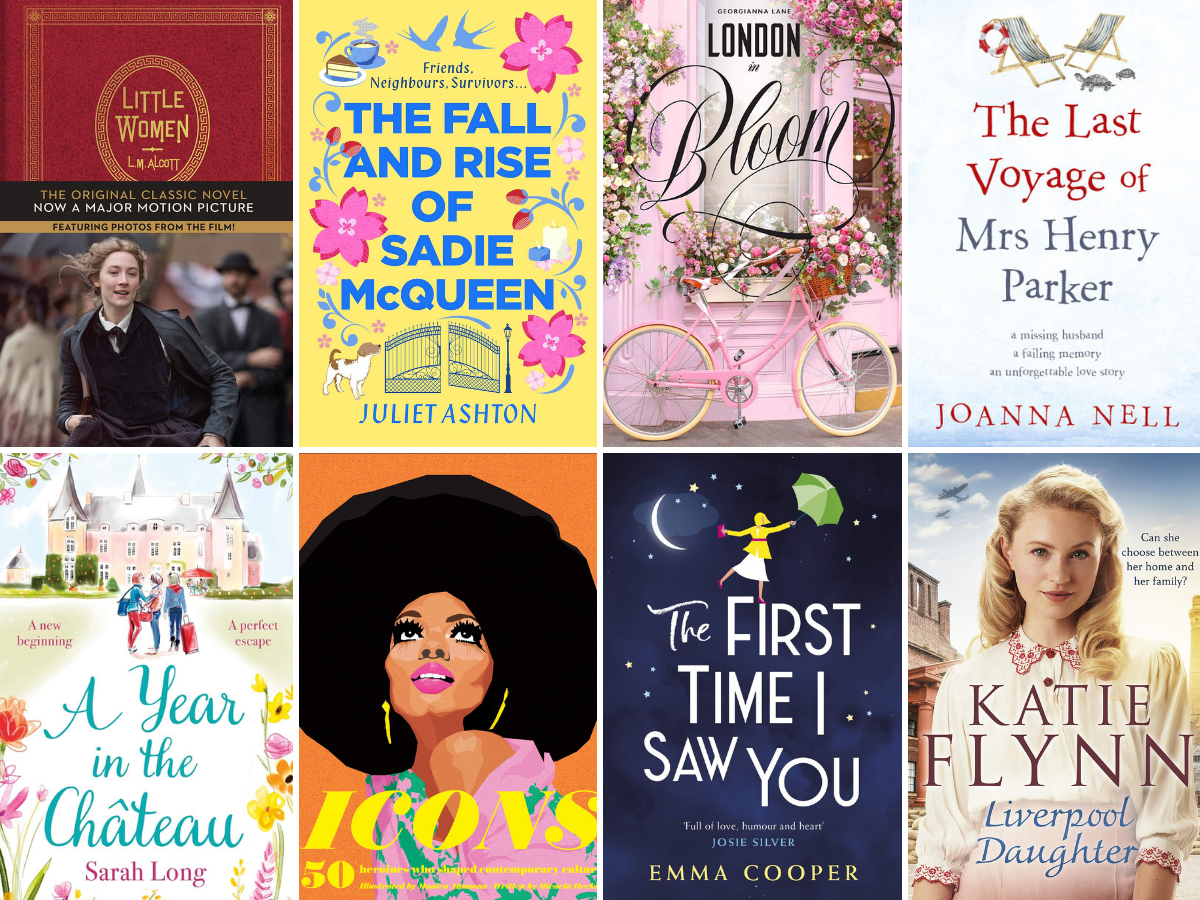 With Mother’s Day a mere week away, we’ve selected some of the loveliest books to make Mum smile on the 22 March. From beautiful coffee table hardbacks to the best in feel-good fiction, treat her to one of these wonderful books on Mothering Sunday.

The Last Voyage of Mrs Henry Parker by Joanna Nell 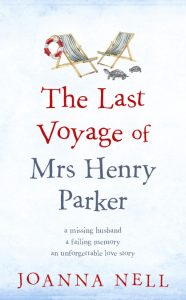 From the author of The Single Ladies of the Jacaranda Retirement Village comes another delightfully warm-hearted tale of friendship, love, memories and growing older. It follows Evelyn Parker, the wife of a retired ship’s doctor, who is spending her twilight years aboard a luxury cruise liner, having misadventures and meeting new friends along the way, all the while searching for her husband who has gone missing. It’s the kind of poignant, perceptive story that brings a tear to your eye one minute, and has you smiling the next. (Hodder & Stoughton)

The Fall and Rise of Sadie McQueen by Juliet Ashton 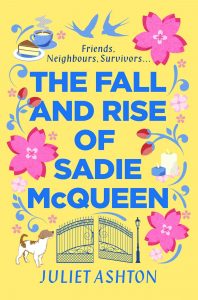 Sadie McQueen loves Cherry Blossom Mews, the small, peaceful cul de sac that’s home to her flat and refurbished spa. After experiencing unimaginable loss and guilt, her mission is to connect and heal, though life of course has a few surprises in store for Sadie and the other mews residents. Juliet Ashton invites readers into the lives and endearing eccentricities of Sadie’s culturally diverse community, who all feel like friends by the end. It’s charming, uplifting and a joy to read. (Simon & Schuster)

The First Time I Saw You by Emma Cooper 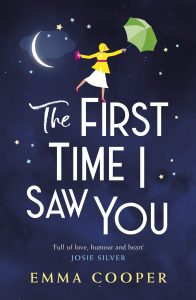 The First Time I Saw You is an emotional and tender romance that centres on Sophie and Samuel who meet unexpectedly and have an instant connection, before going their separate ways. Told from their dual perspectives, the story follows them as they try to find their way back to each other across continents and against the odds. Emma Cooper’s second novel feels like a classic love story, full of sweet, affecting moments and tremendously loveable characters. Buy this book with a box of tissues because tears are inevitable. (Headline)

Little Women: The Original Classic Novel by Louisa May Alcott and the Official Movie Companion by Gina McIntyre 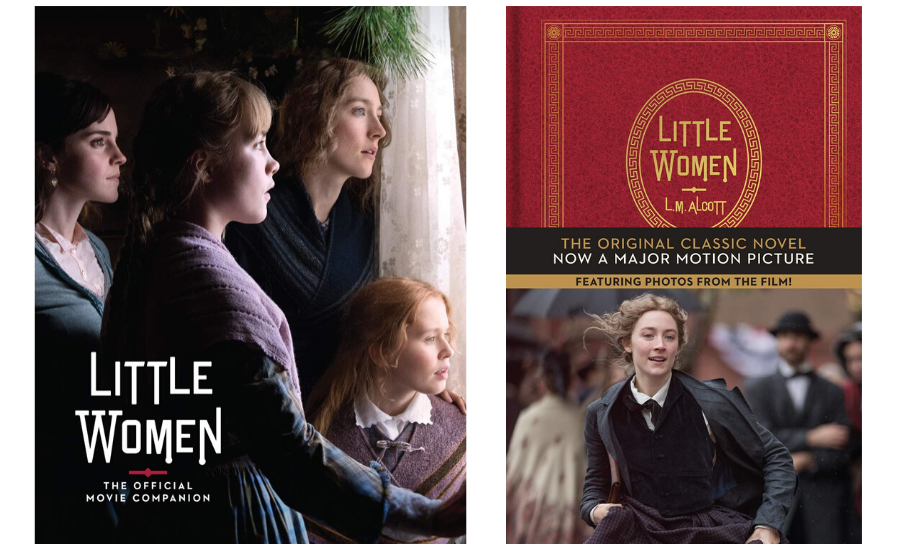 Published to coincide with Greta Gerwig’s pitch perfect film adaptation, this new edition of Louisa May Alcott’s Little Women is a book to be cherished. It’s illustrated with original movie stills and is designed as a reproduction of the exquisite hardcover book as seen in the film – making it a true keepsake for classics fans. For an even greater in-depth look behind the scenes of Gerwig’s movie, combine the novel with Gina McIntyre’s Official Movie Companion which features photos, quotes, recipes (including Marmee’s delectable chiffon birthday cake) and fascinating insights into how the tale of the beloved March sisters was brought to life on screen. (Amulet Books & Abrams Books)

A Year in the Chateau by Sarah Long 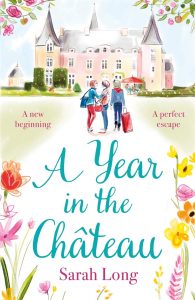 Sarah Long’s fourth novel is the perfect read for anyone who’s ever watched Escape to the Chateau and yearned for their very own country estate in rural France. It follows Nicola and Dominic as they club together with their friends to invest in a manor house in Normandy, where they realise their fantasy of reliving their youth with wine, group dinners and picturesque scenery isn’t as easy or simple as they thought it would be. An entertaining and relevant book to chase away the lingering winter blues. (Zaffre)

What better book to give the inspirational wonder woman in your life than this colourful illustrated portrait collection of 50 heroines who shaped contemporary culture. Illustrator Monica Ahanonu celebrates some of the world’s most admired women from across the sectors of music, film, human rights, politics, literature, art, dance, animal conservation, fashion and sport. Her art is bold, expressive and inclusive, accompanied by Michaela Heekin’s short biographies on each of the women, revealing their backgrounds and extraordinary accomplishments. (Chronicle Chroma) 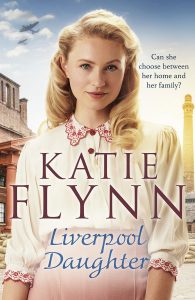 There’s something so comforting about Katie Flynn’s heart-warming and nostalgic historical sagas, which continue with this brand new series set in war-torn Liverpool. Determined to serve her country instead of fleeing to a foreign land, Dana Quinn joins the WAAF with her newfound friends Patty and Lucy. As the reality of war takes its toll on the girls, they must rely on each other to get through the hardships. Liverpool Daughter is an evocative wartime tale about friendship, family and fortitude. (Arrow)

London In Bloom by Georgianna Lane 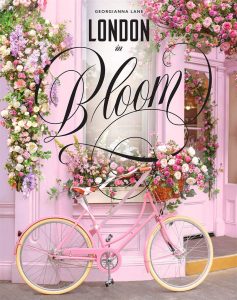 Without doubt one of the prettiest hardbacks you’ll set eyes on this year, London In Bloom is the season of Spring in book form. A companion to Georgianna Lane’s Paris and New York in bloom titles, it showcases the capital’s beautiful flowers in parks, gardens, florists and flower markets. There’s a pastel romanticism to the book that’s impossible to resist as Lane takes readers on a photographic tour recommending the best that the city has to offer those who love flowers as much as she does. It’ll make you see London in an entirely different light. (Abrams Image)