There is a story to The Beach Bum, but it doesn’t matter all that much. Moondog (Matthew McConaughey) is a perpetually stoned poet who spends his life partying in the Florida Keys. When his rich wife Minnie (Isla Fisher) dies, she refuses to bequeath him his share of her inheritance until he finishes the novel he has been writing for years. Suddenly lacking the funds that have sustained his wild lifestyle up to this point, Moondog is forced to find alternate ways to keep the party going.

The Beach Bum – the latest feature from controversial director Harmony Korine – is one long hedonistic montage. There’s not so much a narrative arc as a long string of vignettes that show us Moondog’s world, a world that is entirely composed of misadventures fuelled by sex and drugs.

Your tolerance for Moondog’s exploits will decide how much you enjoy the film. It helps that he is played by Matthew McConaughey, one of the most effortlessly charming actors working today. Moondog – cheerful, easy-going, always high – is in many ways the logical conclusion of McConaughey’s persona; it’s no surprise that Korine wrote him with McConaughey in mind. If it’s not always easy to like Moondog – who does, after all, do some pretty awful things – it is always easy to like McConaughey, and some of the actor’s affability certainly rubs off on his character. There’s an entertaining, eclectic supporting cast too: Isla Fisher, Snoop Dogg, Jonah Hill, Zac Efron, and Martin Lawrence. Some are unrecognisable at first, dressed up in their trashy Florida garb – Efron’s beard is a sight to behold. 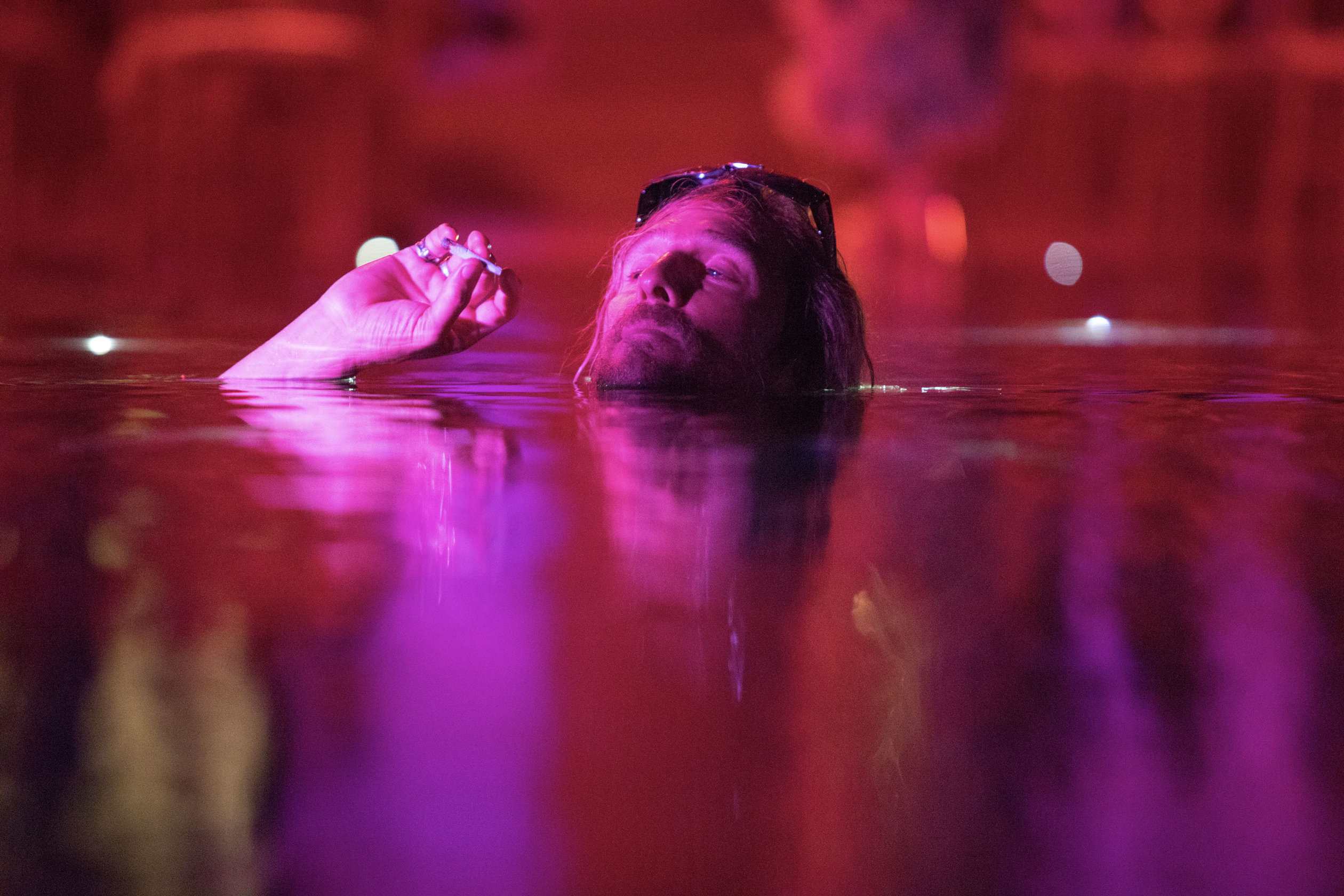 The lack of any structure or pace does start to wear after a while. The fact that Moondog never seems to be working towards anything is sort of the point, but the directionlessness doesn’t make for a particularly gripping movie. There are excellent moments – Moondog and Minnie’s dancing to the Peggy Lee song ‘Is That All There Is?’ is a perfect scene, and every second the dolphin-loving Captain Wack is on screen is hilarious – but they are few and far between. It doesn’t take long for the rest of the film – the sex and the drugs and the general misbehaviour – to become white noise.

Talking of noise, one point in The Beach Bum’s favour is the excellent score and soundtrack. Between the extant songs and the new compositions, Korine conjures up just the right atmosphere of idyllic melancholy – the feeling that everything is great right now, but it isn’t going to last. There’s a fairy tale-esque unreality to some of the musical choices which is echoed in the heightened colour palette; the daytime scenes are golden, the nighttime scenes are neon. Visually and aurally at least, this film is a nice place to inhabit for an hour and a half.

Aimless and amiable, The Beach Bum won’t be for everyone, but there are pleasures to be found in its hedonistic excess.

Kubo and the Two Strings Review