Once again, this week’s episode proves that The 100 does great things when characters are at the heart of its storytelling. This show can – and has – spent episodes languishing in the debate of how we get to peace and whether going to war is worth it, but put a conflicted character at the centre of an episode and the stakes get so much more personal – and it’s that very thing that makes ‘The Warriors Will’ such a special episode.

This was Octavia’s episode, pure and simple, and it’s one that many fans of the show and the character will have been waiting for all season. This week offered audiences an insight into the character that has felt so distant to us over the last nine episodes, and provided more of an understanding into the everyday battle that Octavia faces between being Octavia the friend, the second, the little sister, and being Blodreina, the leader. The resulting episode gave us something powerful, bringing with it a much-needed reminder of the emotional costs of the choices being made, as well as serving as a stark exploration of who – or what – these characters are more willing to protect, when it comes down to it.

For Octavia, ‘The Warriors Will’ serves as both the biggest challenge to her leadership since The Dark Year and an intense period of self-reflection, bringing her public self and private relationships into stark conflict with one another. Faced with the knowledge that half of her people are refusing to march to Shallow Valley, preferring to follow the new commander instead, Blodreina has decided she must regain control through fear, reminding her people of what happens to those who are an enemy of Wonkru. The problem for Octavia, however, is that to do that she needs an arena battle pitting the traitors against one another, which means her brother Bellamy, her mentor Indra and her friend Gaia will have to fight to the death – and it’s not long before Octavia realises there’s one person she wants to survive most of all.

And of course that person is her big brother Bellamy, the Bellamy who played with her when she lived under the floor, who cut himself to protect her from discovery when she hurt herself on the ark and the person who fell from the sky to deliver Wonkru from the horrors of the bunker not too long ago. After realising there are no other options to ensure her people follow her, and not finding any help in Monty, who refuses to be a part of anything that will cost lives, Octavia finally goes to see Bellamy herself, leading to one of the most beautifully authentic moments between the Blake siblings that we’ve ever seen in this series. The frustrations on both sides are obvious and understandable, with Octavia not being able to comprehend this version of her brother who would poison her and betray her, and Bellamy still fighting for a version of his sister that no longer exists. 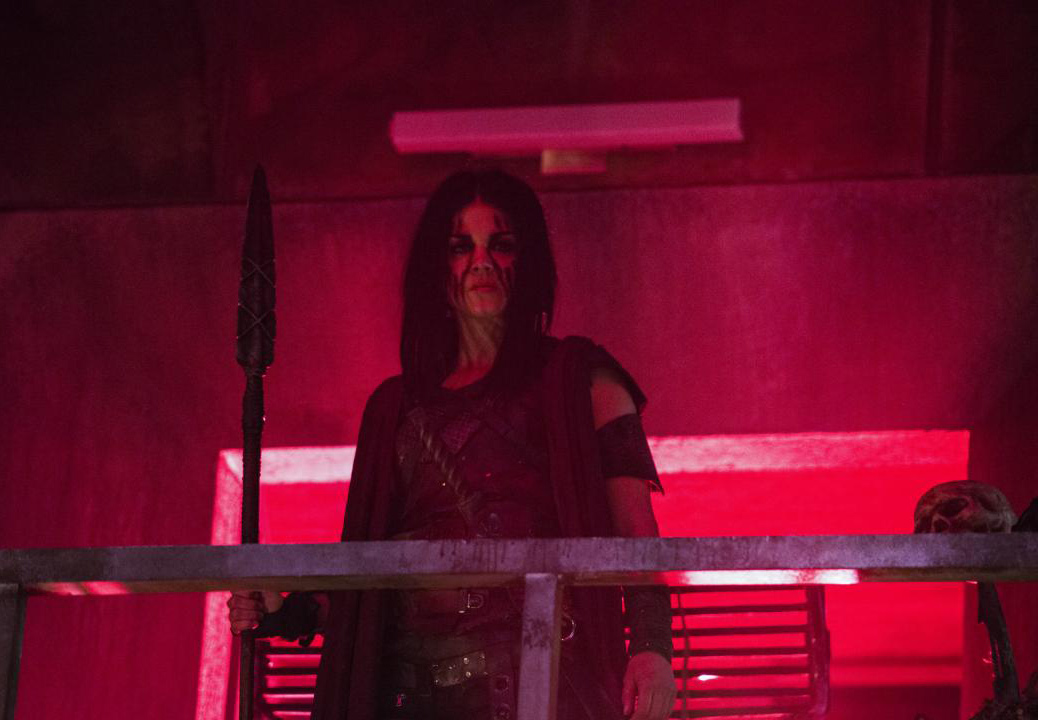 By Octavia’s own admission, the girl from six years ago is already dead and Bellamy is fighting a losing battle when he tells her that if this fight goes ahead there’ll be no coming back from it for her. The show wastes no time in showing Octavia pass that point of no return, breaking down and allowing herself to cry about what’s about to happen only briefly before she becomes Blodreina once again – and maybe even once and for all. Through the ritualistic motions of cutting herself and painting her mask of leadership on in her own blood and, later still, in burning down the now-working hydrofarm to the ground and watching it burn, it seems like the old Octavia has well and truly gone for good, leaving the uncompromising and itching-for-war Blodreina in her place.

If she couldn’t save Bellamy, Octavia decided to fight to hold onto her tenuous leadership and the belief that she is the one who needs to deliver her people to paradise after everything they’ve been through, even if it means taking away all of their other options. But Octavia isn’t the only character going to desperate lengths to protect what’s important to them. For Abby, her addiction is her priority and the doctor turns her back on her vow to save human lives as Vinson kills her guards so that she can get her next fix. For Clarke, it’s Madi who needs protecting and their relationship shifts more into that of mother-and-child than ever before, sparking even more conflict between the two when you factor in the power imbalance now that Madi has the Flame and the whisperings of all the previous Commanders in her head.

With the Flame, Madi experiences the memories of past Commanders, including Bekka Pramheda, the first commander, being burned at the stake and hinting that the grounder mythology we already know isn’t actually the whole story. It also gives Madi a fierce protective streak, encouraging her to make her first actual in-cold-blood killing when she slits the throat of the Eligius prisoner who was killing the Wonkru defectors who escaped in the riot, the people that Madi is now claiming as her own and is sure to cause yet more conflict in the future. 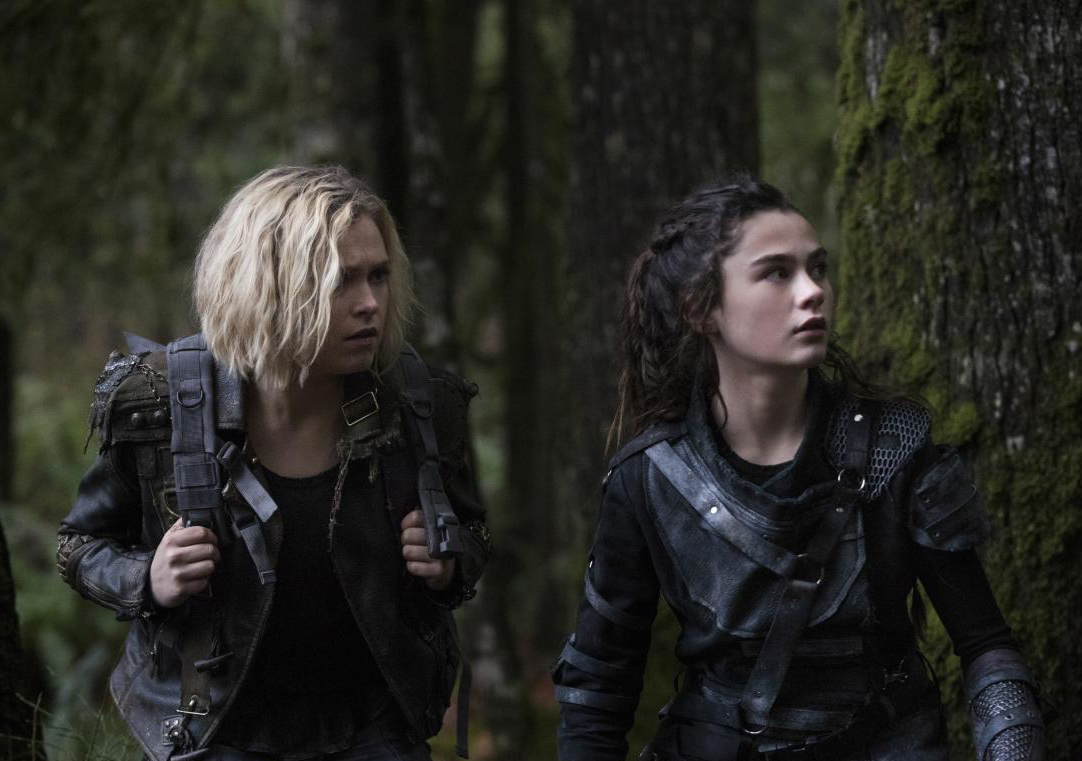 After several episodes of battle plans and power plays, ‘The Warriors Will’ breathed new life into the age-old questions that The 100 tackles by shifting its characters and their relationships to the forefront. Allegiances are changing, breaking and newly forming, relationships are being tested and, through it all, old memories are resurfacing, both good and bad. For an audience, it makes for highly rewarding viewing as six years of history and dedicated viewing pays off with clever narrative nods and throwbacks. For the characters, it means their time for hiding is over.

Clarke is now facing her worst fear: Madi has the flame and not only does it put Madi in danger, but it also means that Clarke has to confront the memory of Lexa again. Monty and Harper’s hopes for living as peacefully as possible have been sent up in flames, forcing them to march towards a war neither are comfortable fighting, while Abby has proven that she can be completely controlled by her addictions. As for the Blake siblings, Octavia has truly become the dictator everyone accused her of being, taking away the choice for Wonkru to live a peaceful life in Polis and cutting off so many of her personal ties in the process, while Bellamy gets to march to save his family with the knowledge that, once his survival instincts kick in, his bloodlust could prove to be just as lethal as his sister’s.

‘The Warriors Will’ was a breath-taking, emotional gut-punch of an episode, but, more importantly, it has set our characters on a collision course and the show has once again begun building towards the fireworks that have been a season in the making. And, after this week’s episode, it’s looking very likely that The 100 is gearing up for a finale to remember.