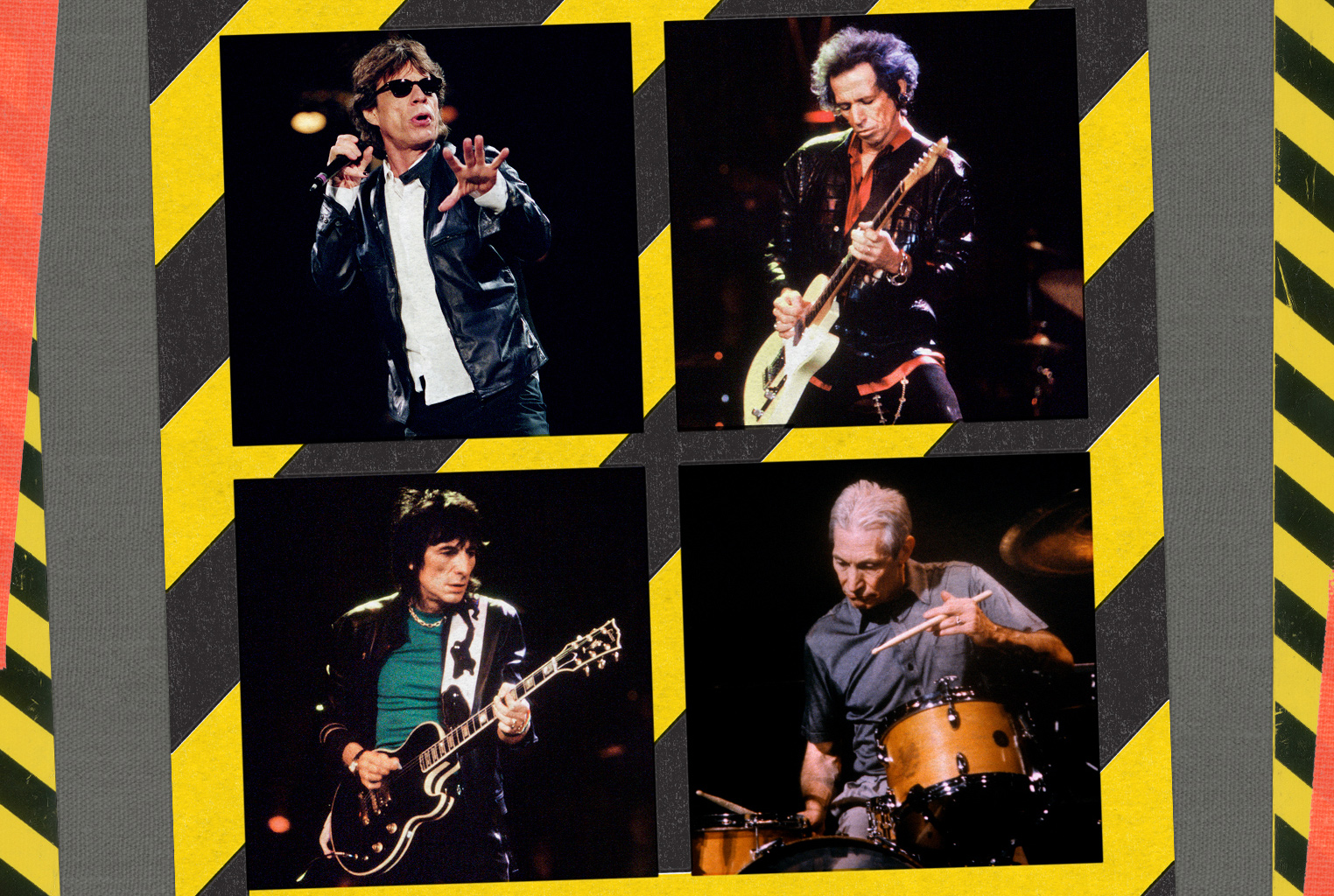 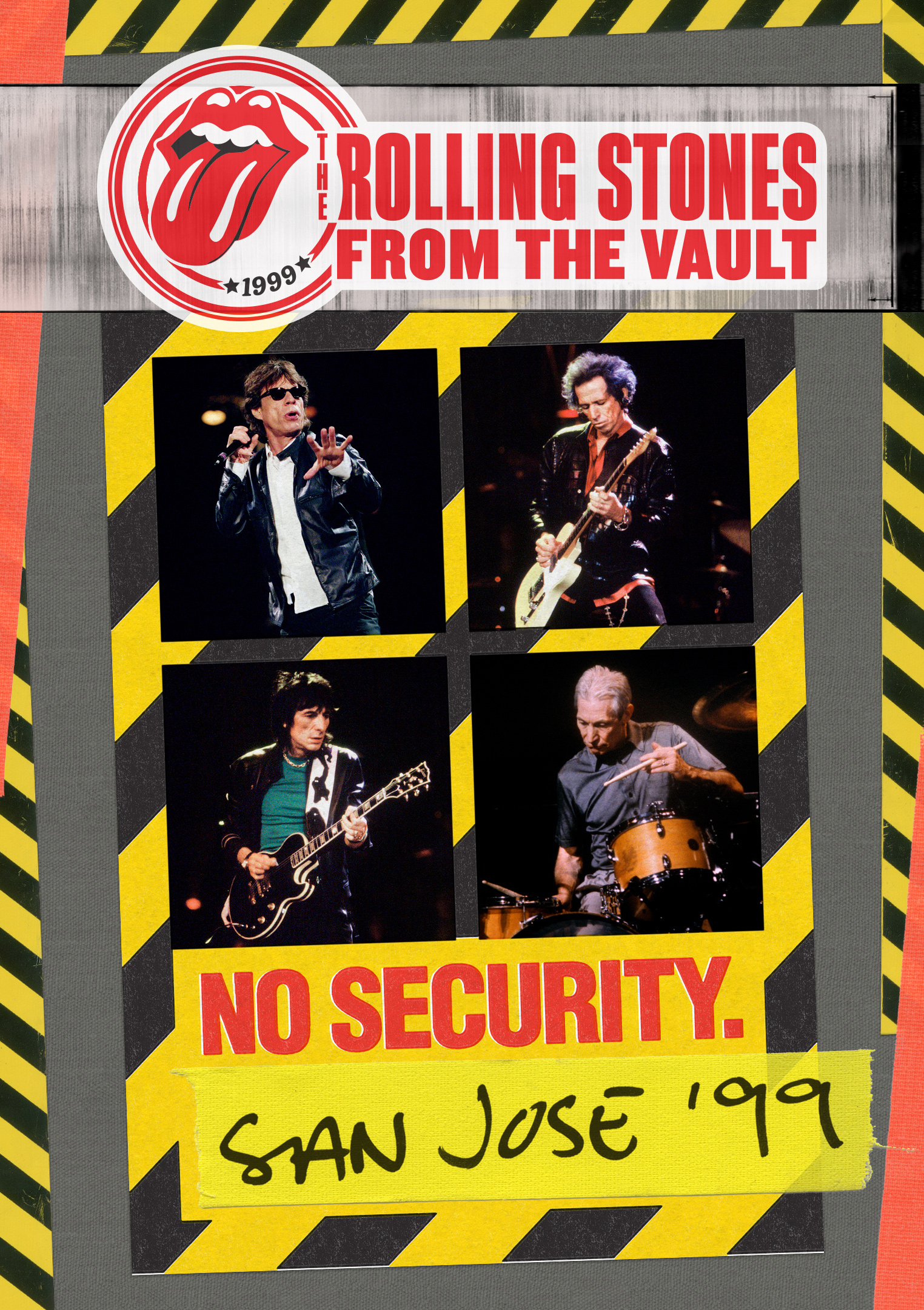 By the time they retire, this band may have more live albums and concert films than they do studio albums; quite a feat for a band in it’s 56th year. That would be ridiculous for most artists but this is The Rolling Stones we’re talking about here, the band which have been seen live by more people than any other in the history of the world, a fact that seems unlikely to change.

Indeed the release of No Security (named after a tour and live album of the same name) follows on from the conclusion of the massive 2017/18 No Filter tour which, amongst other dates, saw the Stones play six sold-out stadiums, just in the UK, to glowing reviews from fans and critics alike.

This release is the latest in the acclaimed ‘From the Vault’ series which last treated us to Sticky Fingers Live at the Fonda in LA in 2015, and something tells me they have plenty more locked away in the vault.

The No Security tour ran through January to June 1999, a year after the No Security live album which was recorded on the 1997/98 Bridges to Babylon tour. Much like they did on the Some Girls tour, yet another Stones concert film, they took to smaller venues in response to the massive stadiums played in support of that record. As a result this particular show was filmed in-front of a measly 30,000 people. That might sound a lot but anyone who has seen the Stones live will tell you that is about as intimate as you are likely to be with the greatest rock and roll band in the world.

As opposed to the live album, which plucks different songs from different shows across the tour, this is the complete concert those 30,000 people were lucky enough to see across two evenings in April in San Jose, CA. Die hard Stones fans will note the inclusion of lesser played songs such as the hauntingly beautiful ‘I Got The Blues’ taken from the 1971 album Sticky Fingers, which Jagger warns the audience is slow and reminiscent of Otis Redding. Another song that rarely gets an outing is the cover of the Bobby Troup classic ‘Route 66’ from the bands salad days of England’s Newest Hitmakers.

As we leap forward three decades from the Stones’s ‘Route 66’ and the subsequent ‘Get Off Of My Cloud’, we are reminded of one the most magical aspects of the band: their fashion. They are the polar opposite of the Ramones who would throw on a concert in 1974 or 1996 and look exactly the same. The Stones evolve, adapt, and change with each passing year. It would be impossible to watch this concert and not know you were watching the Stones in the 90s. From Keef’s white shirt and open waistcoat, to Jagger’s numerous outfits from long coats to trousers which were tighter than the flares of the sixties but looser than the skinny jeans of today.

It’s not just fashion through which the band have remained relevant either. Whilst few would argue Bridges to Babylon is a finer record than, say, Sticky Fingers, every Stones album contributes great material for live shows. In this case the focal point of the entire gig, after Keith Richards has taken over the vocals for ‘You Got The Silver’ and ‘Before They Make Me Run’, is ‘Out of Control’ (Bridges to Babylon) during which Jagger re-appears as if shot out of the ground. The musical dynamics and crowd participation make this the high point of the show before they leapfrog the decades to the finale.

Never short of a gimmick or two, after ‘Out Of Control’ they move from their giant stage down a walkway through the crowd to a smaller more intimate B stage in the centre of the crowd. But by the end of the encore of ‘Sympathy for the Devil’, fans were left with no doubt, no bells and whistles, and No Security.

From the Vault: No Security – San Jose 1999 is out on DVD now via Eagle Rock Entertainment