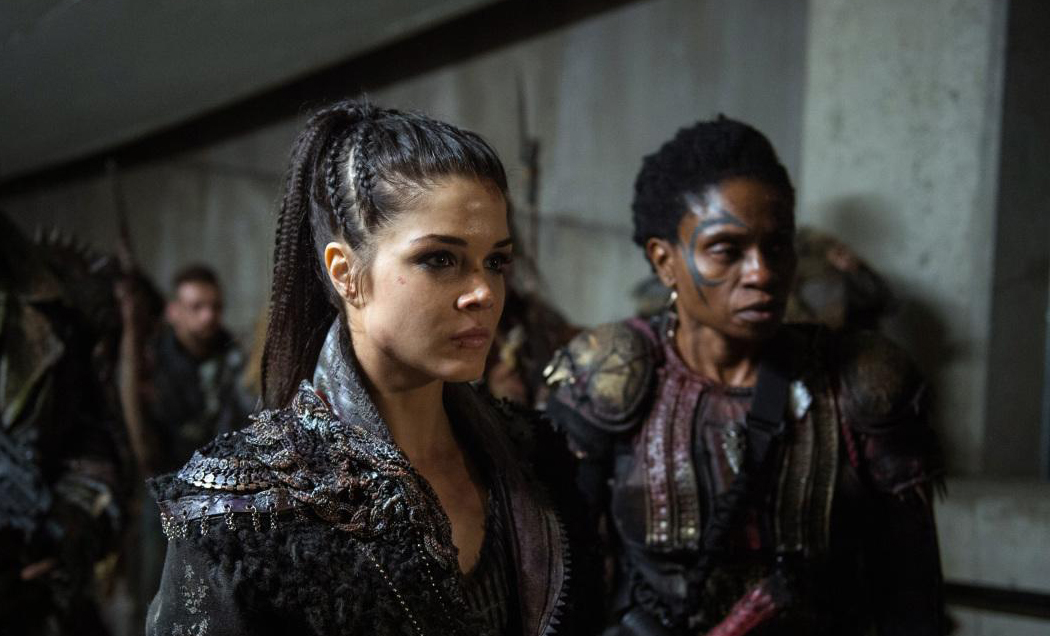 The 100 is no stranger to an explosive finale, and after this week’s intense penultimate outing, it’s probably time to start placing bets on your survivors. As skaikru prepare to pick their 100 survivors, ‘The Chosen’ launches with a deliberately bewildering crowd scene that showed the sky people being denied their chance to survive and set the stage for a whole other world of chaos and rebellion with it. With Bellamy and Clarke setting out to save Raven from Becca’s lab and Kane and Abby in charge of picking the 100 members who will survive, just like all the grounder clans before them, this episode quickly became a race against time and the dramatic stakes could not be higher, continuing with the show’s new trend of delivering one brilliant episode after another as we head into the final stretch.

And so, we should start with the chosen themselves – Abby, Kane and Jaha, and just how exactly you go about choosing which quarter of your population gets to live. It’s a position they’ve been in before – in season one with the culling, earlier this season when Arkadia was their only viable solution – but they’re still left with the same dilemma of whether to be practical or hold a lottery and let chance decide. Either way, skaikru are angry, arguing (rightly) that they’re the ones who found the bunker, they’re the ones who know how to run it and they should get more places, which puts them in direct opposition with Wonkru’s new leader Octavia, who gets some brilliant moments here as she settles into her leadership role. Between protecting Niylah in a nice throwback to the scenes they shared earlier this season and delivering some harsh truths right back at Jaha when he urges her to ‘do right by her people’, Octavia is learning to become a champion and a leader in her own right, and it sets the stage for some fascinating bunker politics over the five years they’ll be living there.

But as brilliant as it is to see all of Octavia’s badassery, there’s no getting around the pure, human emotions of the skaikru people as they learn they’re about to lose the safe place they thought they would survive the Death Wave in – and The 100 isn’t shy about delivering those poignant moments either. Abby’s emotional decision that she doesn’t deserve to be saved after all the things she’s done was beautifully done and played out devastatingly well against Kane’s pleas for her to change her mind, while the fear and anger of the people rose in a short-lived and ill-planned rebellion that you can’t help but empathise with. But the most hear