And the two-parter delivered! Or, rather, The 100 continued to deliver as ‘Wanheda: Part 2’ packed in all the big action we could ever need alongside every kind of emotional punch going. While last week devoted a lot of time to catching us up on the three months we’d missed, this week sent the plot threads racing and delivered new characters, new tensions…and old grudges.

We start off with the revelation that more Arkers had managed to make it to the ground after all – a search that was largely sidelined by everything going on in Mount Weather last season. Within the first five minutes we’re introduced to some of these survivors – Monty’s mom Hannah and former Earth Skills teacher Pike – and their entire story of survival was a stark throwback to the first season, with grounders targeting and killing the sky people with no consideration of peace. 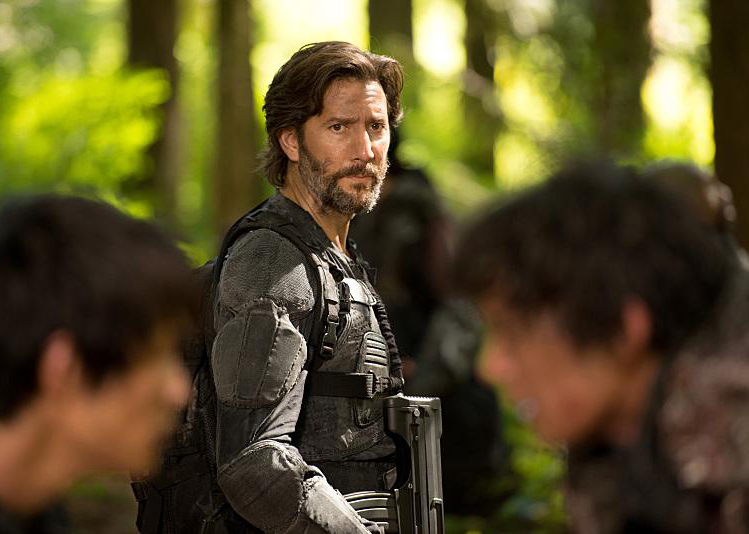 There are some very real, very tense emotions that are still at play within this group, namely that it’s kill or be killed, much like the original 100 thought when they first landed. The only difference is that the Farm Station survivors haven’t seen the kind of help from the grounders that forged the truce that Arkadia has developed with the Trikru, making for a very worrying mindset from a grounder-hating Pike in particular. Not even Kane’s highly skilled methods of persuasion is able to sway his beliefs as his insistence that “not all grounders are the same” is shot down with a quick and chilling “they are to me”.

It’s a very real reminder of the early days of the series and continues to set up the Ice Nation as a ruthless group of people – not to mention as yet another threat to conquer as they’re currently marching towards the grounder capital Polis. But what made these scenes even more tense is that it’s also the moment Bellamy finds Clarke again after three months, only to find her tied up as the hostage of banished Ice Nation clan member Roan.

Bob Morley put on a heartbreaking portrayal of Bellamy, channelling all of the desperation to find Clarke and his determination to see her safe into an incredible few scenes that sees him find her, lose her, walk through an entire army of the grounder clan we know is the truest threat to all of them right now to try and save her and be quickly taken down by Roan before Clarke can even finish warning him. The lengths he was willing to go through are testament to the fact that Bellamy needs Clarke, if not by his side then alive at least, and Clarke later begging Roan to spare Bellamy’s life in return shows that she needs him too. That Bellarke reunion may have been brief, but man did Eliza Taylor and Morley pull off some incredible acting in those all-too-quick scenes. 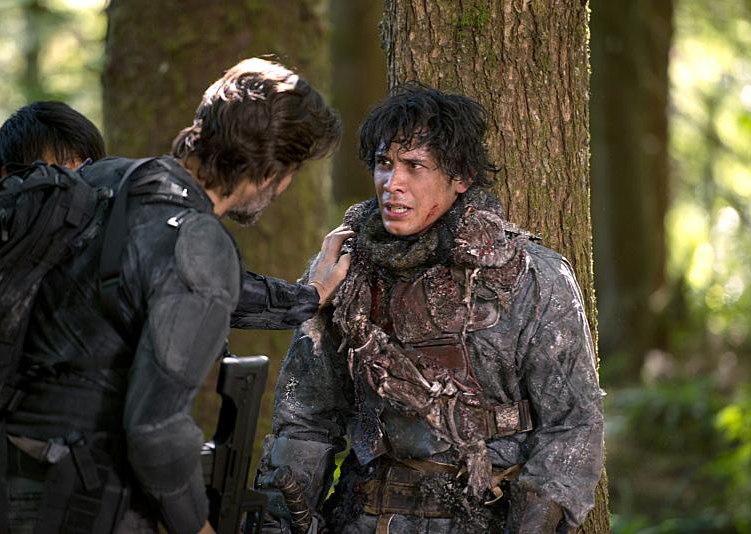 And then, alongside all of these highly fraught grounder tensions, we also gained a first look at the ever mysterious, and, apparently on some level, real City of Light. Jaha’s newfound pseudo-religious streak continued with a vengeance this week, continuing to recruit new people to his and Alie’s cause – even if Murphy is decidedly not one of them. This whole storyline is so completely sci-fi that it’s somewhat at odds with the rest of the comparatively-primitive and decidedly more dystopian world that our characters live in, but it is successfully posing so many questions ahead of the episodes to follow, especially as Jaha’s first order of business is to fill this virtual utopia with his own people first and foremost.

As with last week’s episode, this week had a lot going on. There were some completely badass fighting scenes and some gut-wrenching emotional twists too, particularly for poor, broken Jasper. Everything that’s happened so far this series continues to resonate months down the line. Clarke’s decision to irradiate the mountain being one Jasper can’t forget for one, and Lexa’s betrayal of the Sky People for another.

Yep, Alycia Debnam-Carey is back, and Clarke coming face to face with Lexa for the first time since the Commander abandoned Mount Weather and reneged on their deal was played powerfully and absolutely spot-on. “You wanted the Commander of Death, you got her,” Clarke screamed after spitting on Lexa’s face and being dragged out by guards. It looks like Wanheda is ready to live up to her title once again. 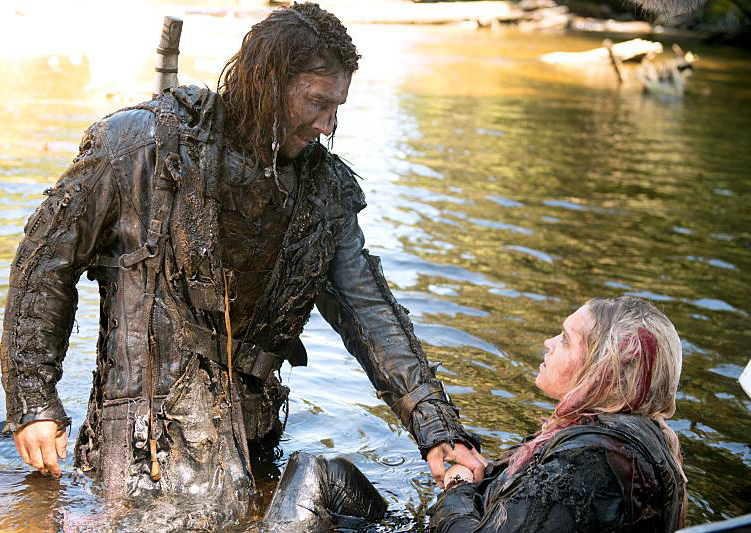 Jasper’s breakdown and Clarke’s savage reaction to her betrayer were both beautifully played, and it just goes to show that however quick a pace this show has, the writers never forget. Every action has its consequences, and it all comes together in unexpected ways, which is completely gratifying for us as viewers, and gives me hope that the City of Light will come into play in a big way.

Until then, this week saw another fantastic hour of The 100 hit our screens and continue to deliver a richly imagined world with strong characters facing any number of impossible choices at any one time. This, for me, really is the show to beat at the moment and it just keeps getting better.