T2 Trainspotting was always going to be a disappointment. I mean, it had to be, right? To be a worthy follow up to a successful film is one thing, but to follow up a genuine masterpiece and all time classic is something else entirely. I remember seeing the original Trainspotting when I was a teenager, and finding myself completely impressed by its zest and energy, its riveting youthful vigor and blistering visuals, its editing style and pule racing soundtrack, not to mention the dour, doom inflicted sensibility. Even today, the film still packs one hell of a punch.

So despite the return of virtually every cast member from the original, as well as the return of director Danny Boyle and screenwriter John Hodge, there was surely no way that T2 Trainspotting could live up to the first film’s legacy. Was there? Well, of course not, but as far as belated follow-ups go, this one ain’t half bad. In fact, it’s pretty darn good.

Twenty years after stealing the cash following the group’s successful drug deal, Mark Renton (McGregor) returns to Scotland from Europe, hoping to make amends with his friends. Spud (Bremner) is still a junkie, struggling to make ends meet and desperate to be a better man for his estranged wife and son, whilst Sick Boy (Lee Miller) is now running a blackmailing scam with Veronika (Anjela Nedyalkova). Meanwhile, the psychotic Francis “Franco” Begbie (Carlyle) manages to bust out of prison and goes on the hunt for Renton. 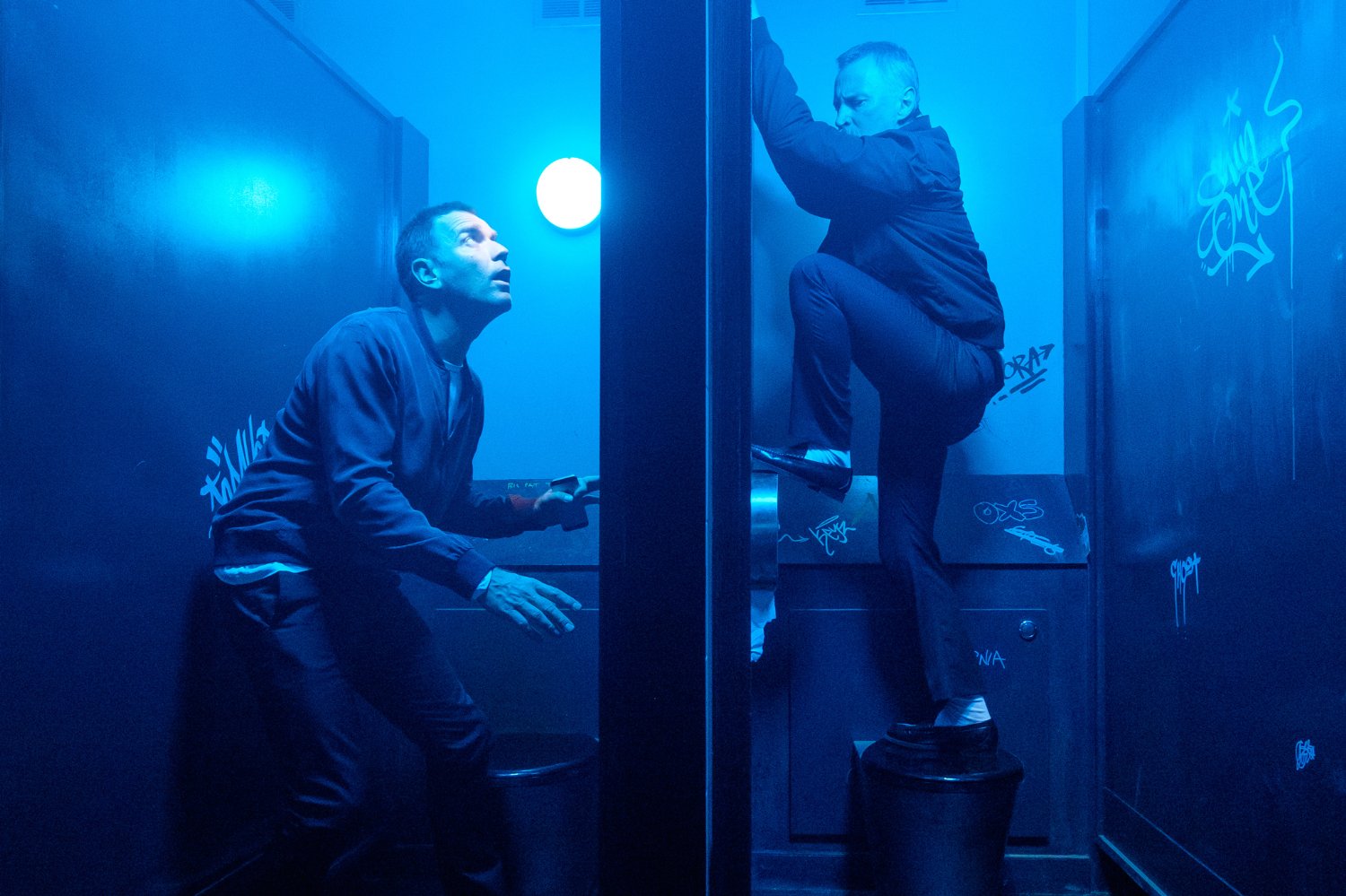 Those expecting something of a rehash of the original will be sorely disappointed. For one of the great things about T2 is precisely the fact that it is not a repeat, nor is it some cheap cynical cash-in loaded with references in a desperate attempt to appeal to fans’ own sense of nostalgia. Instead, it feels like the opposite – it feels like a story that wanted to be told, with characters that wanted to be revisited.

The film still retains the visual verve that only a director such as Boyle can muster, but much like the characters themselves, the film plays more like an aged old wine, capturing a melancholy for memories and glory days that were perhaps, looking back, not so glorious. This is a story about maturing and looking back on past transgressions and mistakes. It’s about absent fathers, disconnected from their families and children, having missed it all through their own selfish ends; men in their mid-forties struggling to emerge from the candor and memories of a youth that seemingly had zero consequences. But, as fans of the original know, the consequences of that youth were very real, and the beauty of Hodge’s screenplay is that it ably reflects on those consequences, pitying this pathetic set of losers with care and affection as they so badly try to recapture a past that they struggle to hold onto. 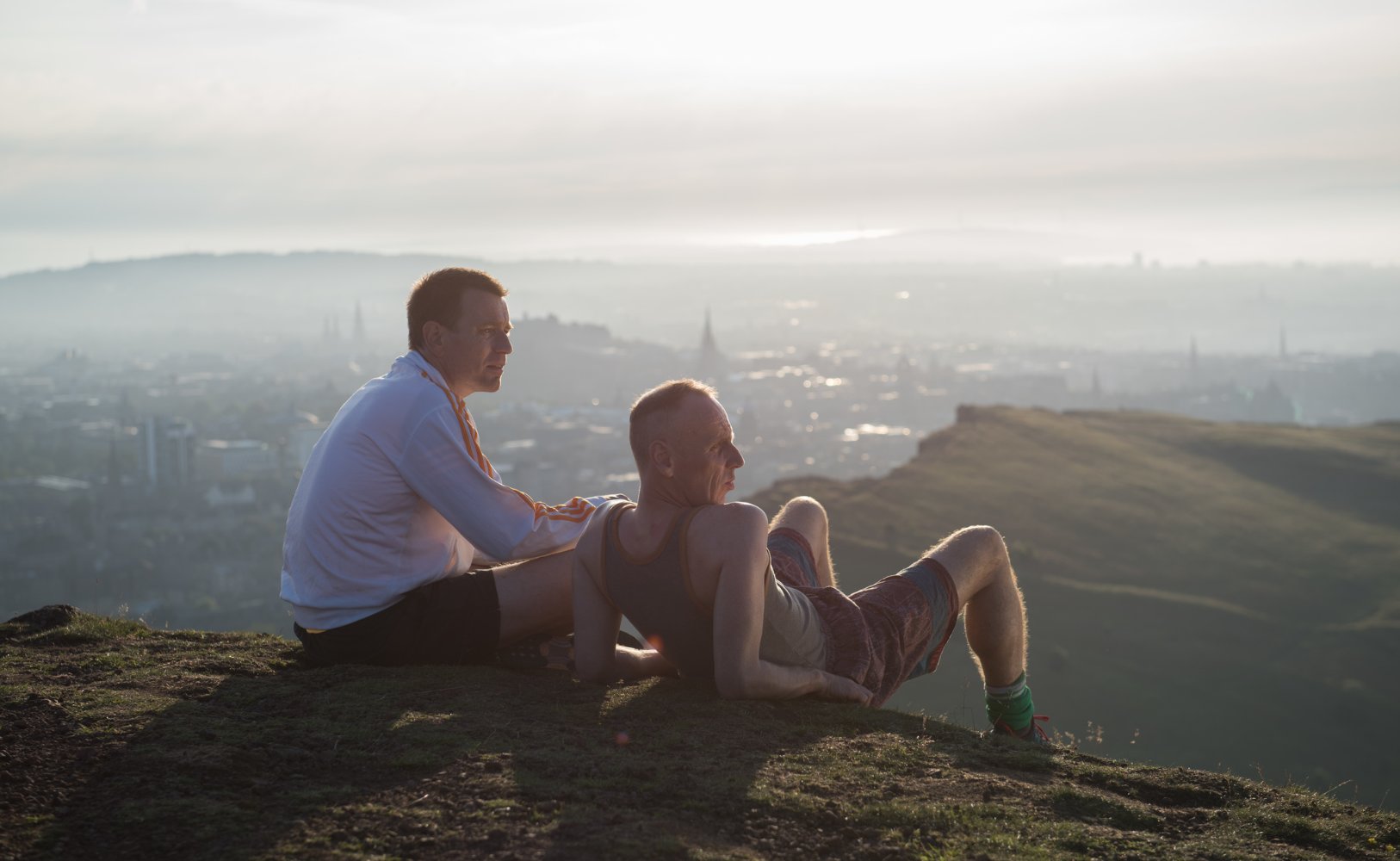 Many times the film flashes back to the original during key moments within the narrative, at once reflecting on its legacy whilst informing on the characters’ current plight within the present as they struggle to surge forward. A subplot involving Bremner’s Spud writing his memories out on paper in a desperate attempt to make sense of it all, is particularly affecting, as is a subplot involving Begbie and his estranged wife and son.

For those who remember first watching Trainspotting either in cinemas twenty years ago or growing up as a teenager as I did, then T2 will clearly resonate. The cast, as expected, fit back into their roles with ease, with Bremner and Carlyle getting special mention for bringing another layer to their portrayals, while Miller and McGregor slot back in perfectly. It’s as if we never left.

Whilst the film isn’t perfect, this is an honest and worthy addition to Boyle’s filmography, never tarnishing the Trainspotting legacy, but instead forging ahead and making a brand new one.