Supergirl Review: An Endearing Take On The Superhero Phenomenon

Let me just preface this by saying I am not a superhero aficionado at all: I’ve never read a comic, I can count the number of Marvel and DC movies I’ve seen on one hand and I didn’t even manage to finish the first series of Arrow before giving up. But with Supergirl, we’ve been given that all-too-rare phenomenon of a female voice in a very male-dominated market and this in turn makes the series’ first season a refreshing and powerful introduction to the character – to superheroes in general, even – and something very much worth paying attention to.

Every superhero has an origin story, and for Kara Zor-El it begins when she escapes the dying planet of Krypton at the same time as her cousin. After being knocked off course and spending over a decade suspended in time in the Phantom Zone, Kara doesn’t arrive on Earth until years later, when the cousin she was meant to protect has already grown up and become Superman. After years of struggling to fit in, Kara decides to embrace her superhuman abilities and finally become the hero she was meant to be, doing everything in her power to protect her new home. 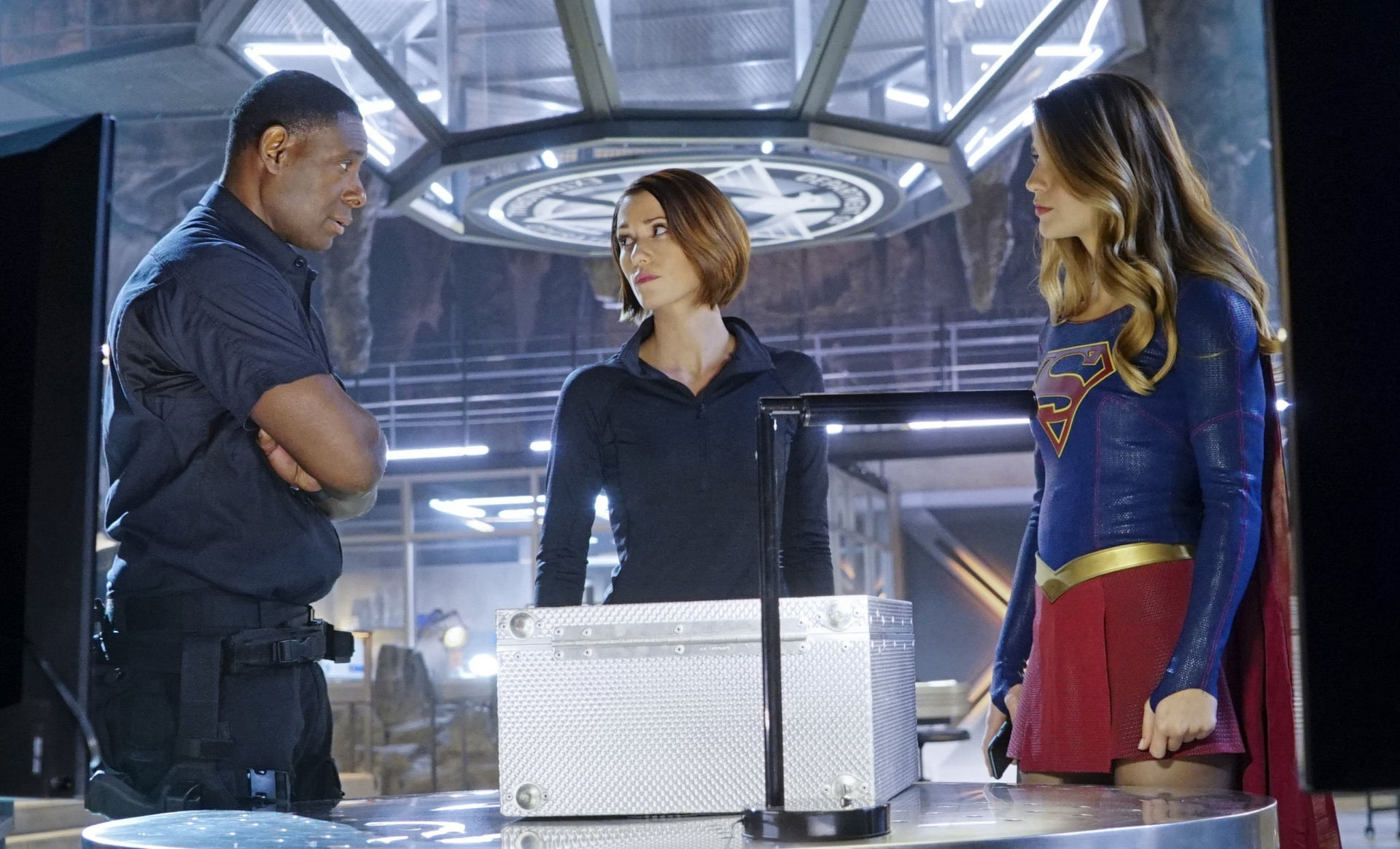 The beauty of Supergirl though is that the origin story doesn’t end there. Kara doesn’t become a hero overnight – she works hard, she makes mistakes and, most importantly, she has to earn the trust of the city she’s trying to protect. There’s growth there as well as a determination and optimism that comes to define Kara’s character. From blowing out her powers and being rendered human for a time during a city-wide crisis to the fallout of her actions under the influence of Red Kryptonite, Supergirl is always determine to provide for her city, and never gives up hope that she can become a hero like her cousin.

And of course, all of this is held together by the incredible performance of Melissa Benoist as Kara. She is Supergirl, with all the perpetual pep, strength and heroics that requires. As overworked, under-appreciated personal assistant Kara Danvers, Benoist is suitably humble and unassuming, while her confidence in her cape shines through. But it’s Benoist playing Kara simply as a girl on Krypton in ‘For The Girl Who Has Everything’ or playing a Kara who’s lost her inhibitions in ‘Falling’ that gives the actress a well-deserved chance to show off her acting chops and solidify Kara Zor-El as a well-rounded, well-developed character.

That’s not to say the series doesn’t fall victim to some of the clichés of the superhero genre either though. The villain-of-the-weeks aren’t always the great looming threat you hope for, the general season threat loses much of its emotional interest around the time Non (Chris Vance) overtakes Astra (Laura Benanti) as the primary antagonist – and any time anyone rips their shirt open to reveal their superhero crest underneath is just one cheesy superhero move too many. 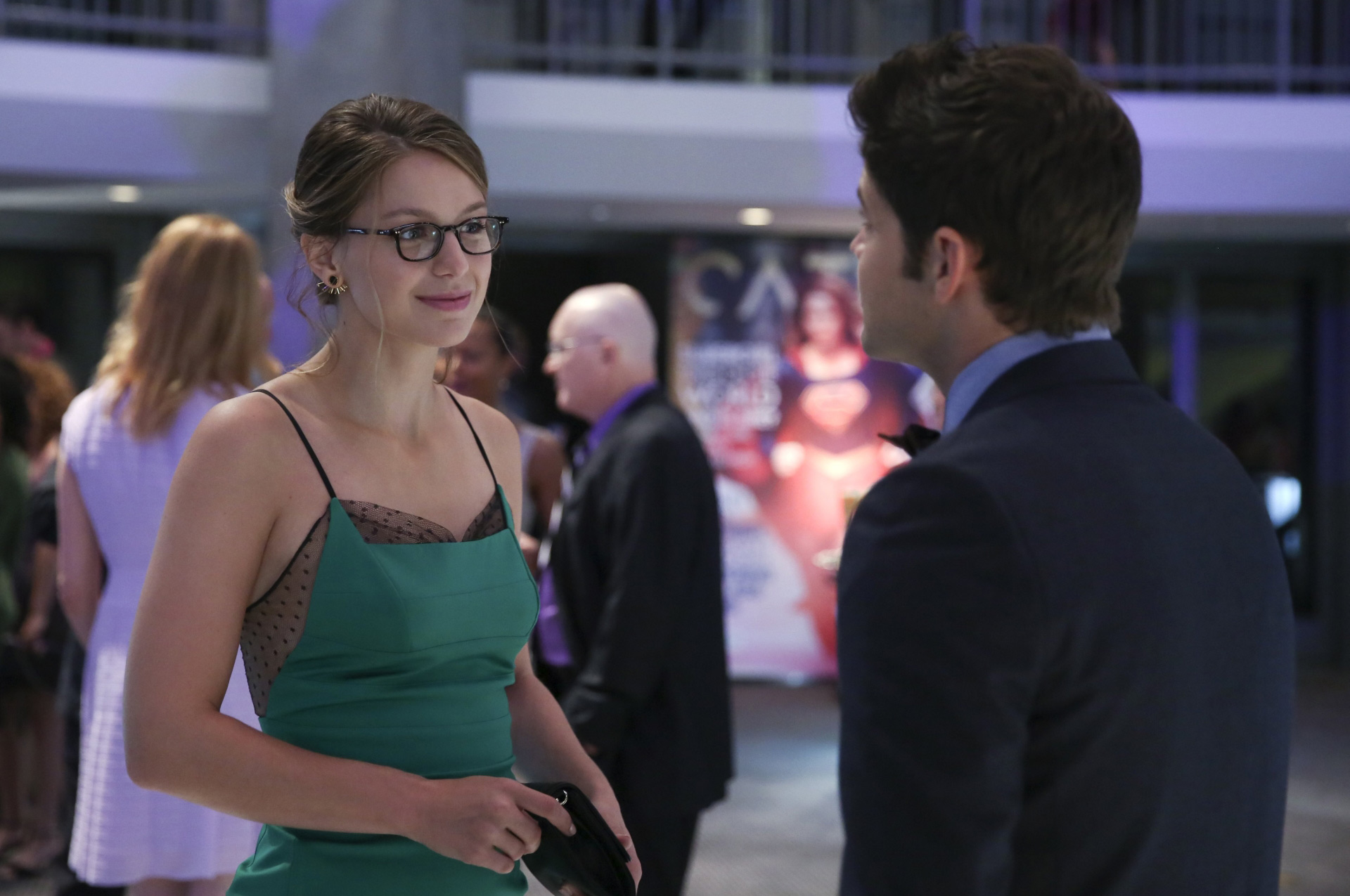 Some of the characters, too, fell a little short of their build up. Tech whiz and powerful businessman Maxwell Lord (Peter Facinelli) has the potential to be an interesting adversary, and while he had some killer comebacks, ultimately he was too easily controlled and swayed by the people around him to be considered much of an antagonist. Despite the odd blip though, the characters and their relationships are ultimately where this series shines. The obligatory love triangle, if not entirely necessary, is dealt with well, and Supergirl’s interactions with Superman are mercifully limited to instant messages and texts to give her the space she needs to stand on her own.

Overall, the first season of Supergirl was a warm, endearing and powerful take on the superhero phenomenon, and I hope the CW can continue in this vein when the show jumps ship later this year. More episodes like ‘Childish Things’, where Jeremy Jordan’s Winn Schott Jr got the chance to take centre stage in a dark and twisted storyline of his own, will be greatly welcomed, while jumping to the home of Arrow, The Flash and Legends of Tomorrow could just swing another episode of the likes of the standout Flash/Supergirl crossover in ‘World’s Finest’, where Kara and Barry Allen worked off each other beautifully.

The season had a solid arc and a heart wrenching conclusion that built towards a decent cliffhanger going into season two, but more importantly it was feel-good viewing – without lacking any of the dramatics you want in a good TV show.