Strangled, directed by Arpad Sopsits, is a bleak examination of a series of necrophiliac murders in provincial Hungary between 1957 and 1968 (I appreciate that the word bleak may be somewhat superfluous here). It is, apparently, based on real events: in ’57, a young worker at a shoe factory in the town of Martfu is found dead, and her lover Akos is arrested, charged and confesses. Found guilty and sentenced to death, his death sentence is commuted to life imprisonment. But seven years later, a similar murder takes place in Martfu. By then Katona, the senior investigator of the 1957 killing, has been promoted away from the town. Bota, his assistant, is still in Martfu; and a young investigator, Zoltan, takes charge of the new cases. Hanging over the new investigation, of course, is the nagging question of whether an innocent man is in prison for the first murder.

It’s not a comfortable film to watch at times. The violence in it isn’t excessively gratuitous but it is inevitably sexual, and the camera doesn’t shy away from the sight of bodies in various stages of decomposition. Thankfully it avoids the visual clichés associated with Eastern European communist states – from what I can remember there’s only one red star in the entire film, and there are no posters of Marx, Engels or Lenin in sight. There’s an interesting contrast between the darkness of the story and the chaos of the murderer’s psyche on one hand, and the bucolic appeal of the Hungarian countryside, and the order of the shoe factory where the victims worked on the other. 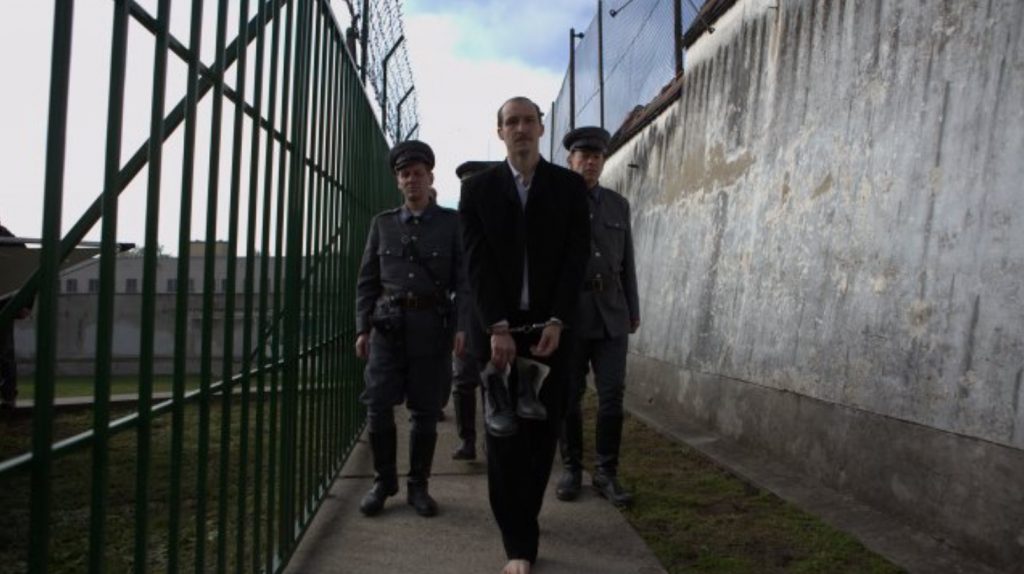 The film is not easy to watch, as I’ve said – and it’s not terribly engaging either. There’s something… not aimless, but diffuse, about the way the film glances at different aspects of the story without ever fully exploring any of them. For example, the character of Rita, the sister of Akos, who never gives up belief in her brother’s innocence; or the political pressure put on Zoltan and Bota not to reopen the investigation into the original murder, or even the personality of the murderer.

Strangled is a good looking, competent thriller, well directed and well acted, and the story hangs together effectively. What it does not have, though, is a sense of engagement with its characters.

Strangled is screening at the 37th Cambridge Film Festival on 24 and 26 October 2017.