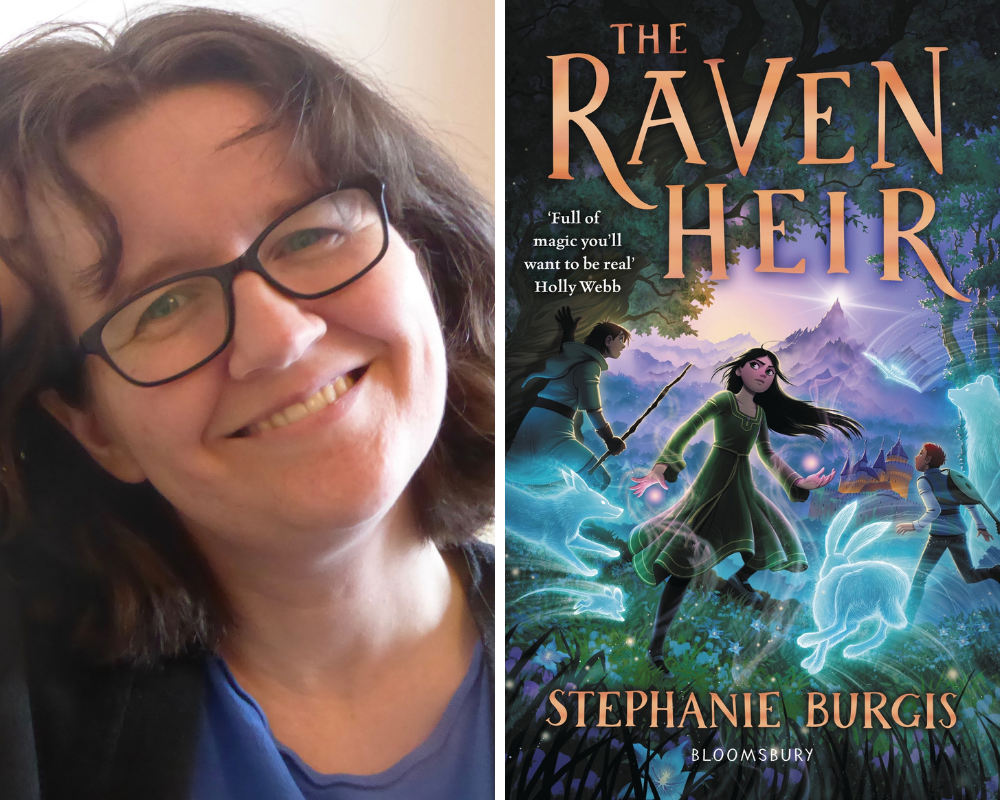 When I was a little kid, my best friend insisted that she definitely wanted to turn into a dog – a real one – when she grew up. Obviously, I didn’t feel the same way – because I was sure that being a cat would be so much better! Just think of all of those feline advantages: gorgeous gravity-defying leaps, infinite grace, hours spent purring in the sun…

I didn’t change my mind about that particular fantasy until the fatal flaw of cat-hood finally hit me (as a seriously bookish little girl):

Cats can’t read! What a tragedy! How could I ever survive a life of such total boredom, without any stories to enjoy?

So I sighed and gave up on that dream forever…until I came to write The Raven Heir.

My heroine in The Raven Heir doesn’t have any of the powerful external sorcery of her siblings. Unlike the fierce enchantress who is their mother, Cordelia can’t affect the larger world around her with any of her own natural magic. But her own body is infinitely flexible, letting her shift seamlessly from one kind of animal to another, her shape entirely under her own control.

Writing Cordelia’s story, I got to live inside her skin as she plunged from one perilous moment to the next, shifting again and again into the best possible animal shapes for taking on each terrifying new challenge. From a bear to a moth to a crow to a wolf and so many more along the way, I found myself vividly imagining what each new form would really feel like as a body – and diving deep into research about how each kind of creature would see, hear, and/or sense their new surroundings.

More than that, I had to imagine how Cordelia would somehow stay herself throughout every transformation, with a deep inner core that remained constant even as her most primal senses and instincts all changed to match each change of shape, tugging her in new directions every time.

And of course one of the first shapes that she took in the book was as a cat. How could it not be?

Mice were lovely for keeping out of sight. Still, they weren’t the fastest of creatures, and she was in a hurry. Mother wouldn’t take long to send those soldiers packing. As the intruders’ shouts of rage turned into fear, Cordelia raced as quickly as she could out of the room and on to the narrow stone platform that overlooked the sunny main courtyard. As soon as she was safely outside, she shifted into a cat, long-legged, sleek and muscular.

Much better! She twitched her dark grey tail with satisfaction and shook out her supple cream-coloured body. Her pointed ears swivelled, following a soft humming sound in the distance even as distracting scents rose up to call to her sensitive nose from all directions…

Most of the time, when we grow up, we have to give up our wildest fantasies from childhood…but when I was writing The Raven Heir, I got to finally fulfil one of mine.