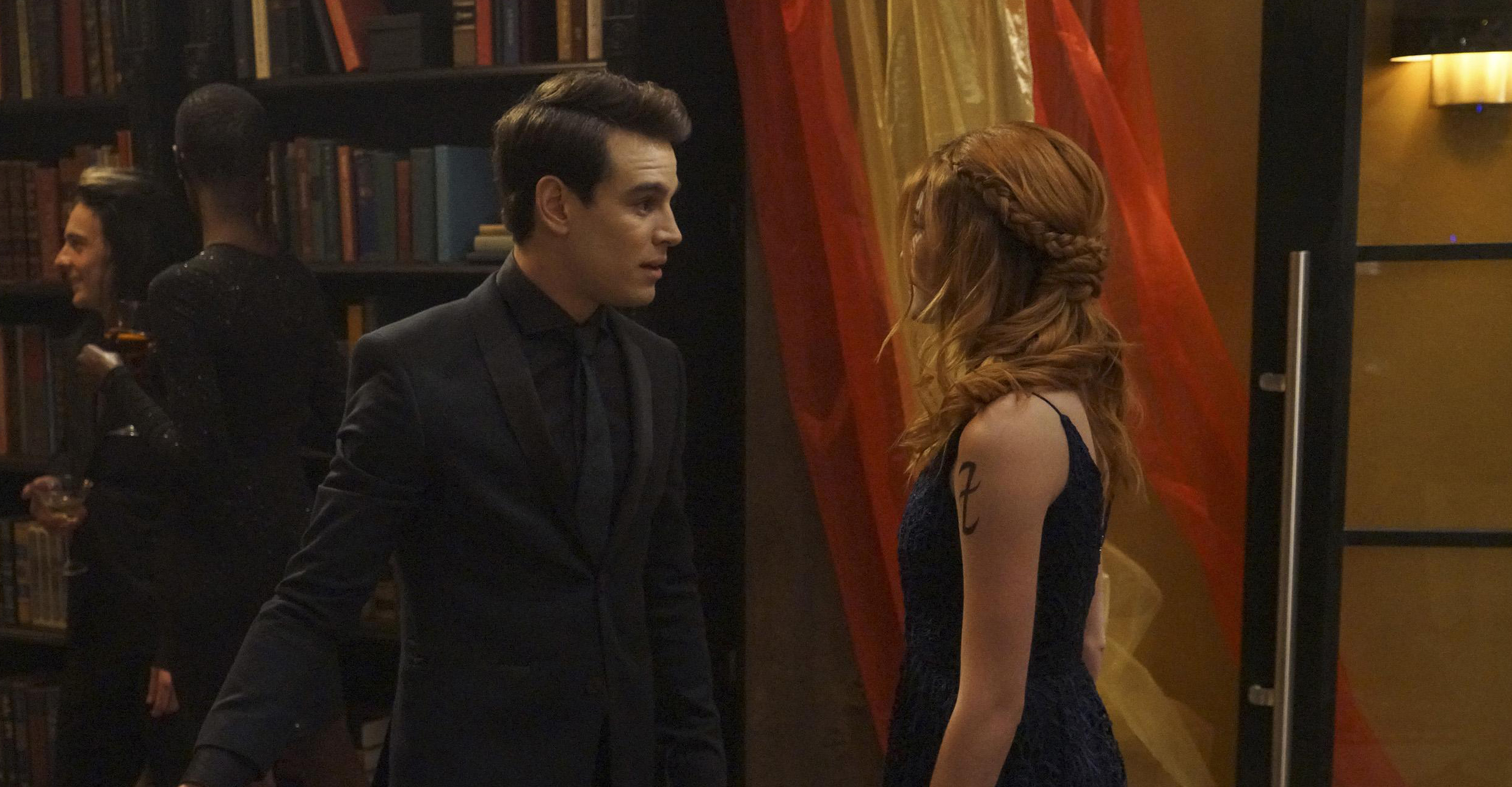 ‘Love Is A Devil’

There’s nothing like a touch of magic to ruffle a few Shadowhunter feathers – and nothing like a Shadowhunter rite of passage to get everyone together in one place to live through it. Once again, this week saw Valentine orchestrate everything to deliver just the right amount of menace to break up the fun but while last week built to a climax where Valentine was the one preparing to wreak havoc, ‘Love Is A Devil’ placed all the destructive power in the hands of the major players and their own insecurities. Which means we ended up with a very strong episode, largely because Shadowhunters went back to doing what it does best: a lot of great character interactions.

Even before Alec and Isabelle’s mother Maryse returned with their little brother Max to stir up a whole load of tension this week, Shadowhunters jumped straight into some lingering threads from last week – namely, Isabelle tracking down a vampire den to feed her addiction to yin fen straight from the source and Maia confronting Simon over his feelings for Clary. Cheesy, over-the-top vampire villainess aside, Isabelle’s weakened state in her need for yin fen leaves her vulnerable in a way we haven’t seen Izzy before and her unexpected sort-of saviour in the form of Raphael introduces both an interesting new dynamic and a cautious new threat for Izzy to take heed of while feeding her addiction.

And then there’s Simon who is actually following Maia’s advice by telling Clary about his feelings for her – and the fact that Clary is willing to give him and them a chance was almost cute enough to forget about the strong likelihood that there’s no way they’re going to be able to stay together. The show has been planting small seeds that Clary’s thoughts towards Simon have changed to more than friendship in the last few episodes, but compared to Simon’s season-and-a-half-long crush, Clary’s reaction feels unearned and out-of-the-blue. Even so, Simon and Clary’s friendship has been largely unfaltering through this series, and I’m happy to see it evolve while they navigate this new territory between them – and anything that gets Alberto Rosende’s Simon stumbling over his words and psyching himself up by talking about fighting off cobras is fine by me. 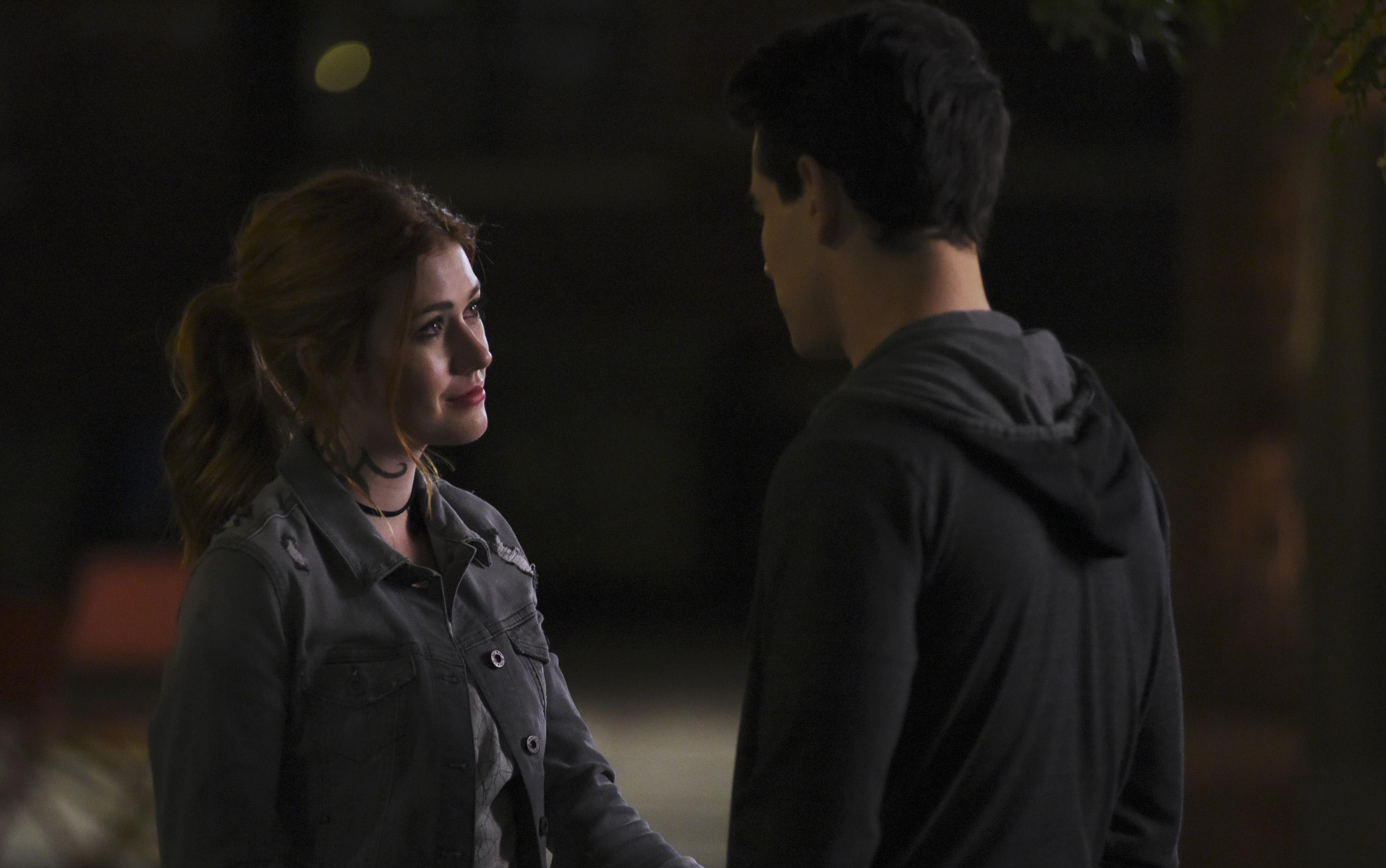 But with an episode title like ‘Love Is A Devil’, of course there’d be some bad blood to confront, helped along by Valentine and the bargain he struck with Iris, the witch Clary turned to when she tried to raise her mother from the dead. As all the Shadowhunters (and Simon) gather at Magnus’ to throw Max his ceremonial party, each character is forced to face some of their biggest insecurities in turn – Jace, that the Lightwoods regret taking him in after finding out he’s Valentine’s son, Clary, that Simon belongs with other Downworlders more than her, and Alec, that Clary blames him for the death of her mother.

Of course, there were some insecurities coming out that didn’t feel quite as natural as others. Clary has never shown any signs of being worried about losing Simon before, and if her feeling this way now has stemmed from seeing him get on so well with Maia, or from Clary’s new knowledge that Valentine is seeking to wipe out Downworlders completely, that wasn’t made entirely clear and so just felt odd. But, as a plot device, it was an effective way of airing out some lingering character tensions and also of allowing the story to push forwards after the experience, regardless of the information-dump that came with it.

Despite its flaws, ‘Love Is A Devil’ was actually one of my favourite episodes of the series so far, purely because of how well everyone played off each other. Jace and Maia’s sarcastic bickering is well-matched, while Magnus and Clary managed a few moments together that reiterated his affection for her without being too derivative from the action. 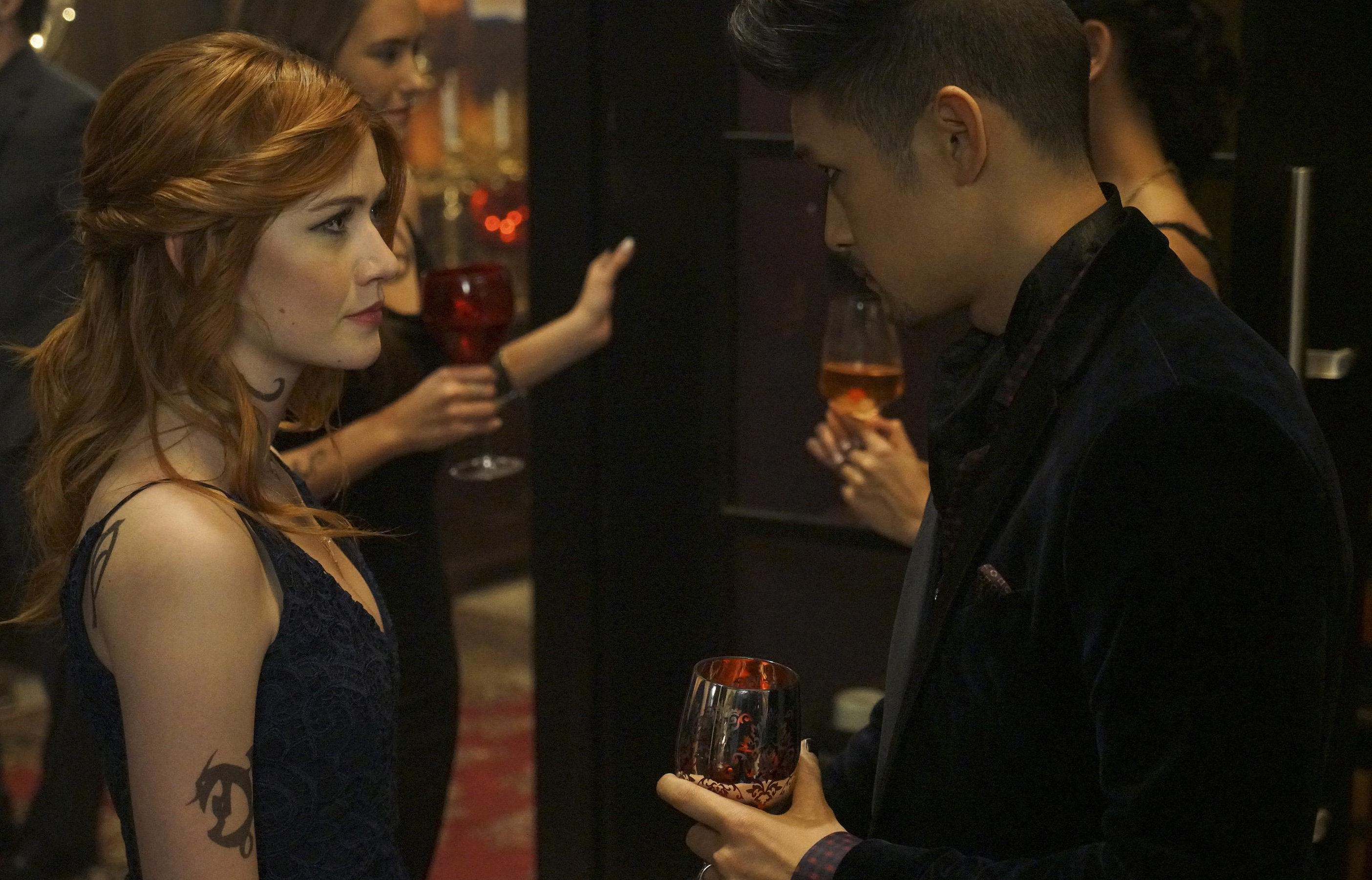 But while there are plenty of tiny moments like that which stand out for the right reasons, there’s also the larger problem this series has of introducing and dropping things as and when they need them. Jace and Clary’s argument with Luke at the beginning of the episode, for example, felt tacked on there simply because they had nowhere else to put it – as did bringing back Iris after not mentioning her since her episode and adding on a quick explanation for Clary’s rune-making abilities. All of this might very well serve a purpose for next week, but including it here felt at best a bit jarring and at worst like poor planning.

Still, it’s nice to see Shadowhunters hasn’t completely lost its momentum again and the internal dynamics of the characters are developing enough that I’m anticipating more exciting confrontations and conversations ahead. And if this episode did nothing else, at least it proved that Magnus can throw good parties.