Following on from last week’s deadly turn, ‘Dust and Shadows’ saw Shadowhunters take a step back to pause and grieve – which is why it doesn’t feel right that the show took the opportunity to launch into several new plot threads at the same time. This series has already proven it can produce great television with a predominantly singular character focus, and while the thought of a Clary-centric episode was a bit concerning, it would have made sense, considering she has just lost her mother. Instead, what we got was a mismatch of character interludes, almost as if the show feared losing momentum, so threw as many different developments in the mix as they dared to keep things going instead of letting the emotion do the talking.

So, let’s start with the biggies: Clary, Alec and Simon. For the most part, and especially in the earlier scenes of the episode, each of these characters had a solid character-driven reaction, with Alec struggling with his guilt over being the one possessed by the demon when it killed Jocelyn and Clary taking some time with her best friend who’s known Clary and her mom the longest to just talk and process. Even Clary’s half-formed plot to bring her mother back from the dead is justifiable to an extent – she did get back her recently-deceased friend, so in this world it’s not too inconceivable a thought. It’s when these knee-jerk reactions get taken too far though, that things fall to pieces.

Clary may be new-ish to this shadowhunter gig, but even she knows not to go messing with dark magic. Or, even if she didn’t, Magnus and Jace’s warnings should have been enough to dissuade her over the word of a warlock she literally picked at random from a database. Even while mourning, even when absolutely desperate, Clary is not that naïve, and the show has made a huge point of telling us how much she has learned so far, meaning that everything that followed bordered on the edge of ridiculous – and that’s before getting into the weird forced warlock baby surrogacy plot. 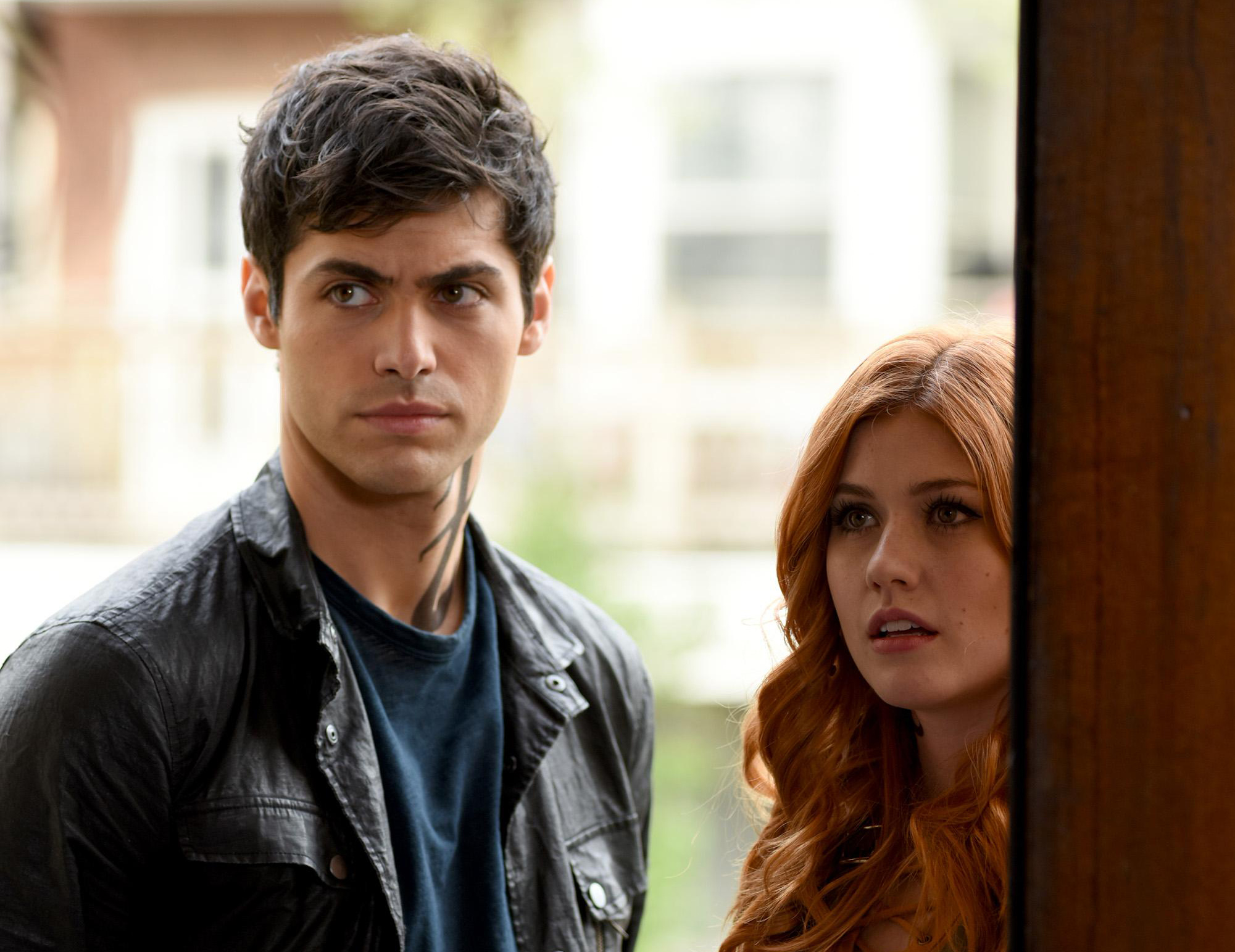 And what makes all of Clary’s arc completely worse is Alec blindly agreeing to go along with it. More than any other character in this show, Alec is the practical, rational, rule-obliging one and promising to go with her and be there “no matter what happens” is a step too far away from his character to realistically pass off, even if he is trying to ‘make things right’. It almost felt like everything that happened here was all an attempt to put Clary in a desperate enough situation to introduce the revelation that she can create new runes, but the fact that it came at the cost of her – and Alec’s – character probably wasn’t worth the payoff.

Thank goodness for Simon, then, who’s decision to move back home to his mother’s has not only been simmering for a few episodes but came as a completely relatable response to learning your best friend’s mother has died unexpectedly. Of course you want your family around you in that situation, and of course Simon would find it more difficult to keep his newfound vampire status a secret when living in close proximity to humans not in the know. Alberto Rosende has long been the comic relief of Shadowhunters, and while he continues to give us some of the best lines, it’s nice to see his subplot growing and developing at all the right points. 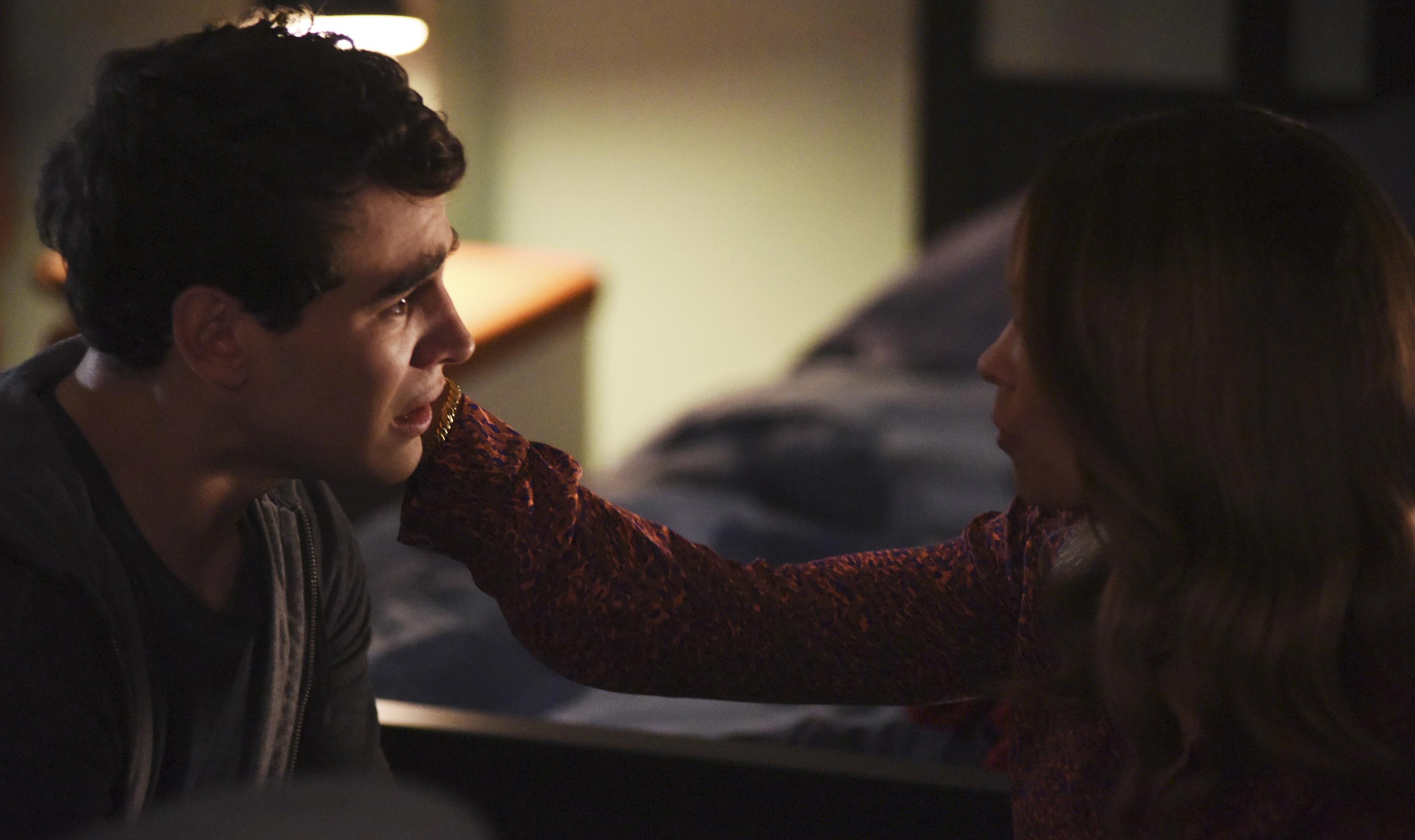 Having said all that, ‘Dust and Shadows’ did build towards a rather beautiful crescendo in Jocelyn’s and the Silent Brothers’ funeral. Clary’s breaking down during the ceremony and her cry of “mom” were truly heartbreaking, and it was a great turn for Katherine McNamara. Stronger still, though, was Dominic Sherwood’s Jace, whose short few scenes were as powerful as they could be. I appreciate the need to not overcrowd an episode, but if we’re supposed to believe that Jocelyn is Jace’s mother, then her death does affect him too and, considering this, he felt a little overlooked in the grand scheme of things this week, with the main sum of his contribution to the episode being a gratuitous training scene with Izzy.

And speaking of Izzy, while I am so glad it looks like she’s getting a plot thread of her very own, courtesy of shady Victor Aldertree’s weirdly intimate medical examination and prescription, I am a little disappointed it came tacked onto an episode with so much else going on, and not a lot of it good.

This week has felt very much like it’s been one step forward, two steps back for the series. For all the action thrown into the mix that has made season two so much stronger, a return to the dodgy special effects and iffy character motivations and relationships can be all you need to alienate an audience. The good parts of ‘Dust and Shadows’ were great, and we mainly have Jace and Simon to thank for that, but unfortunately they were few and far between, and it feels like this week there was a real lack of focus on what was important.