‘A Door Into the Dark’

It may have taken a little while longer for Shadowhunters to get going this week, but when it did ‘A Door Into the Dark’ managed to quickly regain last week’s momentum to become as intense and exciting as the best of them, in large part due to the decision to take the attention away from Jace and Clary and focus more on all of the characters. Which, of course, made up some for the largely one-dimensional and overlooked characters we began with.

After picking up exactly where we left off last week, both Valentine and the Clave are quick to remind their respective sides that they are currently at war, and there’s nothing like a war to make you choose which side you want to fight for. Jace may be standing with Valentine but his quick conversation with the new and vengeful recruit Jeremy confirms he doesn’t necessarily agree with the man’s actions, while Clary’s clashes with her mother and Alec leads her to question whether she belongs in the shadowhunter world at all.

But while Jace and Clary are both left questioning where they belong, Alec and Isabelle and Magnus and Simon are out getting stuff done, with varying degrees of enthusiasm, and it’s truly wonderful to see. As siblings, Alec and Isabelle’s relationship is probably the most overlooked in the series but seeing them in action here proves why Lydia called the Lightwoods “the best” they had – and hearing their completely open and frank conversations is a refreshing change. In fact, last week’s one-note Alec got the chance to air his grievances and flesh out all of his concerns in detail this week, resulting in a starring turn for Matthew Daddario and a suitably dark and irrationally aggressive argument between Alec and Clary that was by far one of the episode’s best scenes. 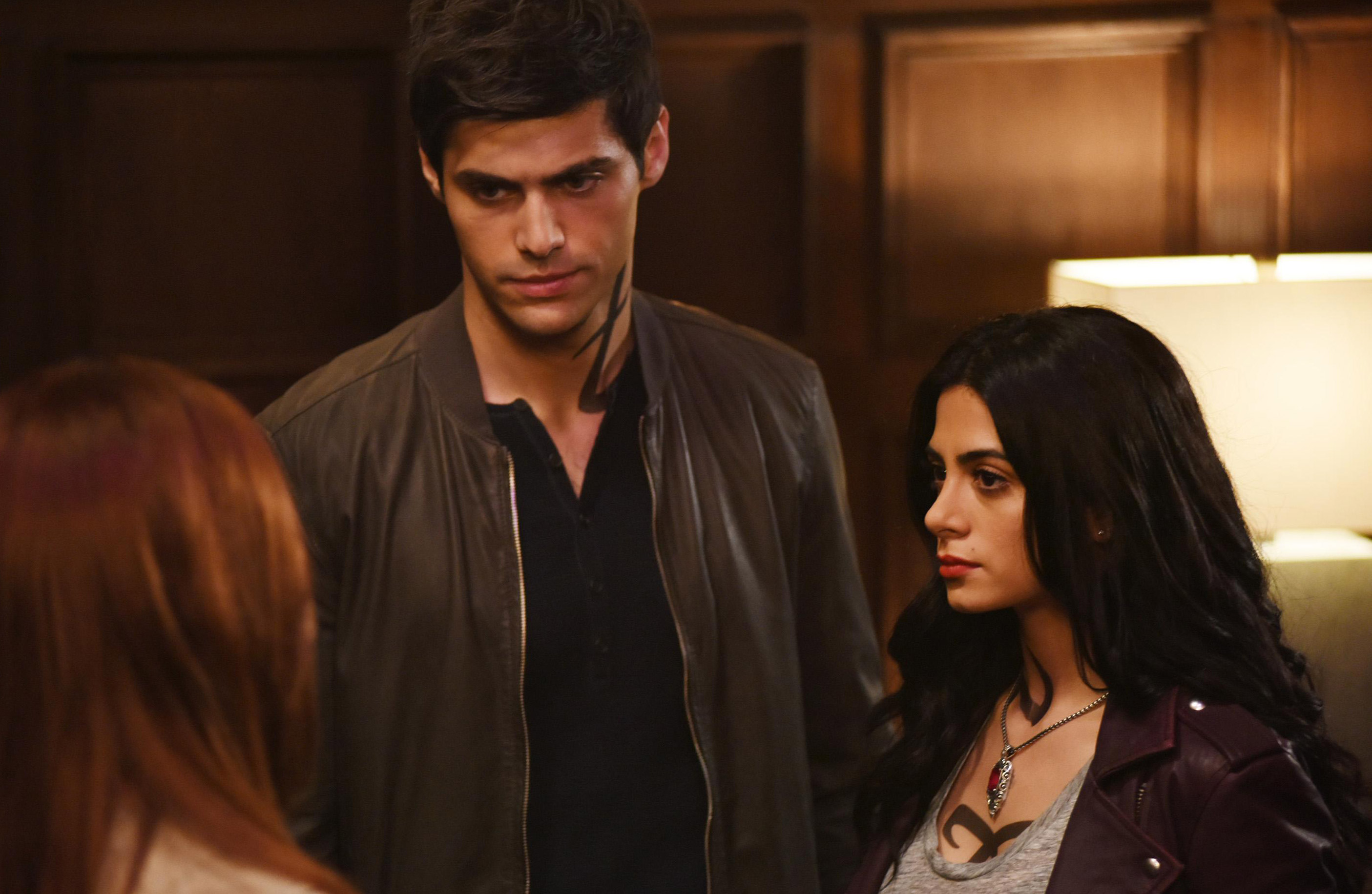 Magnus and Simon’s story too provided some great moments for Harry Shum Jr and Alberto Rosende to step into the spotlight as Simon enlists Magnus’ help in the search for Camille, after being forced into it by vampire leader Raphael (remember him?) and the Institute’s own baddie-to-be, Aldertree. Their mission takes them to an opulent home in India where Magnus collects all sorts of wondrous items that are bound to be significant, while Simon is given the opportunity to truly hone his new vampiric power of persuasion, or encanto – and of course he still has the best one-liners too: “Why would you need a warlock when you’ve got a scrappy nerd from Brooklyn?”

What this all builds to is an episode that constantly feels fresh and exciting as multiple plot threads successfully come into play – and more importantly, without detracting from one another. Ignoring some of the early setbacks of the episode – weirdly unnecessary flashback featuring a baby Jonathan with cheesy demonic eyes and follow up bad dialogue (“Am I supposed to believe Jace is some kind of evil, flower-killing monster?”), I’m looking at you – ‘A Door Into the Dark’ is well-paced and maintains a nice balance between action and emotion.

Dot’s (Vanessa Matsui) reappearance was both unexpected and heart-wrenching, but what’s more exciting for those who’ve read the books now is that Shadowhunters isn’t staying overly close to that source text anymore. For every setup, hint or tease that book readers recognise, the series introduces new elements, like Dot’s return or the closing scenes with Alec and Jace, that keep us in as much suspense as the rest of the viewers.

There are still niggles, of course. Clary may be considered untrained and a liability by the Institute, but even when given the chance she continues to prove herself to be pretty useless by letting everyone else fight around her, and Jocelyn’s character feels like it’s being rushed to match the action that she largely missed out on last season. But, overall, it looks like Shadowhunters is becoming every bit the exciting series we always wanted it to be.