It took three episodes for Shadowhunters to deliver an episode that actually gripped audiences, but once it got there, this series made sure to stick to it. ‘The Fair Folk’ built on last week’s growing tensions and delivered another strong affair, showing relationships grow and break on both a personal and political level. With Alec determined to build bridges between Shadowhunters and Downworlders, and Clary, Jace and Simon experiencing the horror and the beauty that is the Seelie Court, the scene was soon set for, yes, a new Shadowhunter world order – but mainly for a shake up of Shadowhunters’ most enduring love triangle.

And, well, seeing Clary and Simon together was nice while it lasted, but if you’ve read the books, or if you saw this week’s promo clip, you knew exactly what was coming here – and it played in this episode’s favour. From the moment Jace and Clary are sent on their mission to the Seelie Court at the beginning of the episode, ‘The Fair Folk’ turns into more of an episode that’s about how things play out, rather than what’s happening. It’s not exactly subtle, considering all the dialogue about the Seelie Court being both romantic and dangerous, beautiful and deadly, but there’s still a thrill in seeing the Seelie Queen create the chaos that she does with good old-fashioned trickery.

To be fair, Jace did warn everyone that Seelies want to trick you into your own self destruction, and the Queen ensured that Simon would feel the betrayal doubly so, following as it did on the heels of her warning that Shadowhunters will always pick each other. But still, Clary had to kiss the one she “most desires” if she wants all three of them to walk out of the Seelie Court alive, and while it may be one of the oldest tricks in the book, there’s still drama to be had in the fallout – which is sold here largely on the basis of Alberto Rosende perfectly portraying Simon’s completely heartbroken expression. We leave the Seelie Court with no more knowledge about the murderer that brought them there – a flimsy storytelling connection at best – but with a wildly different state of affairs for our main characters.

Alec, too, is trying to create a different world for Shadowhunters and Downworlders, and the ease to which he settles into his new role as Head of the New York Institute is testament to Alec’s quietly consistent character and his effectiveness as a leader. Alec’s aim is to improve the relationships between the two by creating a cabinet that asks for total transparency and weekly updates between the Shadowhunters, werewolves, vampires, seelie and warlocks. It’s admirable, but it too has its flaws, putting a strain on his relationship with Magnus, alienating Shadowhunters who turn on him for dating a Downworlder to begin with, and failing to win over the Downworlders themselves by not being able to give them what they want: the destruction of the soul sword, or the death of Valentine.

This is also the storyline this week that delves into the realms of why is this happening, and do we really care anyway? Luke being offered the chance to kill Valentine felt a bit too random, while the return of Maryse Lightwood again felt like it came both out of nowhere, and unnecessary. Granted, Maryse’s return did result in a beautiful mother daughter moment between her and Isabelle as the pair are given a chance to be a family again and air their grievances, with Maryse’s comment that Shadowhunters forget they’re half human as well as half angel feeling like something that needed to be said. But it would have been more poignant if we knew Maryse more, or could remember when we last saw her and what role she played without looking it up. 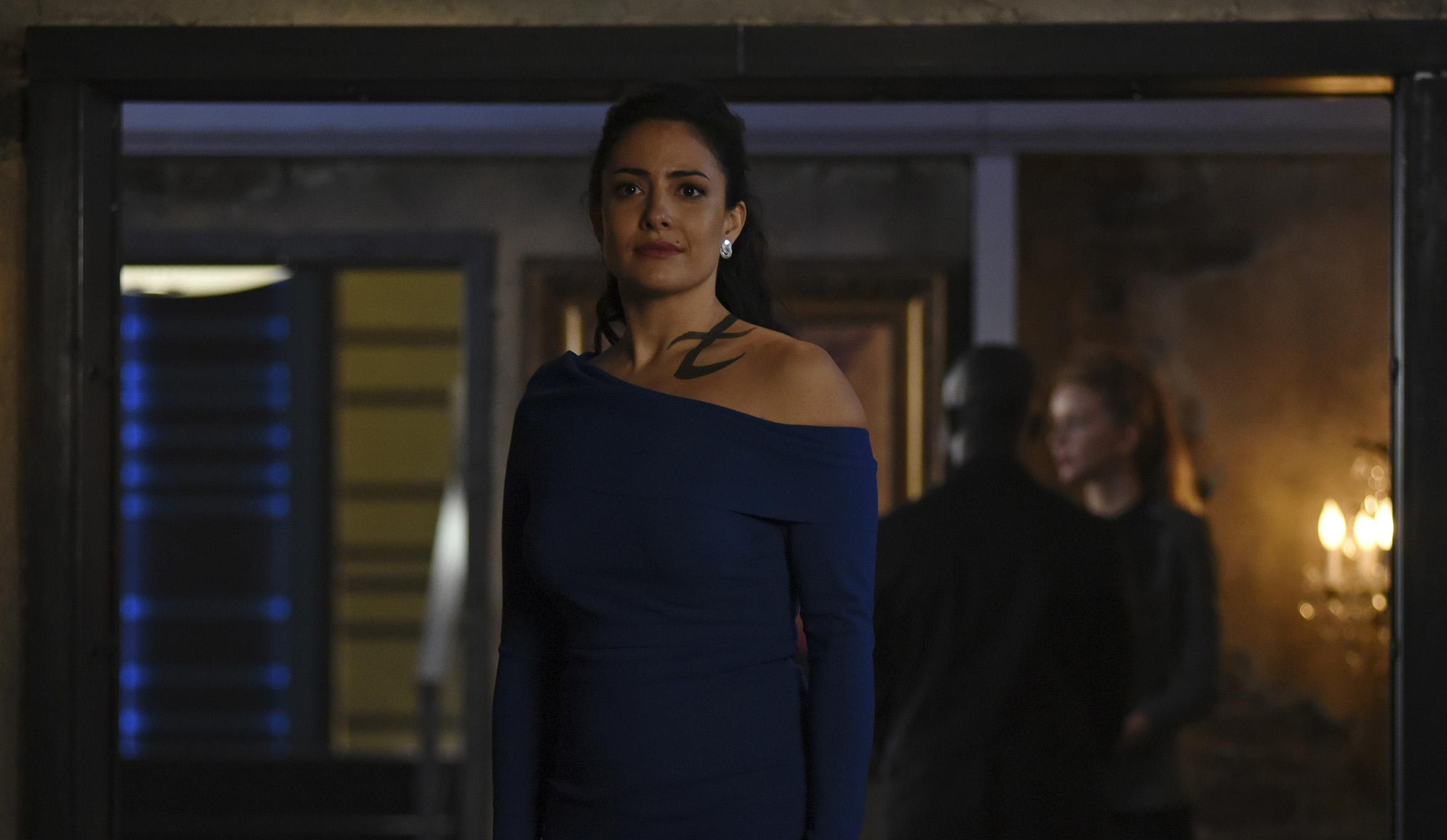 More interesting, however, is Sebastian Verlac, who’s quickly becoming a series highlight. With each scene he’s in, he becomes more and more menacing, stirring up conversations and thoughts people aren’t willing to face all the while inserting himself irrevocably into the Shadowhunters’ lives. He’s challenging Raphael, and warning him away from Isabelle for her safety, he’s playing on Jace’s feelings for Clary and Valentine recognises him. And, if that’s not suspicious enough, he’s also revealed to be something of a psychopath too, playing the same piano music Jace played at the beginning of the episode while threatening to punish the person he’s keeping locked up in his room. If you’ve read the books, you know where this is going, but Sebastian is one interesting character and his arrival is still one of the most exciting things about this season so far.

‘The Fair Folk’ was another mixed bag for Shadowhunters, bringing together strong moments with forgettable storylines and interesting twists with the same old second-rate special effects. But the play out of both main storylines against each other really created a tense atmosphere and one that continued last week’s precedent that plot comes more naturally when there’s not one person forcing it in any direction. If the past blocks of Shadowhunters episodes has taught us anything, it’s that the show is always strongest in this early middle block after the introductory storylines have been sorted, but before their ideas run out of steam. This week’s episode, then, was in a bit of a sweet spot – and next week’s should be similar too, so we should enjoy it while we can.