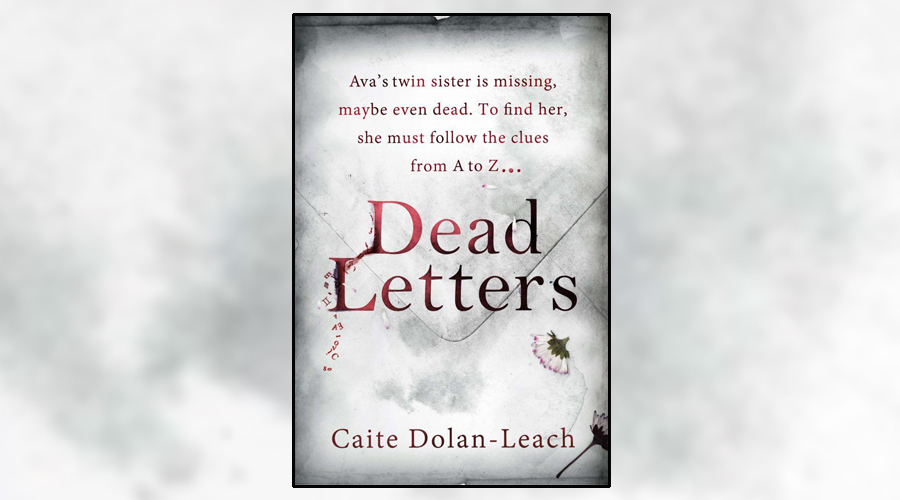 As a fan of America-set novels featuring complex sibling dynamics and dysfunctional family drama, Caite Dolan-Leach’s debut had all the right ingredients to hook me in from the get go. Dead Letters is a veritable scavenger hunt of a novel that questions the bonds between sisters and the individual identities of twins against a backdrop of secrets, addiction and lies.

The dead letters of the title relate to both a series of physical letters and the letters of the alphabet, as Ava Antipova is given the news that her estranged twin sister has died in a fire. Forced to leave her graduate studies in Paris and return to her family’s vineyard in upstate New York, Ava is immediately confronted by the stifling weight of her family’s disintegrating legacy. Whilst she should be grieving her sister’s tragic and untimely demise, Ava can’t shake the feeling that she’s missing something. Zelda always was one for drama and manipulation, and her death is too perfectly set up and presented; all it’s missing is the bow.

“Death by fire was the right death for visionaries and mad women, and Zelda was both. My dark double.”

Waiting for the police to conclude their investigation and officially identify Zelda’s remains, Ava begins her own hunt for answers as she retraces her sister’s final weeks. She discovers a series of hidden clues that indicate the fire was an elaborate ruse and Zelda could still be alive. If A is for Ava and Z is for Zelda, what do the letters in-between stand for? Knowing that the missing letters hold the answer to her twin’s disappearance, Ava embarks on Zelda’s painstakingly planned game and finds herself sucked back into her family’s toxic world.

This is as much a morbid scavenger hunt for readers as it is for Ava. Each new clue leads to more questions that lead to more clues, as Zelda uses her bond with her twin to anticipate each stage of the game. Despite being estranged, Ava and Zelda share a connection born from sharing a womb, but they also share a competitive nature that they’ve always struggled to suppress. Zelda’s final scheme acknowledges the rivalry they tried and failed to avoid as children, each twin believing they know the other one better than they know themselves.

Ava and Zelda are complex characters with ingrained issues transferred from their dysfunctional parents; an emotionally closed father with a carefully constructed façade and a bitter, alcoholic mother who’s withering away as a result of a degenerative disease. The twins are in every way a product of their upbringing and they’re almost compelled to keep making the same mistakes – relying on alcohol and pills to dull the emotional pain and unhappiness.

“I stop in exasperation and almost storm out of the Airstream, fed up with myself and with my sister, filled with that itchy combination of fatigue and anxiety that my entire family produces in me. An allergic reaction for which antihistamines can do nothing. I want a drink.”

Filled with devious deceit and taut twists, Dead Letters wears its literary influences firmly on its sleeve. It has the macabre, melancholy mystery of Edgar Allan Poe and the contemporary domestic thrills of Gillian Flynn that makes you slide to the end of your seat as you read. There’s an almost poetic quality to Dolan-Leach’s writing, as she structures her novel around the alphabet and uses alliteration when speaking from Zelda’s point of view through her letters.

Like the Antipova family itself, Dead Letters is complicated, fascinating and dangerously thrilling. It cleverly plays the two sisters against each other, revealing their weaknesses, fears, loyalties and unstable natures. The cat and mouse game unfolds slowly and effectively, leading up to an end that, whilst a little abrupt after such a long and elaborate build up, is a rewarding payoff for following the letters from A-Z. It’s a compelling psychological mystery that’s difficult to resist.

Dead Letters was published by Corvus on 4 May 2017

Book Review: Too Marvellous For Words by Julie Welch