Book Review: Too Marvellous For Words by Julie Welch 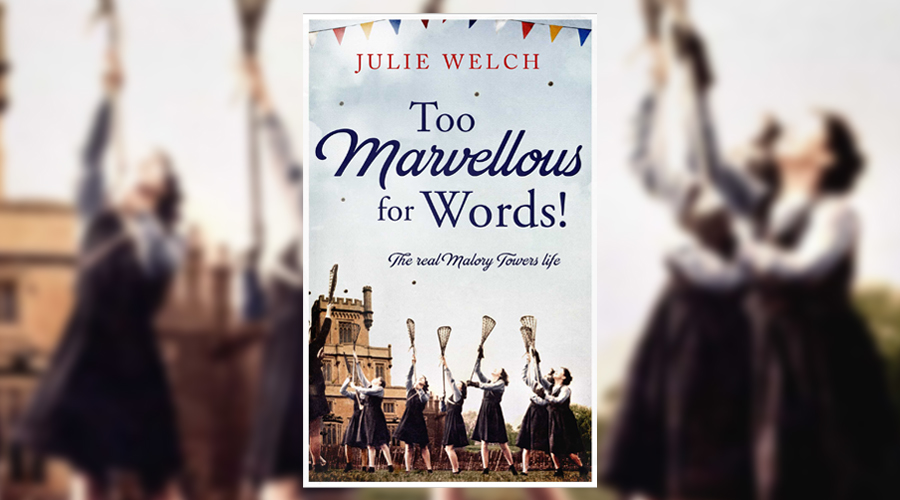 Boarding schools have long been the subject of intrigue, with Enid Blyton leading the way for many more to follow, so it was with interest that I started reading Julie Welch’s Too Marvellous for Words. In this memoir, which is hailed as ‘The real Malory Towers life’, Welch tells of her teenage years at an all-girls boarding school. Prior to writing the book Welch was an award-winning sports reporter for the Observer in 1973, as well as being the first woman in Fleet Street to cover football. Her journalism has subsequently featured in many national newspapers, and she also wrote the nostalgic football movie Those Glory Glory Days and The Biography of Tottenham Hotspur.

Too Marvellous for Words takes us back to Welch’s school days spent at Felixstowe College in Suffolk. Set in the swinging sixties, the book is awash with lively teenage girls who form close ties and unique friendships – bonds that withstood the hardships and punishments enforced by the strict and overbearing all-female staff, whose sole aim was to mould the girls into perfectly turned-out young ladies.

The setting is described wonderfully, with the college positioned right by the sea, having separate ‘Houses’ for girls to stay in, namely Ridley, Cranmer, Tyndale or Latimer. Resembling glorified villas by the sea, each House was installed with a strict House Mistress trained to subdue schoolgirl treachery and other wrongdoings.

Felixstowe College itself has a remarkable history and it was fascinating to read about what happened to it during the war years, as well as its subsequent reclamation to a girls boarding college. In its heyday it was seen to be one of the most coveted schools of its kind, with its mission statement to give girls aged 11 to 18 a “sound education on a religious basis and modern lines”.

Amidst the teenage angst and the other ingredients you’d expect from boarding schools – midnight feasts, pranks, bullying, fall-outs, punishments and the inevitable brushes with the ‘other sex’ – Welch captures her memories of this time with great fondness, some pangs of guilt but, above all, plenty of humour.

What I liked about this memoir was the glimpse into English life in the 1960s; from Welch’s family life as seen through her then adolescent, now adult eyes, to the social expectations and aspirations amongst her contemporaries and their families. Welch and her friends revelled in the Beatles, Elvis, mini-skirts, Radio Caroline and wanting to know more about the facts of life than their awkward teachers would allow.

I was particularly interested in the background information on the main teachers present during Welch’s college years, and would have liked more about Jonah, Bretch and Cawley, who formed the fabric of Felixstowe’s walls and were the strong and (mostly) wise women who influenced the pupils. The background given on former Games mistress Coulo was by far the most illuminating and it’s a shame that it was a ‘potted’ version.

Too Marvellous for Words is an entertaining ‘fly on the wall’ glimpse into a bygone era and a worthwhile read for anyone who’d like to know what boarding school life was like.