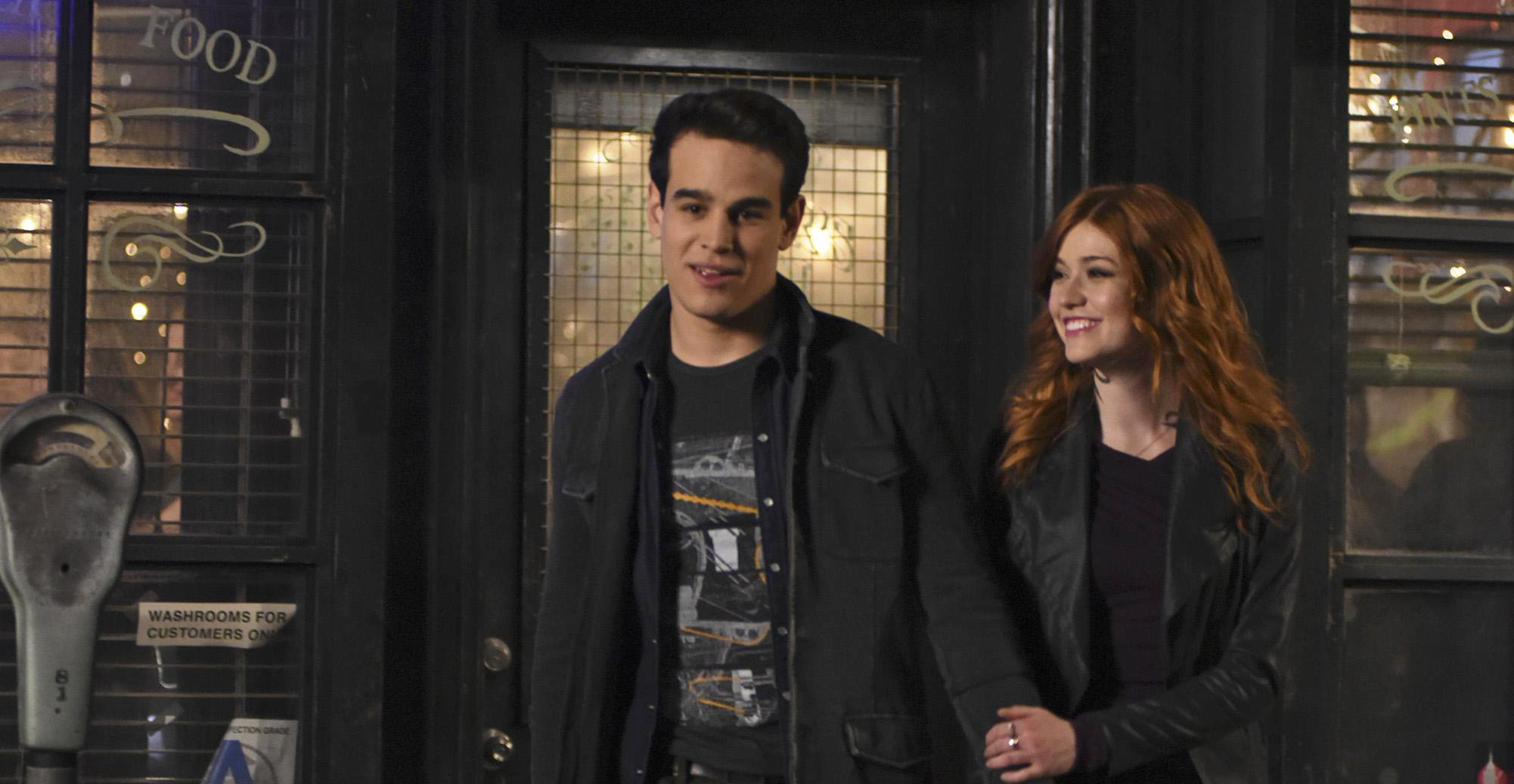 ‘Those of Demon Blood’

If this week’s episode of Shadowhunters proved anything, it’s that a world at war gives this series a breath of fresh air. After stalling for a few weeks with the Valentine threat neutralised and Azazel banished away just as quickly as he arrived, ‘Those of Demon Blood’ turned its attention to the raging tension between the ever-growing more elitist Nephilim and the increasingly resentful Downworlders – and it paid off. As the Clave want to exert more and more control over their ‘demon-blooded inferiors’, it puts the Shadowhunters at odds with each other and their Downworlder friends and family, and it all combined to produce a truly gripping episode, the likes of which this half of the season has been lacking since its return.

At the heart of this episode was a gory murder mystery as Shadowhunters are found dead with their angel runes carved off, and the bodies point to the Downworlders being the perpetrators, each being found with werewolf, warlock, seelie or vampire marks. As Shadowhunters quickly find themselves a target, the Clave begins ordering that Downworlders should be tracked, identified and kept under control. It’s persecution, plain and simple, and it leads to a brilliant moment for Alec as he challenges the Inquisitor’s close-minded thinking and stands up for the rights of Downworlders, giving them a voice. Jace, meanwhile, is caught up in the idea of his new family and being all that the Herondale name expects of him, stirring the ire of the Downworlders even further and putting him at odds with Clary, Simon, Luke and even Maia. 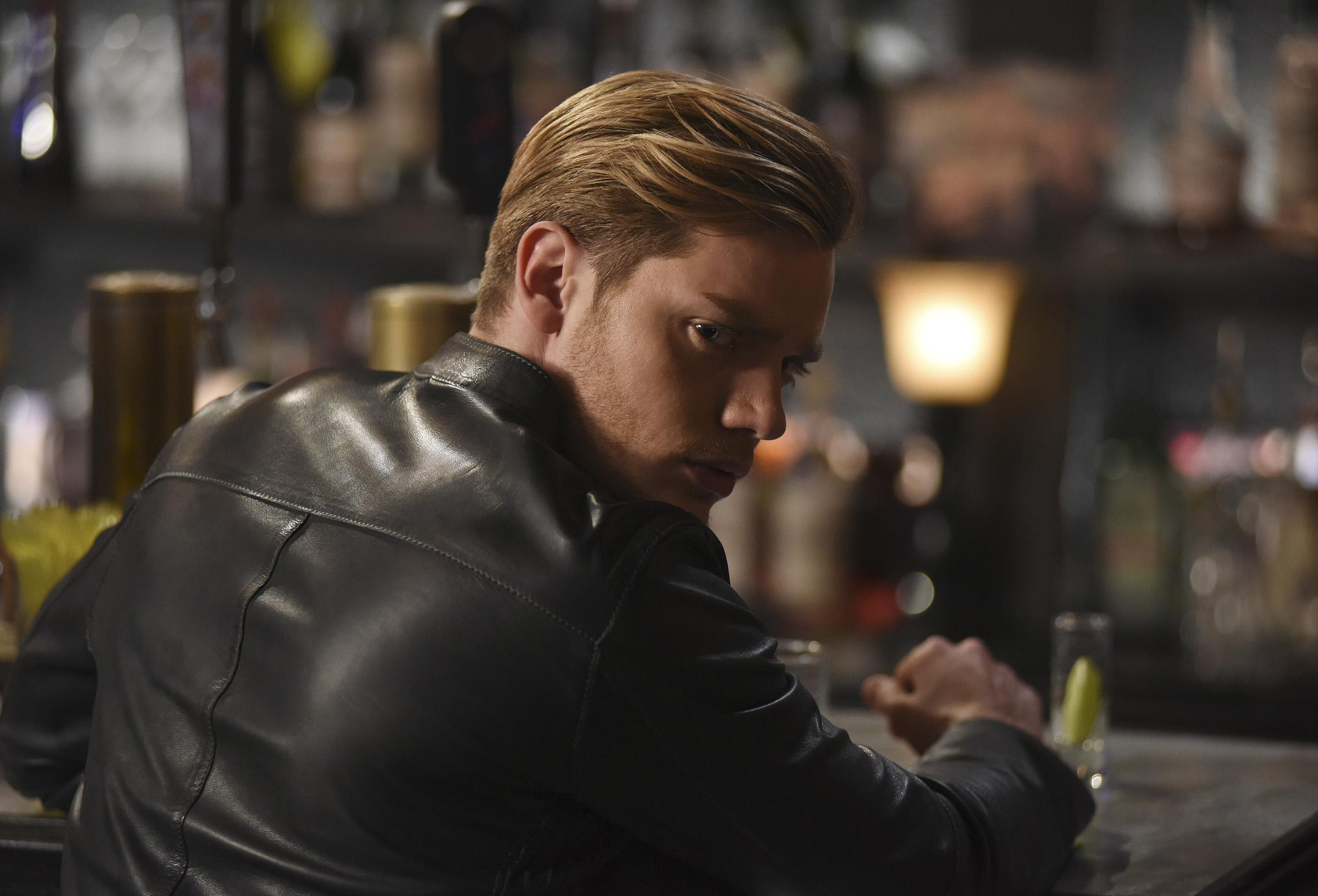 ‘Those of Demon Blood’ was one of those episodes that put Simon at the heart of a lot of the action, and it was all the better for it. From his and Clary’s extremely grounded, supportive and yes, cute, relationship, to Simon dedicating his Hunter’s Moon performance to the Downworld, post-Daylighter Simon is more assured of himself than ever and more willing to fight for what he believes in. His quiet explanation why he won’t let himself be persecuted and then his being thrown in the Institute’s jail for challenging Shadowhunter authority helps give Clary the push she needs to defend her friends and stand up to Jace with a cutting line it’s hard to argue with: “Not too long ago everyone thought you had demon blood. If you weren’t a Herondale, she’d be locking you up too.”

Alec, too, had a big role to play this week, wrestling with his Clave-supporting, law-abiding ways with his love for his Downworlder boyfriend, risking his relationship with Magnus even further after the divide that was forged during last week’s body swap fiasco. And while Magnus was busy reminiscing with Dot and allowing Harry Shum Jr to show off some of his dancing skills in a very enjoyable, if random, scene, Alec was learning to trust his gut and make the right decision, which ultimately resulted in Jace declaring Alec Head of the New York Institute. Which, really, he should have been all along.

And that was one of the biggest disappointments of this episode, just how quickly the Inquisitor bought into this Jace-is-her-grandson reveal and completely accepted it immediately, using it to guide her judgement. Barely a week ago in this world, Jace was Valentine’s son and public enemy number one, but all it takes is one word from Valentine (who’s known for his truthfulness…) and the Inquisitor is handing over family heirlooms and positions of power, while ignoring those more qualified for the role because they’re in a relationship with the wrong sort of person. Jace’s own easy going along with it was a little more understandable, if a little out of character, but at least the other characters levelled those accusations at him pretty much from the get go – and, if you missed it, Maia was on hand to helpfully explain it to viewers too: Jace was falling in line in a bid to gain acceptance in his new family. 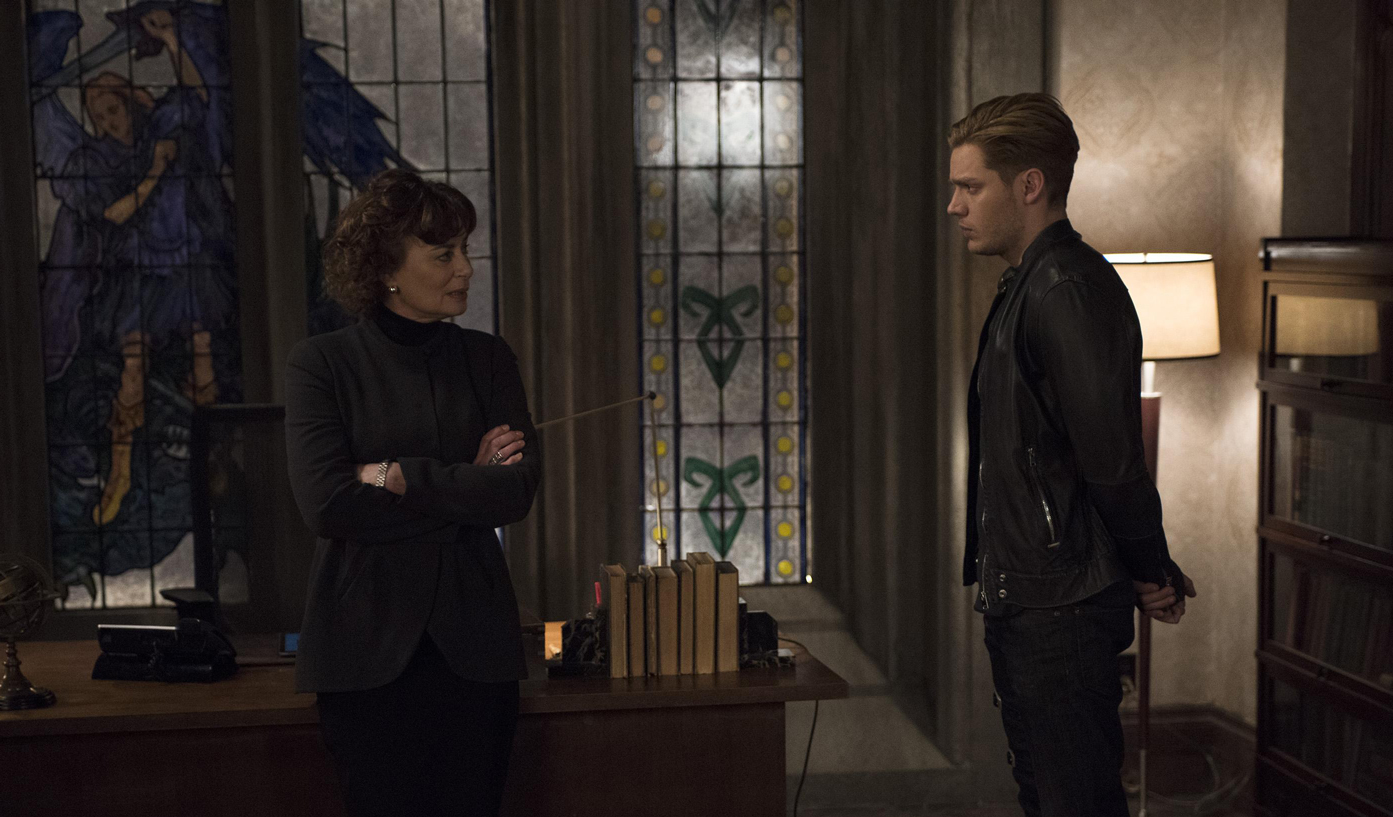 In all, ‘Those of Demon Blood’ was an intriguing episode with a disappointing conclusion, wrapping up the Shadowhunter murder mystery with the reveal that a minor character was behind it, and she was then swiftly killed and used clearly as a set up for next week’s trip to the Seelie Court. Max Lightwood’s return to the narrative was unnecessary and clearly going to cause trouble, while Maia and Jace’s bonding over lost loves was just completely uncalled for, but I’ll go with it if it means Clary and Simon get to spend that little bit longer together. Above all this episode stopped a war, but clearly showed that the embers of a revolt are burning – and they’re quick to catch. “We’re all a mix of human, angel and demon,” Jace says. “If we let the Clave forget that, we deserve a revolt.” And he’s not wrong either.

Even so, Shadowhunters has proven it doesn’t need one overarching villain causing chaos to drive plot and tension, and I’m hopeful the series will continue with that idea. Sebastian’s absence was palpable – and more than a little suspicious – but this episode did a lot to build on characters and relationships and it’s hard to fault it for that. It does still have its faults, naturally – the spinning camera around Simon’s vampire meet-up was dizzying, not suspenseful – and it may have taken three episodes to get there, but ‘Those of Demon Blood’ is the strongest of 2B so far, and Shadowhunters finally gave viewers an episode worth sticking with the season for.