When United 93 was released in 2008, the Hollywood re-enactment of that fatal flight on 9/11 was seen by some as too soon after the tragedy. Patriots Day, a recreation of the Boston Marathon terrorist attack that killed and injured so many in 2013, is made within an even shorter timeframe. How soon will it be before a tragedy occurs and the recreation is within a year? Patriots Day, opposed to the challenging focus of United 93, has more in common with Oliver Stone’s World Trade Center, as it portrays an ensemble cast in a drama that details the many stories that took place over the days following the blast.

The central character of the film is the fictional Sergeant Tommy Saunders (Mark Wahlberg). Placed on the finish line of the Boston Marathon, he is integral to the investigation following the attack and happens to be close by when the two terrorists are taken down in the suburbs of Boston. He is the glue that holds this film together and ensures that we can see the real heroes, and key events of the day: Police Commissioner Ed Davis (John Goodman) and his organisation of the police; Police Sergeant Jeffrey Pugliese (J.K. Simmons) and his success in taking down one of the attackers; FBI Agent Richard DesLauriers (Kevin Bacon), who is involved early on to direct the investigation. Each one has a story to tell, and through Saunders, we see a piece of every one. 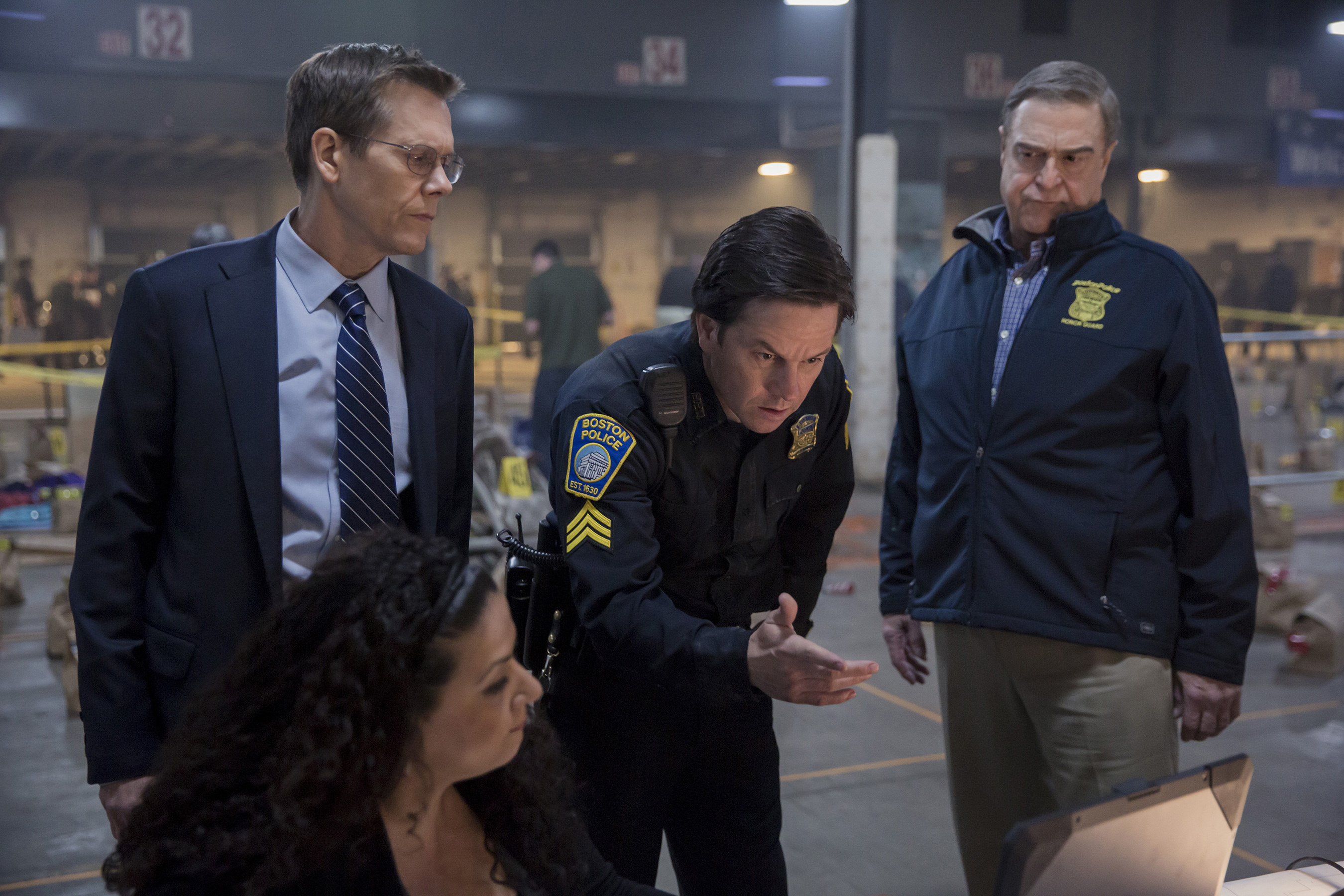 Patriots Day has all the hallmarks of a Hollywood blockbuster. It has a big name in Wahlberg to front the film, explosions and a manhunt finale. The decisions to construct the film and cast such actors do seem to sit awkwardly when watching the events play out. But it clearly aims to be more nuanced and considered than you would expect. There are many moments that seem to highlight the chaos and disorganisation that inevitably affects a situation that no one anticipates. By the same token, while one of the terrorists is portrayed as a stern, intense villain, the other is a stoner with, we are told, an unhealthy amount of pornography on his computer. These are not intelligent, targeted attacks but rather an example of unsuccessful, sad people who had little to give back to society. Director Peter Berg fuses real footage from CCTV into the film in an attempt at legitimising the film, and it does add an element of credibility to this cinematic interpretation. 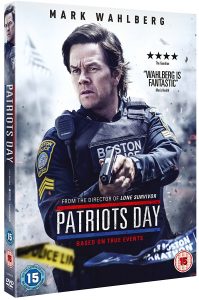 What Patriots Day does seem to lack is a clear focus. In some cases, scenes play out as a retelling, in detail, of exactly what took place. This information may be more suitable to a documentary. In some cases, scenes of the bureaucracy behind the scenes are fascinating on their own as an example of the difficult decisions that needed to be made, but it doesn’t necessarily gel with the multiple stories that are playing out alongside this moment. As the bombing takes place in the first act of the film, the length of time spent introducing victims who were injured, seems to be lost as they are not a part of the story once they are safe in hospital.

This is a respectful approach at explaining what happened on that fateful day. Patriots Day may not be the best way to tell this story but it is informative and sincere, ensuring that viewers leave the film with a better understanding of the bombing and are given hope by the strength that Boston proved in the aftermath of such horror.